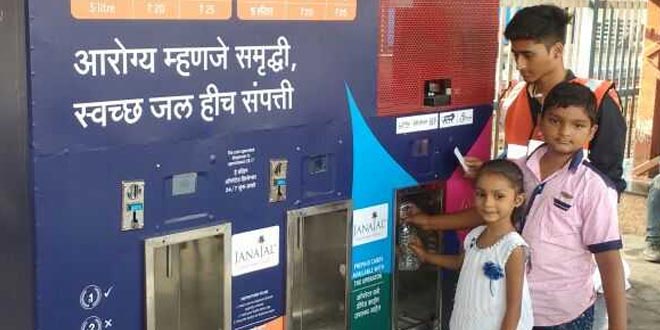 Mumbai: Did you know that 90 per cent of bottled water worldwide, including India, contains tiny pieces of plastic? In other words, it means that densities of microplastic contamination in plastic bottles varies from zero to 10,000 microplastic particles per litre. Addressing this issue, an NGO in Mumbai has come with an alternative to plastic bottles in the form of water ATMs. In April 2017, JanJal kickstarted the installation of water ATMs on Mumbai’s suburban railway stations and so far, it has constructed 100 of them.

The goal of the project, started in collaboration with Indian Railway Catering and Tourism Corporation (IRCTC), is twofold – provide quality water to lakhs of commuters in Mumbai and negate the use of plastic bottles. 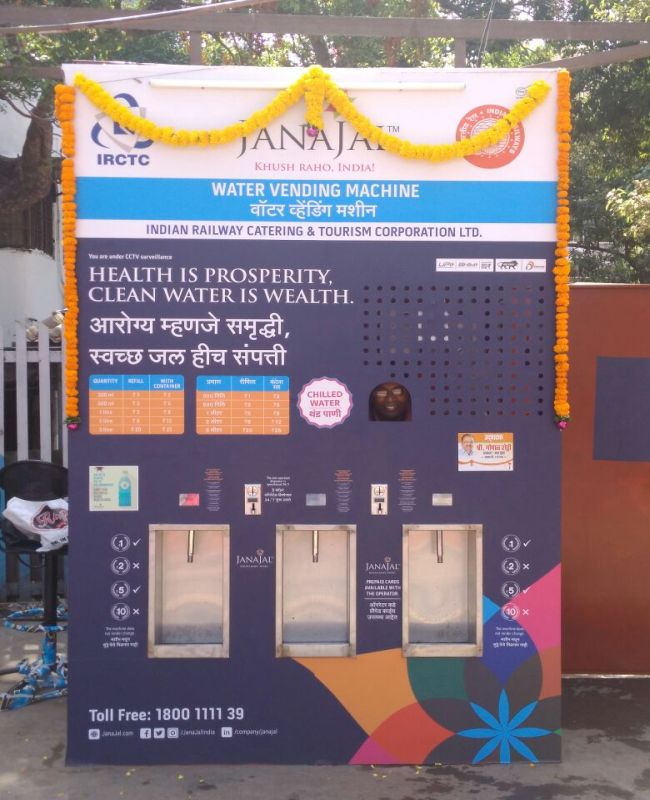 The ATMs are not just an eco-friendly option to plastic bottles but also a source of drinking water that is clean and healthy. The plastic particles released in the bottled water cause epidemics and our organisation is deeply committed towards building a healthy future.

Giving statistics about the difference water ATMs have bought, Mr Agarwal further said that on an average the 100 water ATMs on railway stations provide 2 lakh litres of drinking water, thus negating the use of nearly 2.5 lakh water bottles everyday. Looking at the success of Mumbai’s project, the organisation has decided to install 1,000 such ATMs across the country hoping to reduce plastic bottle usage by 25 lakhs everyday. 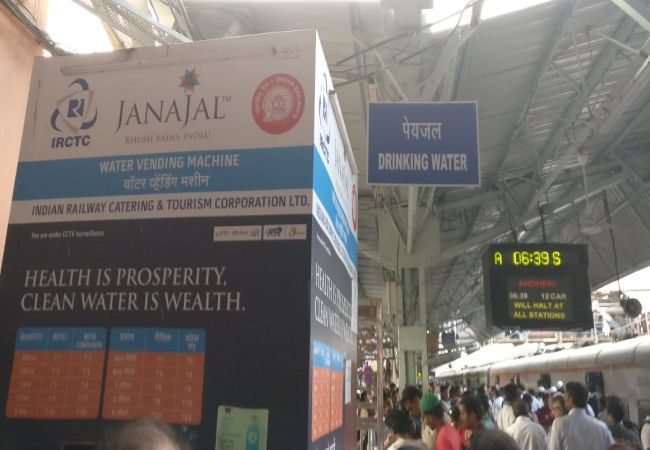 The water ATMs are also economically viable as against the price of Rs 20 for one litre bottle, the same amount of water is given at Rs 5. This cost has led to a shift in customer base as more and more people are opting for cheaper water.

A stall on Dadar station which is one of the most crowded railway stations in Mumbai, has seen a drop in PET bottle sales by 60 per cent in last one year. Babulal, who own the stall placed right next to one such water ATM says, “Ever since the ATMs have come up, the demand for plastic bottles have decreased by half. Nearby slum dwellers would earlier purchase bottled water for drinking purposes and now most of them opt for ATMs as these are cheap. With regard to daily commuters, very few people buy bottled water from us.”

The ATMs serve a commuter base of nearly seven million Mumbaikars every day. These are manned by 300 employees in three shifts. Keeping in mind the rush hours of Mumbai locals, the organisation has installed a unique IOT based touched screen technology in the machines to take water from them, “The touchscreen technology is very simple and can be used by a child as well. In case someone is not able to use it, the staff is there for assistance.

Though the recent ban on plastic items in Maharashtra have excluded PET bottles, the rate at which water ATMs are used will automatically eliminate the use of plastic bottles believes an official from IRCTC,

“We have noticed, especially in the last few months, that people either get their own bottles or they collect the water in paper cups issued at the ATMs. The non-usage of plastic bottles was promoted before the ban to help citizens get accustomed to carrying their own bottles or user eco-friendly containers like paper cups to drink water. This will smoothen the process of eliminating plastic bottles from railway platforms whenever the state government bans PET bottles,” Pinakin Morawala, Public Relations Officer, IRCTC tells NDTV.

How Kerala Fishermen Are Making Our Seas Plastic Free