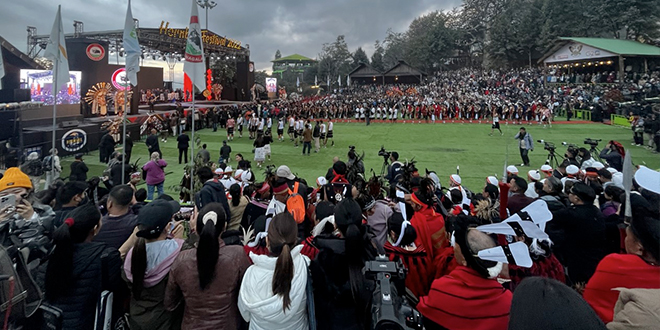 New Delhi: From the beating of the drums to the melodious tunes, from a colorful mixture of performances and crafts to a blend of games, food fairs and religious ceremonies – that’s Nagaland’s Hornbill Festival. The festival both exposes the culture and tradition of ethnic peoples and reinforces Nagaland’s identity as a unique state in India’s federal union. But, this time, there is a unique addition to the traditional festival – health. The festival is back with its 23rd edition with a special health partner – The Birds and Bees Talk.

Also Read: Let’s Talk About It: India’s First Music Album On Growing Up Launched In Manipur

The Birds and Bees Talk (TBBT) programme led by Reckitt and implemented by PLAN India is a program about growing up and life skills. To empower and educate adolescents with information on sexual health, sexual risk behaviour, gender equality, and diversity, in June 2019, Reckitt announced The Birds and Bees Talk initiative, targeting four million youth and adolescents across six North Eastern states – Arunachal Pradesh, Manipur, Meghalaya, Mizoram, Nagaland and Sikkim. A Memorandum of Understanding (MoUs) has been signed with state governments. 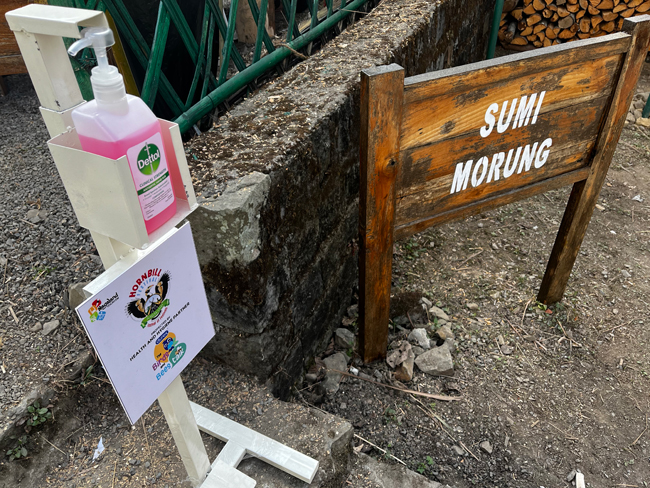 The programme equips adolescents with essential knowledge, attitudes and values that will help them grow into responsible and healthy adults. The Birds and Bees Talk engages adolescents, along with influencing stakeholders, such as teachers, parents, and community members. It has done so by developing an intensive curriculum around five core principles of the programme – Inclusion, Awareness, Consent, Equity and Protection.

As an official health partner of the 23rd edition of Hornbill Festival 2022 in beautiful Kisama Heritage village, Kohima, The Birds and Bees Talk programme aims to take the conversation a step ahead. Talking about the same, Gaurav Jain, Senior Vice President, South Asia, Reckitt said,

Reckitt aims to protect, heal and nurture in the relentless pursuit of creating a cleaner and healthier world. Reckitt’s Economic and Social Impact initiatives contribute to 13 of the United Nation’s Sustainable Development Goals to help people in India lead healthier and more hygienic lives. Northeast India is a strategically important region for us to make a significant difference to the health of the country. Our collaboration with the prestigious Hornbill Festival is our way of ensuring that our vision of One Health, One Planet, One Future is taken forward by the young adults and youth in the Northeast.

Temjen Imna Along, Minister Higher Education and Tribal Affairs, Government of Nagaland expressed his happiness over the partnership and said,

The Land of festivals, Nagaland is proud to host the 23rd edition of Hornbill Festival and with The Birds And Bees Talk being health partner for the festival, together we stand strong for the youth of Nagaland by making their future healthier and happier.

We are delighted to be the ‘Purpose Partners’ at the iconic Hornbill Festival with our Durex ‘ The Birds and the Bees’ initiative. This festival which celebrates the Northeast region’s unique culture and traditions is an ideal platform for us to reach out to the youth who will enable us to create a healthier and more progressive India where we ‘Leave No One Behind’. 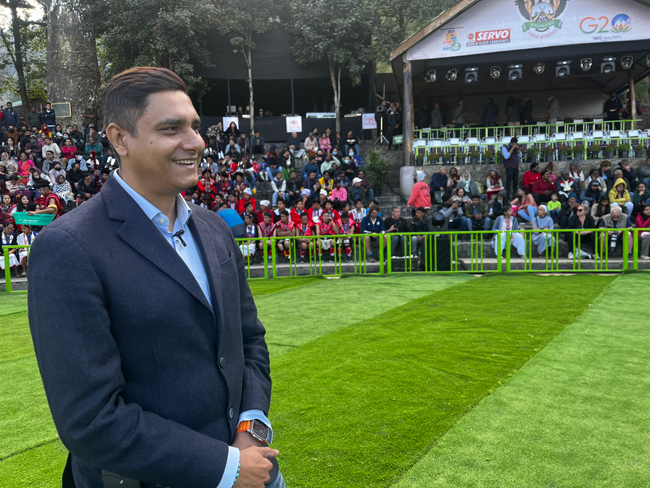 Ravi Bhatnagar from Reckitt at the Hornbill Festival

The Hornbill Festival starting from December 1, which also marks World AIDS Day, will be inaugurated by Vice President Jagdeep Dhankar. There will be a 10-day exhibition by The Birds and Bees Talk Programme which will include ‘run to learn’. The marathon will be to learn about the five key things – Inclusion, Awareness, Consent, Equity and Protection.

Related Topics:
Health Reckitt’s Commitment For A Better Future Swasth India
Up Next

“Awareness About HIV/AIDS Have Reduced Stigma Around It”: Mona Balani, HIV/TB Activist