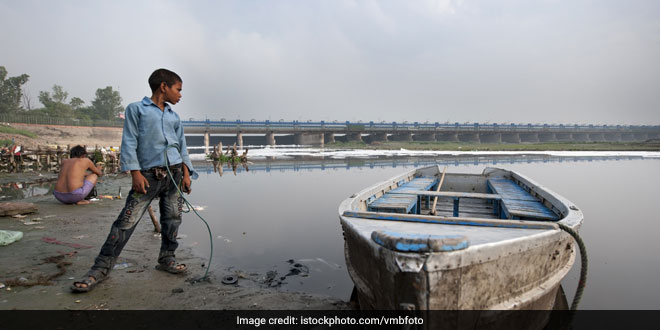 New Delhi: The National Green Tribunal (NGT) has directed the Haryana and Uttar Pradesh (UP) governments to inform it within two weeks on the status of setting up full-time committees for cleaning of river Yamuna. A bench headed by NGT Chairperson Justice Adarsh Kumar Goel said it may take coercive measures in the event of failure to comply with its order. The tribunal on July 26 had formed a monitoring committee comprising retired expert member B S Sajwan and former Delhi chief secretary Shailaja Chandra on the cleaning of the Yamuna.

It had also asked the Haryana and Uttar Pradesh governments to consult the members of the monitoring committee appointed by this tribunal for constituting their own full-time committees. The tribunal expressed displeasure that despite its specific order the status of the compliance was unknown, and said there appears to the failure of the authorities in performing their duties, undermining the rule of law.

“This tribunal also directed the States of Haryana and UP to appoint full-time committees for execution of directions of this Tribunal and for dealing with the issues of pollution of the river stretches flowing in the said states and joining the Yamuna. If the same has not been done, it must be done and the report be filed by the Chief Secretaries of Haryana and UP before this tribunal positively within two weeks. Any failure in this regard may result in coercive measures being taken by this tribunal,” the bench said.

The reports of the Chief Secretaries of Haryana and UP would be considered on December 18, the tribunal said. The direction came while hearing a plea filed by Ghaziabad resident Sushil Raghav and others alleging pollution of river Yamuna on account of polluted Sahibabad drain and Indrapuri drain. The plea said that Eastern Yamuna Canal meets the Shahdara drain, flowing into the river Yamuna, apart from stormwater drains in the city of Ghaziabad.

It alleged that UP State Industrial Development Corporation has failed to install common effluent treatment plant of adequate capacity to treat the polluted water. Taking note of the plea, the NGT said that the issue can be looked into by the monitoring committee constituted by the tribunal itself and asked the applicant to furnish a complete set of papers to the panel.