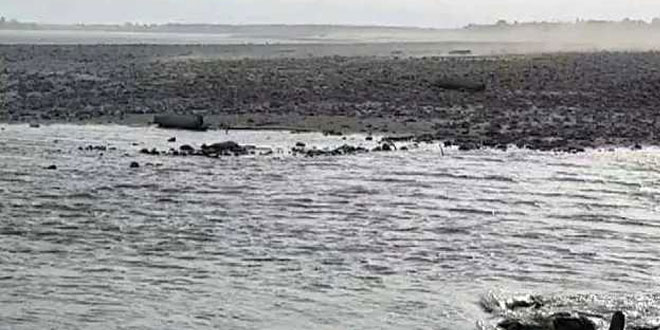 New Delhi: A comprehensive study to assess the minimum required environmental flow of the Yamuna river will be undertaken by the government, according to officials. The decision to undertake the study was taken on the recommendations of a monitoring committee appointed by the National Green Tribunal (NGT) to look after the cleaning of the river, they said. The members of the National Mission for Clean Ganga which was launched by the Ministry of Water Resources, River Development, and Ganga Rejuvenation in 2014 are in talks with the National Institute of Hydrology (NIH) to carry out the study, the officials said.

Also Read: Toxic Materials In Idols Behind Spike In Heavy Metals In Yamuna After Immersion, Says The NGT Formed Committee

The monitoring committee in its action plan submitted in October 2018 had recommended that a study to assess the environmental flow of the Yamuna River for the stretch between Hathanikund and Okhla must be carried out. It had said the river is “fighting to stay alive” and it would not be possible to rejuvenate it unless the minimum environmental flow is provided as it is “virtually reduced to a trickle and remains dry in some stretches for almost nine months of the year”.

In a meeting held between the monitoring community and experts, it was discussed that the environmental flow of 10 cusecs (cubic foot per second) observed to be released at Hathanikund was “completely insufficient” to maintain the uninterrupted flow of the Yamuna, the officials told PTI. Following which, they said, it was decided that a study to assess the minimum required environmental flow of the Yamuna river will be undertaken by the Ministry of Water Resources, River Development, and Ganga Rejuvenation.

D P Mathuria, Executive Director at the National Mission for Clean Ganga, in a letter to NIH Director said that to ascertain the amount of flow and to maintain the longitudinal integrity of the Yamuna in the stretch downstream of Hatanikund to Agra, it is necessary to have a comprehensive study involving supply and demand of water to return the flow. He said in the letter,

It may take around four months to complete the study, the letter, written in December last year, had said. E-flow is a regime of flow in a river that mimics the natural pattern and refers to the quality, quantity, and timing of water flows required to maintain the functions, processes and resilience of aquatic ecosystems that provide goods and services to people. Water activist Manoj Misra said the effort would be worth only if the study is conducted by “independent organisations that do not have and biases”.  He said,

The study should be credible and inclusive only then it would help in achieving its aim. It should be transparent and public and experts must be kept in the loop. Secondly, it should also be carried out in a time-bound manner.