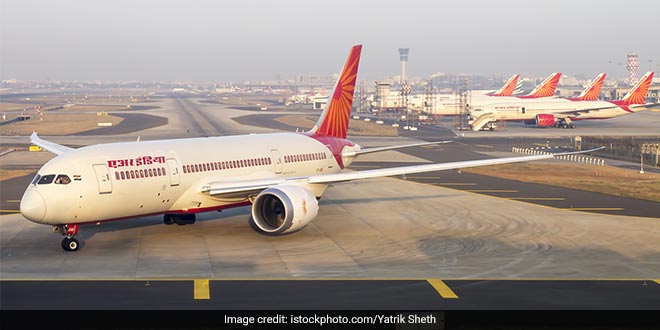 New Delhi: India’s national carrier has announced a ban on single-use plastic items on its airlines from October 2. The announcement was made by Air India Chairman and Managing Director Ashwani Lohani in a media workshop held in New Delhi on Thursday. The ban is in line with Prime Minister Narendra Modi’s call to eliminate single-use plastics from the country by 2022.

From October 2, we are going to completely ban the use of plastics in Air India and the low-cost subsidiary Air India Express

The ban will be imposed on products like bags, cups, and straws on all its flights, in two phases.

In line with PM @narendramodi's call to ban Single-Use Plastics, @airindiain is going to ban single-use plastic from Oct 2. In 1st phase, it will implement measures on all flights of Air India Express & Alliance Air. In 2nd phase, it will be implemented on all Air India flights. pic.twitter.com/fSF7pFb3E0

India is committed to banning single-use plastic by 2022 as per PM Modi’s commitment World Environment Day 2018 (June 5). Prime minister Modi has been reiterating this deadline and calling for concerted effort to fight plastic menace. Now the expectation is that India will officially announce a ban on single use plastic on October 2, when 150th birth anniversary of Mahtma Gandhi is celebrated. The ban is likely to cover six items of plastic bags, cups, plates, small bottles, straws and certain types of sachets.

In Fitness, There Is Zero Investment And Unlimited Returns, Says PM Narendra Modi At The Launch Of Fit India Movement