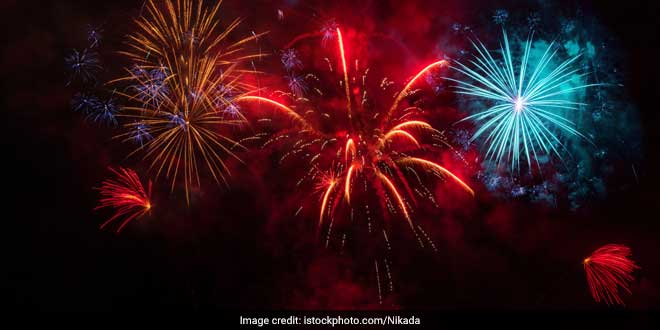 CPCB Chairperson S P Singh Parihar called on the DMs of Noida and Ghaziabad to step up and take extensive ground actions to prevent polluting activities. The CPCB asked the officials to ensure that orders of the Supreme Court on regulating the bursting of crackers are complied with during Christmas and New Year celebrations.

The court had directed that bursting of crackers on Diwali and other festivals be limited to two hours and only “green firecrackers” be sold in Delhi and the National Capital Region. However, gross violations of the order were observed during Diwali with rampant burning of toxic firecrackers across the country. The unabashed violations of the apex court imposed restrictions have cast doubts whether such orders can be enforced in such short time, but legal experts say that the order is certainly implementable in the long run.

The CPCB had earlier noted that the Diwali in Delhi was more polluted this year than in 2017 and a thick haze had engulfed Delhi the morning after Diwali after Supreme Court orders were defied. Delhi- NCR recorded worst air quality of the year and the pollution level entered the “severe-plus emergency” category or 10 times the permissible limit.

Also Read: With A Meagre Score Of 4.7%, Gurgaon Fared Worst In Dealing With Pollution Complaints In November, Says CPCB

Police had registered over 550 cases and arrested over 300 people for violating the apex court’s order on November 8, a day after Diwali. On the day of the festival, 2,776 kgs of crackers were seized, 87 people arrested and 72 cases registered in connection with the illegal sale of firecrackers. The CPCB, in its notice to the DMs, observed that in Ghaziabad, 45 temporary licences were issued for sale of firecrackers.

“However, no verification or compliance status of licence conditions have been reported,” Mr. Parihar said in the notice. In Noida, 83 licenses were issued for sale of green firecrackers and affidavits were taken from licence-owners stating that they would comply with the apex court directions, the notice read, adding that action taken against violators was “unsatisfactory”.

“As per report received, actions taken were unsatisfactory to curtail the higher air pollutant levels and additional measures for control of air pollution are required as air quality is a major concern during winters,” Mr. Parihar said via notices. The CPCB sought reports on the issue by January 7.

Meanwhile, citizens continue to struggle to breathe clean air. Nidhi, a resident of Ghaziabad raised concern over firecracker burning at weddings and parties. She said,

This is a season of weddings and celebrations, one can see firecrackers bursting everywhere almost every day. It is good that CPCB has been regularly directing the local authorities to ensure adherence to the anti-pollution directives but wedding and parties are still missing from its mandate.

According to experts, law enforcement agencies must be made accountable for the breaches of the firecrackers restrictions. The lack of accountability and auctions against violations of the restrictions in Ghaziabad and Noida may worsen the current status of the implementation score of the two cities which are 28 per cent and 30 per cent respectively, according to a recent CPCB report. Implementation score is the ratio of actions taken to the number of complaints filed. In order to improve the score in the report for December, the cities need to step-up and adhere to the anti-pollution directives and firecracker restrictions, apart from acting swiftly on consumer complaints.