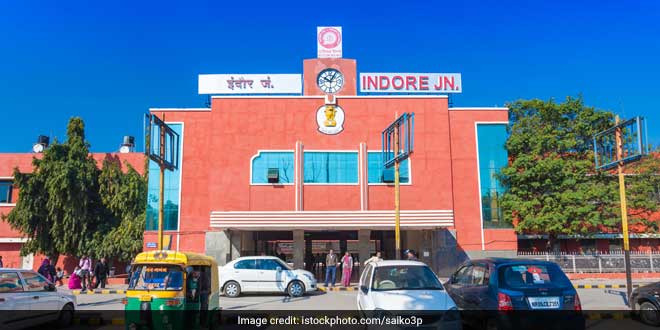 New Delhi: Indore has won the title of cleanest city of India for two consecutive years and looks like that is not going to stop the city from aiming even higher. According to an official from Indore Municipal Corporation (IMC), the city has met all the protocols required by the Ministry of Housing and Urban Affairs (MoHUA) to gain a seven-star rating under Swachh Survekshan 2019. The Star-Rating Protocol of Garbage Free Cities was launched by MoHUA earlier this year. The 7-star rating is the first-of-its kind rating tool for assessing cleanliness of cities and towns in India, designed on a SMART approach that stands for Single metric, Measurable, Achievable, Rigorous verification and Targeted towards outcomes.

Indore is the first city to apply for a seven-star rating and as per IMC Swachh Bharat Abhiyan consultant, Arsad Warsi, Indore has met all the criteria like 100 per cent door-to-door waste collection, 100 per cent waste treatment and waste free local water bodies. The city has also successfully eliminated the legacy waste which means decade-old landfill has been cleared and the waste has been treated – making it a zero-landfill city.

The survey will be conducted in the city for a period of 4-5 days by a ministry official and is expected to take place in the last week of December.

When asked about what the city will focus on when it comes to Swachhta once they obtain a 7-star rating, Mr. Warsi said that there are endless opportunities to try out in the city.

We have introduced household organic waste composting and 25,000 houses across the city are already following the practice so that is something we can dive into as there’s a lot of potential in composting and it would be a great process to be followed by the entire city. We are also encouraging our citizens to produce less waste by raising awareness about the difficulties that can arise due to unmanaged waste and I can gladly say that 2.5 gm waste per capita has been reduced in return for our efforts.

An awareness campaign on home composting was organised by Indore Municipal Corporation in the residential areas across the city. Residents were informed how composting is a smart way to ensure that the environment stays healthy.#MyCleanIndia#SwachhBharat pic.twitter.com/yKlqfil9Du

The city was also the first city to be declared as ODF ++ (Open Defecation Free Plus Plus) late November for achieving sanitation sustainability. ODF centers around ending open defecation whereas ODF++ is mainly focused on the processing and disposal of fecal sludge and septage. Indore’s Mayor Mrs Malini Gaur tweeted to announce the achievement of this new milestone.

Congratulations Indore! Indore after being number one cleanest city twice is number one in ODF ++ now. Country’s first city to be ODF ++ and has secured the full 250 marks for the Swachh Sarvekshan 2019. Indore is number one..Indore will be number one!

Also Read: Tying The Knot In Indore? Here Is The Civic Body’s Gift For A Swachh Marital Life

If Indore successfully receives the 7-star rating, it will get a head start in the Swachh Survekshan in 2019 as it will bag another 1000 points in their Swachh Survekshan points-bank. This will be in addition to the 250 points they received for declaring the city ODF ++ and therefore city’s analysis will begin with 1250 points in hand.