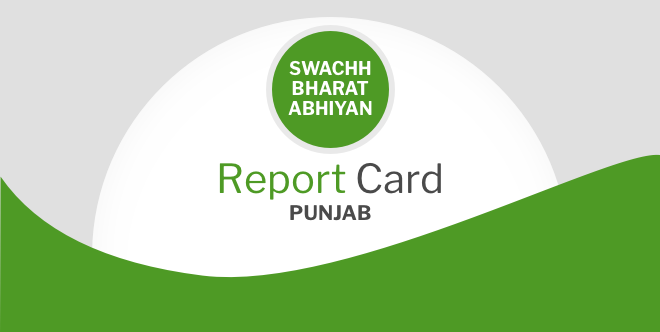 New Delhi: Punjab, the land of five rivers, has undertaken an ambitious plan to build a Tandarust (healthy) state, and providing safe sanitation facilities, along with proper waste management systems in place. Punjab, which has had a history of better rural sanitation coverage compared to other states, today boasts of being completely open defecation free (ODF) in its rural areas. With 100% rural sanitation coverage, Punjab has moved up from having rural sanitation coverage of 75 per cent in 2014, when the Swachh Bharat Abhiyan began. In June this year, Punjab’s rural areas were declared ODF with nearly 3 lakh toilets constructed in the past four years across all 13,736 villages and 22 districts in the state.

Despite comparatively healthy sanitation coverage of 75 per cent, Punjab’s open defecation crisis lies elsewhere. Agrarian Punjab, where many people would go to work early in the morning to their fields, had no option but to defecate in the open. Lack of toilets in households prompted people to defecate in the open. Further, a section of the rural population were under the false impression that building and maintaining toilets were a costly affair, and so avoided building of toilets overall. But a diligent campaign on behalf of Punjab’s districts ensured that a successful door-to-door campaign to educate people about the importance of safe sanitation. Nearly 3 lakh (2,92,000) toilets have been built across rural Punjab in the past four years.

Last year, we had built a little above 2 lakh toilets till October, and planned to finish constructing the remaining 90,000 toilets by December 2017. From the beginning of this year, verification of ODF villages had begun. In June, we declared rural Punjab open defecation free. We are continuing with internal cross verifications, though no discrepancy has come to our notice till now, said Suresh Kumar, Principal Secretary, Rural Sanitation, Punjab.

With rural Punjab becoming ODF, the rural sanitation department has now undertaken campaigns to reach out to people and ensure that the behavioural change among people sustains. Apart from encouraging people to use toilets, the rural sanitation department is also encouraging people to segregate and manage waste, so that unplanned waste disposal does not result in clogging of drains, resulting in unusable toilets. 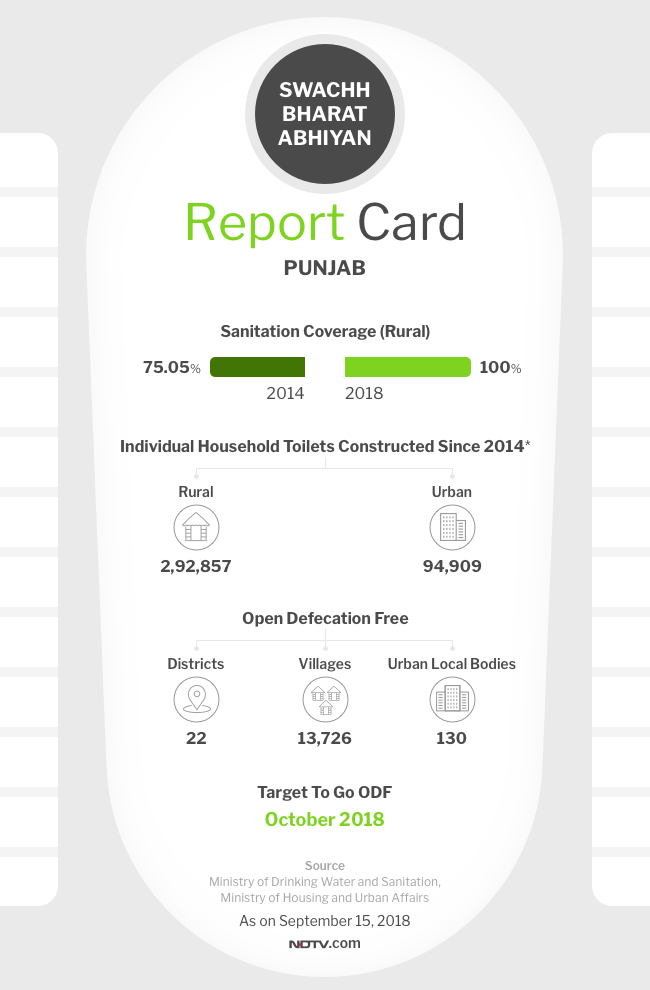 ODF plus is definitely something we are looking at, though our priority now is to ensure that people use the toilets that have been built across rural Punjab. During information, education and communication activities, we have asked people to begin waste segregation and dispose waste only in designated spaces. We do not want people to revert to open defecation, if toilets become unusable, said Mr Kumar.

If rural Punjab has become open defecation free, its urban counterpart is not far behind. 130 urban local bodies (ULBs) in Punjab are open defecation free, and 37 more are scheduled to go ODF by October this year. Earlier in June, Punjab’s Urban Local Bodies Minister Navjyot Singh Sidhu said that by June end, all ULBs in Punjab would become ODF, but the deadline was not met. The Punjab government is confident of declaring its ULBs ODF by October this year. So far, the state has constructed over 94,000 individual household toilets in 167 ULBs and 7,221 public and community toilets.

Though we have not met the June deadline, we are confident of declaring all our ULBs ODF by October, as work is progressing smoothly. The non-ODF ULBs are focusing on building of public and household toilets. Over Rs 40 crore has already been spent in upgrading all ULBs across Punjab. By October, we are confident of becoming ODF across all urban areas in the state and join rural Punjab in becoming a wholly ODF state, said Ajoy Sharma, Director, Swachh Bharat Abhiyan (Urban), Punjab.

The concept of a Tandarust (healthy) Punjab is gradually gaining ground across the state, and the focus on Punjab’s health has translated into active participation by people in improving the state’s waste management infrastructure. No city from Punjab made it to the top rankings in this year’s Swachh Survekshan, and poor waste management across the state was the reason why major cities in Punjab struggled to board the cleanliness bandwagon. With its ODF status nearly cemented by October 2018, Punjab can now concentrate on additional areas such as waste management and air pollution to turn its dream of ‘Tandarust Punjab’ into a reality.