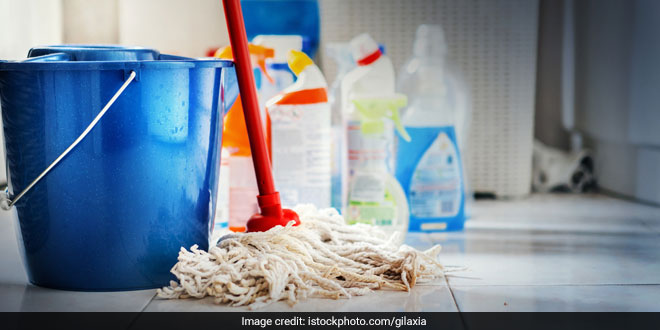 New Delhi: Supreme Court Judge Madan B Lokur on Friday said besides construction and maintenance of washrooms in over 16,000 courtrooms, a mechanism needs to be devised to deal with garbage and also to weed out old case files. He was speaking at a pre-launch function of ‘Swachh Nyayalaya project, which would be inaugurated on the occasion of Law Day on November 26 by Chief Justice of India Ranjan Gogoi. The project, which is ostensibly on the lines of the Centre’s flagship scheme Swachh Bharat Abhiyan, would be undertaken by NITI Aayog and the Union Ministry of Drinking Water and Sanitation along with the Department of Justice and would include construction of new toilets in court complexes in the country, besides maintaining existing ones.

He stressed the need to take up the project in “broad perspective” and said it should not remain confined to toilets and washrooms only. “You see we have a process of weeding out of files, so when a case gets disposed of, it is not that it is going to be there forever. Of course, there are certain categories of cases which needs to be there forever, which are of historical importance, and so on but if you are in a position to weed out the files on a regular basis, there is a lot of space that can be generated,” Justice Lokur said.

Also Read: Supreme Court Bans Bharat Stage-IV Vehicles To Be Sold Or Registered Across The Country From April 1, 2020

He then gave the example of the apex court and said that by weeding out old and unnecessary files, a large bar room has been made here. Justice Lokur did not agree with the deadline of 2020 fixed by government agencies to complete the Swachh Nyayalaya project and said that it can be completed within a span of six months and asked the agencies to include PWD also with the project. The function, in which a presentation was made about the project, was attended by the CJI and justices Kurian Joseph and A K Sikri. Niti Ayog head Amitabh Kant also addressed the gathering. The ambitious project would cover all the Supreme Court, all the high courts and 3,388 subordinate courts and would incur a cost of Rs 500 crore. Under the project, toilets for people with disabilities and male and female lawyers and litigants would be built. These toilets will be equipped with vending machines that will dispense sanitary napkins, toilet paper, band-aids, etc. Garbage segregation in courts is also being planned.