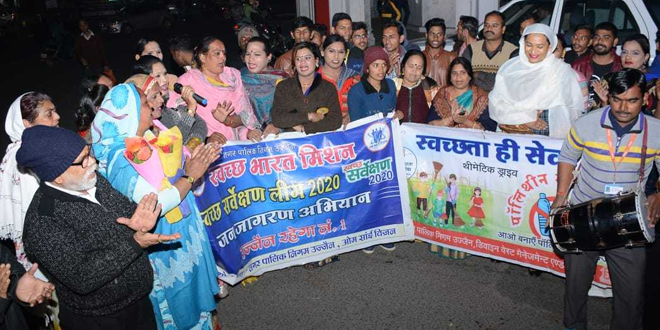 New Delhi: With an aim to encourage people to adopt a cleaner lifestyle and hygienic habits, the Ujjain Municipal Corporation (UMC) has started a new campaign under which the members of the transgender community are on the forefront to spread the message of cleanliness. According to Rishi Garg, Commissioner of Ujjain Municipal Corporation, the campaign is an attempt to intensify Swachh Bharat Mission in the city and the transgender community will be going door-to-door to create awareness. While talking to NDTV about the initiative, he said,

Since ancient times, we have seen that the members of the transgender community have been considered to be very persuasive. We want to use this to spread the social message of leading a hygienic and healthy life and through them we want to reach everyone in the city. Through this initiative, we are also trying to say that Swachh Bharat Mission is a people’s movement and everyone has to participate and make cleanliness a part of their life.

The volunteers have been given a short training to help them understand Swachh Bharat Mission and the message that they are expected to deliver to people including waste segregation at source, using dustbins, and keeping the surroundings of their houses and shops clean, said Mr. Khobragre. He asserted,

Transgender are socially boycotted community and so connecting with a large number of people for an important social cause seemed attractive to them and they readily agreed to join hands with UMC. More and more members of the Transgender community will be encouraged to volunteer in the campaign. UMC will train the new volunteers on the content of the message and will help them to understand various tenets of cleanliness starting from hand washing to separating dry and wet waste at home.

Shabnam Bua told NDTV that the community members visit every house in their respective areas and keep checking on people if they keep their houses clean or not. “We give blessings to those who keep their houses clean and lecture the ones who do not”, she said with a chuckle. According to Shabnam Bua, the community members visit the residential places in the morning and commercial places in the evening when UMC sends its garbage collection truck.

Mr. Garg shared that at first, the campaign faced difficulties as the people of the city hesitated to engage with the members of the transgender community but as people traditionally believe in the power of their blessings, they eventually started listening to what the community members had to say.

He also added that with this initiative, UMC targets to retain its 2019 number one ranking among cities with a population of 3-10 Lakhs, in the upcoming Swachh Survekshan.