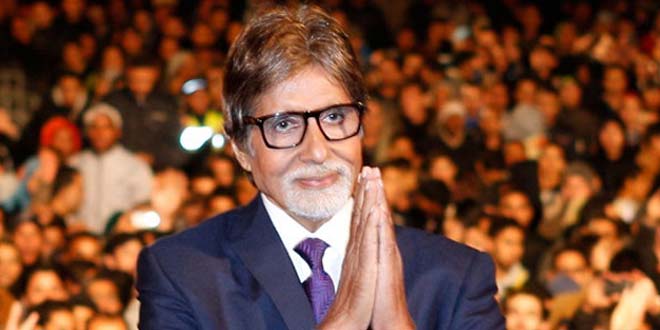 New Delhi: “If every village becomes open defecation free, you will see that diseases will disappear,” tweeted Amitabh Bachchan on May 29 extending support to the Ministry of Drinking Water and Sanitation’s soon to be launched ‘#DarwazaBand’ campaign. The multi-media campaign which will play out on radio, television and billboards seeks to educate people the importance of using toilets and mitigating the prevalence of health problems linked to open defecation.

Mr Bachchan who has been a campaign ambassador for the Swachh Bharat Mission for a while now, previously participating in media campaigns to encourage people to stop defecating in the open and take up composting, will be seen educating people about how open defecation leads to diseases that impact their own families and children. This will focus on the vital link between Swachh Bharat and Swasth Bharat.

The #DarwazaBand campaign will be rolled out by the Ministry of Drinking Water and Sanitation on May 30 with support from the World Bank. The campaign has been developed in response to various reports that have indicated that building individual household toilets does not automatically mean that people stop defecating in the open.

In the past 2.5 years, we have built a lot of toilets, over four crores of them in the rural areas. However, we realised that not everyone is using them. Especially the men, Gajendra Pratap Singh, Consultant, Swachh Bharat Mission-Gramin, Ministry of Drinking Water and Sanitation tells NDTV.

“This campaign is the next step. It focuses on behaviour change. We want everyone to understand the importance of using a toilet, how ‘bolting a door’ in a toilet bolts the door on diseases and health problems that are caused due to open defecation—how by just using toilets we can have safer and healthier families, communities and individuals,” Mr Singh explains.

Actor Anushka Sharma will also be an ambassador for the campaign.

The campaign will first be launched in Hindi and will then be rolled out in different regional languages and is expected to run for at least six months.