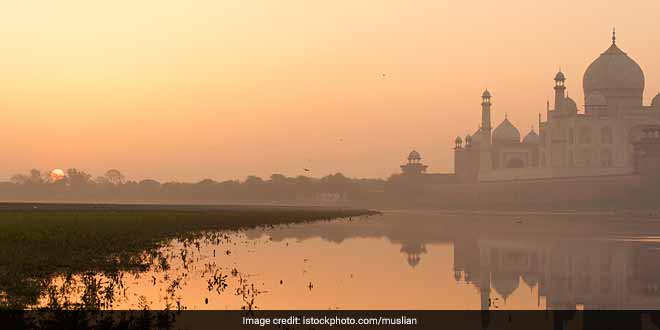 New Delhi: Agra is synonymous with the Wonder of the World, the breathtaking Taj Mahal. But there is more to Agra, a close brush with history as one explores monuments, indulging in the city’s sumptuous delicacies and the famous sweet pethas. But as one soaks in the sights and sounds of this historic city, one cannot help but notice heaps of garbage around the city. One of the world’s most popular tourist destinations, Agra is visited by 7 million people from all over the world, but the city has largely remained unclean, with basic civic amenities missing in many parts of the city. Not surprising then that last year Agra ranked a low 263 out of 434 cities in the cleanliness survey. This year it moved up 161 spots to be ranked 102nd out of 4,023 cities surveyed in Swachh Survekshan 2018.

Last year, following Agra’s poor performance, the civic body decided to appoint four additional zonal commissioners, who continuously monitor cleanliness efforts in the city. The Agra Municipal Corporation has expressed happiness with the ranking, saying that with limited resources and less than a year to work towards a turnaround, the civic body has done remarkably well. Agra Municipal Commissioner (AMC) Arun Prakash says that the appointment of four zonal commissioners has helped in making the city cleaner.

Despite staff crunch, we decided to appoint four zonal commissioners who monitored waste collection activities in their jurisdiction, and also supervised the construction of toilets and their maintenance. Division of the workload has helped, as waste management and public sanitation has improved in Agra, said Arun Prakash, Municipal Commissioner, Agra Municipal Corporation.

AMC has purchased 20 new garbage collection vehicles, which are collecting garbage regularly from all the wards in the city. The AMC plans to increase the fleet this year to 50 vehicles, so that garbage can be collected from all the wards twice a day. The municipal body is also installing underground dustbins in areas which see high garbage generation. With the door-to-door waste collection covering 45 per cent of the city’s total households, the AMC is aiming to cover all households by next year. The AMC also plans to build 70 to 80 more public toilets this year to ensure that more people have access to safe sanitation.

“We are also finalising the plans to set up a modern, scientific waste treatment plant. Once that is constructed by 2020, Agra will be one of the cleanest cities in the country, as we have already taken major steps towards achieving that target,” said Mr Prakash.

Locals in Agra had a slightly different view of the Survekshan’s results, with some claiming that there was no visible improvement in many parts of the city. Surendra Sharma of the volunteer group Clean Up Agra, said that in areas like Mohanpura, Gailana, Baluganj etc. waste piled up regularly and collection was irregular. River Connect Campaign, an NGO which has been campaigning for a clean Yamuna expressed its disappointment with the Survekshan results, saying that Agra has not done much to be so close to the top 100 cleanest cities in India.

“Even today, plastic waste near the Yamuna river is a major problem. Tonnes of plastic in the riverbed has resulted in water level of the Yamuna go down. The AMC has not done anything to clean up the riverbanks, or penalise people who pollute the river by throwing plastic waste. These are the problems the civic body needs to focus on,” said Harendra Gupta of River Connect Campaign.

The Agra Municipal Commissioner said that the city was still trying to climb up the Swachh ladder, and it will take time before all the benefits from the AMC’s efforts become evident. Agra’s civic body is confident of a similar jump next year, and sees no reason why something like that cannot happen with the progress AMC is making in improving the city’s civic facilities. The locals of Agra are of the view that whatever be the city’s rank on paper, the civic body’s work must make a visible difference on ground for the impact to be felt.