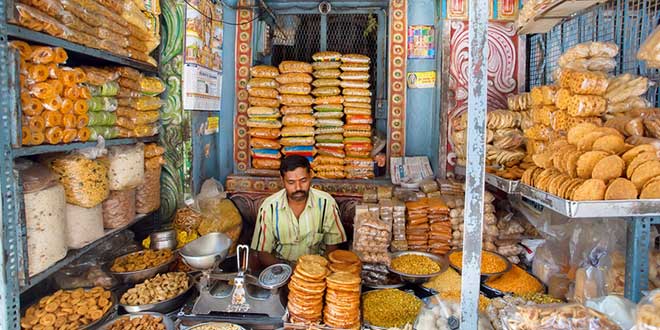 Mumbai: In a major relief to the retailers across Maharashtra, who are facing the brunt of the plastic ban, the state government has diluted the ban on retail packaging. The exemption will be effective from today (June 28), said state environment minister Ramdas Kadam who spearheaded the ban. On Wednesday, the minister said that retail packaging of more than 250 grams will be allowed on their premises and must be sent for recycling. The decision comes two days after Federation of Retail Traders Welfare Association (FRTWA) threatened to strike against the ban on retail packaging.

Plastic ban relaxed for the general stores & grocery stores which sells loose products like oil, rice, sugar, etc in retail packaging. This will be effective from tomorrow, 28th June. Ban on the use of plastic by the public continues,” Mr Kadam told ANI. The exemption is only applicable for food items as they lack a viable alternative to plastic packaging.

Plastic ban relaxed for the general stores & grocery stores which sells loose products like oil, rice, sugar, etc in retail packaging. This will be effective from tomorrow, 28th June. Ban on the use of plastic by the public continues: Ramdas Kadam, Maharashtra Environment Min pic.twitter.com/05kowXx0c8

The minister further said that retailers will have to create a provision where plastic that goes out from the shop returns under the buyback scheme in the next three months. The exemption will be reconsidered if they fail to fall in line, the minister said.

Two days ago, over 1,500 retailers from various associations of traders and manufacturers held a meeting in Goregaon East to discuss the repercussions of the state-wide plastic ban.

“The ban has already caused a 50 per cent drop in retailers’ business due to lack of plastic packaging alternatives and a fear of punishment,” the President of Federation of Retail Traders Welfare Association (FRTWA) Viren Shah had claimed during the meet.

“Over 3 lakh kirana stores across Maharashtra are suffering from huge business loses. More than 2,000 kirana shops are closed in the state which has led to multiple problems including perishables items going to waste and sales of milk/juices going down by almost 25 per cent.” Mr Shah had said. The welfare association had threatened to strike if the government would fail to reconsider the ban and allow plastic packaging in the next seven days.

Besides, Mr Kadam also announced that no penalty will be imposed on garbage bin liners and takeaway plastic containers used by the restaurants for now. The issue is presently under consideration and a decision will soon be taken.

Items That Are Banned

Items Under Consideration Of State (No Action On Using These Items)

Items Excluded From The Ban

Also Read: Maharashtra Plastic Ban: How Prepared Are Wholesalers, Street Hawkers, Restaurants In Mumbai To Get Rid Of Plastic?