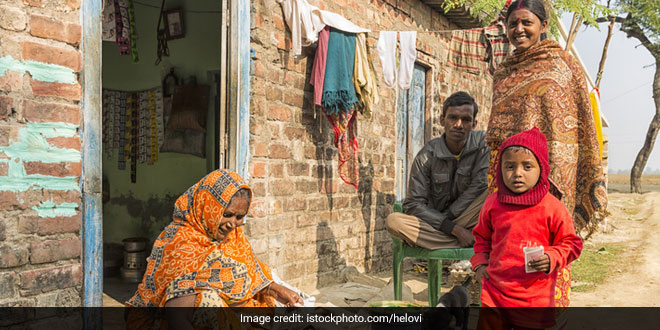 New Delhi: In July 2017 Chief Minister of West Bengal Mamata Banerjee announced her resolution to reduce under-nutrition and anaemia amongst women and children in a targeted manner by 2020. For this, the state of West Bengal launched a state-level nutrition mission. According to the fourth and latest National Family Health Survey (NFHS 4), the state was indeed able to achieve some reduction in malnutrition and improvement in child healthcare. However, anaemia continues to remain a massive challenge as more than 50 per cent of children under five years of age and more than 60 per cent of women in the childbearing age group are still anaemic. In a bid to increase the healthcare for new mothers and babies, the state government proposed setting up of 13 Mother and Child Hubs in the state budget of the current year. The aim of these hubs is to ensure quantitative and qualitative improvement in maternal and child health services at hospitals where the number of patients is high.

Here are some of the major health indicators that show the achievements of the state and the challenges facing it:

The survey also reports that about 63 per cent of women in West Bengal have anaemia. The report finds that Anaemia is particularly high for women who are breastfeeding. As per NFHS-4, anaemia among women has decreased marginally (by 1 percentage point) since NFHS-3. 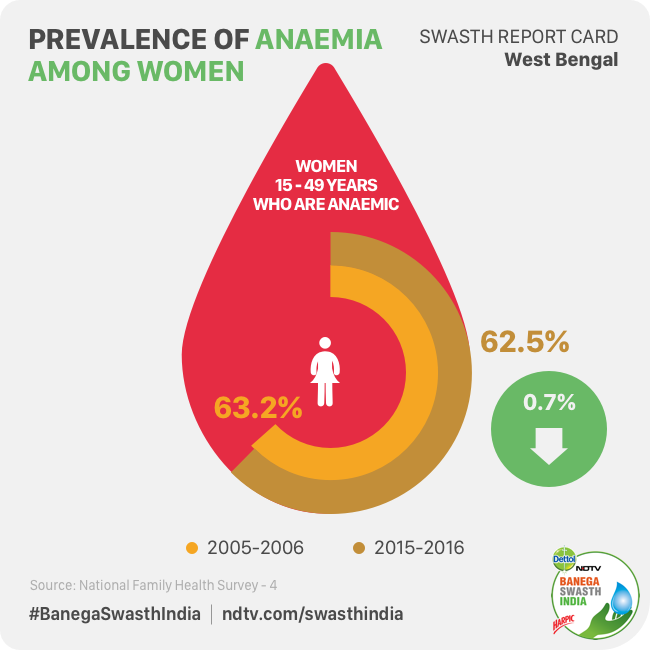 Anaemia in women is a major concern in West Bengal