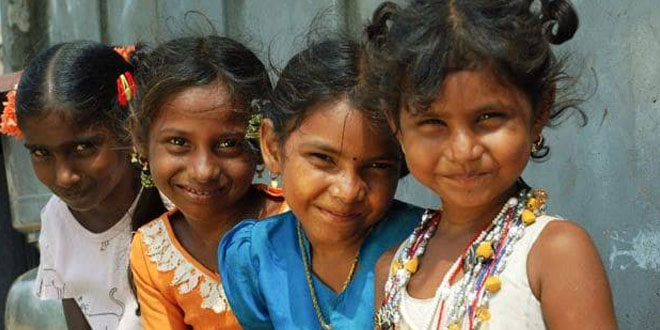 Kolkata: The West Bengal government and UNICEF have come together to implement a five-step agenda laying stress on empowering families and building a healthy food environment to fight the triple burden of malnutrition, according to a minister. “While there has been progress in reducing malnutrition, overweight and obesity is increasingly becoming a growing threat of non-communicable diseases like diabetes in school-aged children and adolescents,” said West Bengal Minister for Women and Child Development and Social Welfare Shashi Panja.

The UNICEF’s flagship report – The State of the World’s Children (SOWC) – for this year has focused on food and nutrition, given the importance of healthy diets, especially among children and young people.

The SOWC report calls for a shift in the way the authorities address and respond to malnutrition. It is not just about giving children enough food to eat “it is mostly about giving them the right food to eat.” Mohammad Mohiuddin, Chief of UNICEF Office for West Bengal said,

Children across the world are facing a triple burden of malnutrition in the form of undernutrition (stunting and wasting), hidden hunger (deficiencies in micronutrients) and overweight (including obesity). Despite all the technological, cultural and social advances of the last few decades, we have lost sight of this most basic fact: If children eat poorly, they live poorly.

The topmost priority in the five-step agenda is empowering families, children and young people to demand nutritious food, including by improving nutrition education.

“Driving food suppliers to do the right thing for children, by incentivising the provision of healthy, convenient and affordable foods, and building healthy food environments for children and adolescents by using proven approaches, such as accurate and easy-to-understand labelling and stronger controls on the marketing of unhealthy foods are other important steps in this regard,” said Panja.

There is also stress on collecting, analysing and using good-quality data and evidence to guide action and track progress.

“Last but not the least, there are efforts to strengthen collaborations with nutrition and agricultural institutions and academia, civil society organisations, pediatricians, corporates and others,” said the minister.