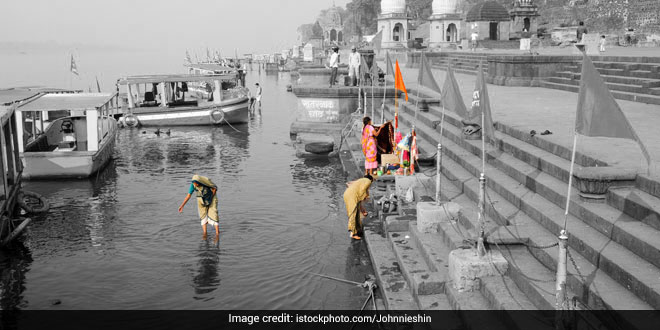 Mythology states that a glimpse of Narmada is good enough to wash all sins for a lifetime. Presently, a glimpse of Narmada reiterates our collective failure to maintain yet another river, as industrial and human waste has wreaked havoc in the river. Originating in Amarkantak in Madhya Pradesh, the Narmada is India’s third longest river and flows through Madhya Pradesh for more than 1,000 kilometres, making it the lifeline of the state’s water resources. Increased urbanisation and industrialisation across the river has deteriorated the river’s water quality to ‘C’ category of the Bureau of Indian Standards.’ Untreated waste and sewage from 52 cities in Madhya Pradesh is impacting the river.

Hoshangabad in particular has been responsible for much of Narmada’s problems, as many paper mills in the area have been known to discharge waste into the river. Disposal of untreated sewage for years at Hoshangabad rendered the river water unfit for consumption, usage and destroyed the aquatic life present in the river near that area. In 2016, water samples from four different points of the river were tested by the Madhya Pradesh Pollution Control Board (MPPCB) and the river water was rendered unfit for usage. 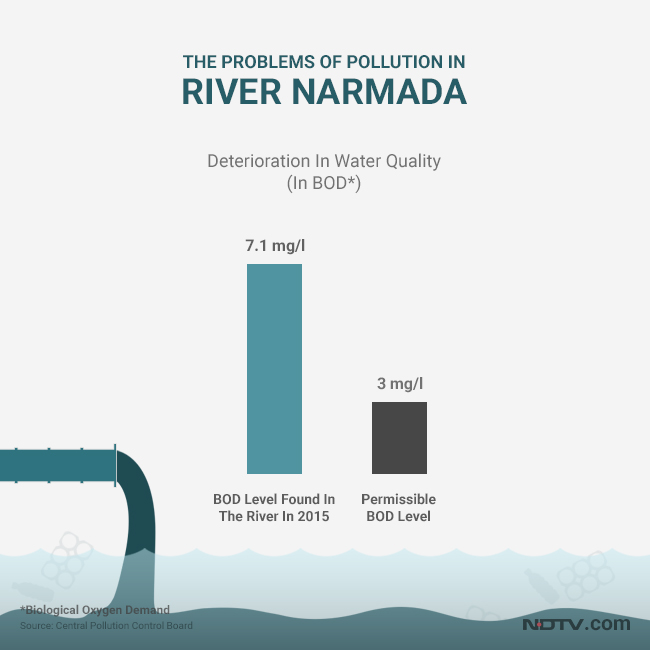 The level of pollution in Narmada is only increasing and will soon reach a state from where we will have no option but to look at the river dying slowly. There is no time to waste or preach. Only ground action can solve the river’s problem before it becomes untreatable like the Yamuna, said P.G. Najpandey, Chairman of Nagrik Upbhokta Manch Society, an NGO advocating for Narmada’s cleanliness.

The pollution of the river has reached unprecedented levels, prompting the state government to launch a project worth Rs 1,500 crore in 2016 which would focus on construction of sewage treatment plants, restructuring of sewage lines and stop flow of waste into the river from human settlements. In December 2016, the Narmada Seva Mission was launched by Prime Minister Narendra Modi. The project, which involved a yatra across the Narmada basin by Madhya Pradesh Chief Minister Shivraj Singh Chouhan saw him addressing several public meetings, requesting people not to pollute Narmada. The Seva Yatra also saw the plantation of record 7.14 crore saplings along the river’s banks and requested for mass participation. If proper action by both the public and the administration is not taken in due time, Narmada will soon join the list of India’s rivers which are beyond redemption, the Chief Minister had stated.

India@70: Two Decades And The Five Year Plans Which Focused On Sanitation