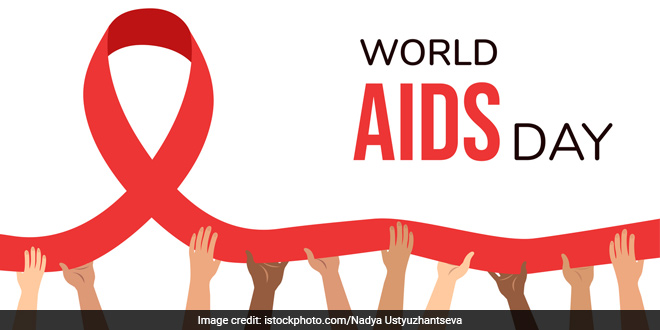 World AIDS Day was first observed on December 1, 1988 to raise awareness about HIV

New Delhi: HIV (human immunodeficiency virus), is a virus that basically attacks cells in the human body that help the body fight infection, thereby making a person more vulnerable to other infections and diseases. In simple terms, it is a condition that comes when the immune system stops working completely. The virus lives in human blood, sexual fluids, and breast milk and when left untreated, it leads to AIDS (Acquired Immune Deficiency Syndrome). It is spread by contact with certain bodily fluids of a person with HIV, most commonly during unprotected sex, or through sharing injection drug equipment.

The human body can’t get rid of HIV and no effective HIV cure exists around the world. So, once you have HIV, you have it for life.

According to World Health Organisation (WHO), HIV remains a major public health issue that affects millions of people worldwide. WHO states that although the world has made significant progress in recent decades, but important global targets for 2020 were not met. WHO adds that to reach the new proposed global 95–95–95 targets set by UNAIDS, the world will need to redouble the efforts to avoid the worst-case scenario of a half million excess HIV-related deaths in sub-Saharan Africa, increasing HIV infections due to HIV service disruptions during COVID-19, and the slowing public health response to HIV. The targets were set with an aim to bring HIV testing and treatment to the vast majority of people living with HIV by the end of 2020 and to reduce the amount of HIV in their bodies to undetectable levels to stay healthy and to prevent the further spread of the virus. According to UNAIDS, there has been an increase in the number of people who know their status and are on treatment, are reflected in the fact that viral load suppression levels among all people living with HIV increased by 18 percentage points between 2015 and 2019. As per the data, in 2019, almost 59% of people living with HIV globally had suppressed viral loads. However, the target was that a minimum of 73% of people living with HIV need to suppress viral loads, so the global target for AIDS are not met so far.

WHO states that around the world, HIV continues to be a major global public health issue, having claimed 36.3 million lives so far since 1988.

With an aim to raise awareness about HIV and to commemorate those affected by the disease, December 1 has been marked by WHO as an international day dedicated to AIDS or World AIDS Day. Here are some of the important things to know about the day:

History Of The World AIDS Day

World AIDS Day was first observed on December 1, 1988. The day was first proposed by James W. Bunn and Thomas Netter, two public information officers for the Global Programme on AIDS in 1987. In the first two years of the campaign, World AIDS Day focused on the theme of children and youth in order to highlight the impact of AIDS on families. In 1996, UNAIDS took over the World AIDS Day operations and expanded the scope of the initiative to a year-round prevention and education campaign.

The theme of World AIDS Day 2021 is “End inequalities. End AIDS and End Pandemics”, with a special focus on reaching people left behind. WHO states that the main agenda this year is to highlight the growing inequalities in access to essential HIV services around the world. It further states that the division, disparity and disregard for human rights are among the failures that allowed HIV to become and remain a global health crisis. WHO also adds that now COVID-19 is exacerbating inequities and disruptions to services, making the lives of many people living with HIV more challenging. This year, WHO and AIDS organisations are calling on global leaders and citizens to rally to confront these inequalities that drive AIDS and to reach people who are currently not receiving essential HIV services.

Why World AIDS Day 2021 Holds So Much Importance?

According to UNAIDS, without bold action against inequalities, the world risks missing the targets to end AIDS by 2030, as well as a prolonged COVID-19 pandemic and a spiraling social and economic crisis. It further states that since the first AIDS cases were reported, HIV still threatens the world. It adds, “Today, the world is off track from delivering on the shared commitment to end AIDS by 2030 not because of a lack of knowledge or tools to beat AIDS, but because of structural inequalities that obstruct proven solutions to HIV prevention and treatment.”

WHO states that an estimated 37.7 million people living with HIV at the end of 2020, over two thirds of whom (25.4 million) are in the African Region.