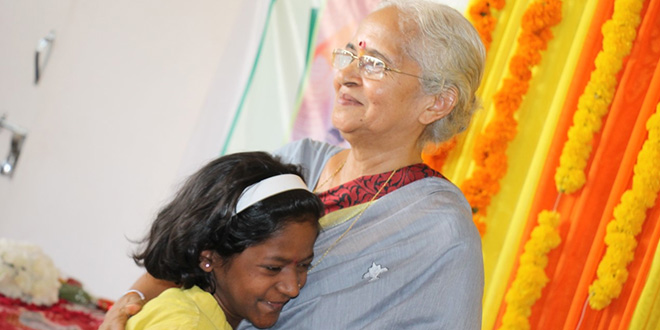 World AIDS Day 2021: Meet Mangal Shah, the brain behind Palawi, who fought the stigma to give shelter to orphaned children living with HIV

New Delhi: “Six years ago, at a railway junction, around 80kms away from Pandharpur town in Solapur District of Maharashtra, a sweeper saw a dog running with a plastic bag in his mouth. There was blood dripping from the polybag. The sweeper scared away the dog and took the polythene only to find a newborn baby inside it. The baby was bitten by a dog and was bleeding; he was immediately taken to a hospital where he tested positive for HIV. The doctors clearly stated that the child won’t survive until and unless there is someone to take care of him”, recalls 69-year-old Mangal Shah who brought the baby to her home ‘Palawi’. Ms Shah took care of the child like one of her over 100 children. Today, the boy is healthy and studies in class 1.

Also Read: Living With HIV For 21 Years Turned This Homemaker Into An Activist

Palawi is a care home for orphan children living with HIV and was established by Mangal Shah in March, 2001 after Ms Shah and her daughter Dimple brought home two girls. Sharing the incident of the night that gave birth to Palawi, Ms Shah says, 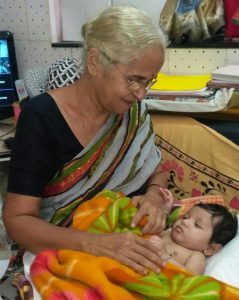 I and Dimple were coming back from one of our regular awareness drives to educate sex workers about HIV and AIDS. On our way, an old man stopped us and took us to a hut nearby. There we saw two girls – 10 months and around 2-year-old. The old man was their grandfather who on enquiring said, ‘the girls have HIV and their parents have died of the same disease. We don’t want to take care of them.’ Children had tattered clothes on their body and it looked like they haven’t eaten in a while.

Ms Shah and Dimple approached hospitals and NGOs with a request to provide for the two girls but faced rejection because of the stigma attached to HIV. It is then the duo along with their family took the decision of nurturing HIV-positive children and started Palawi.

Interestingly, Ms Shah has been working for children for almost four decades now. After her marriage in 1970, Ms Shah spent the initial few years building her own family. Soon, she approached a nearby orphanage and offered her services like taking care of children and their hygiene including giving them a bath and massage. She went on to work with a government hospital as a volunteer, running a soup kitchen for hapless women, providing services as a nurse to leprosy and HIV-positive patients. There she saw the cruel face of HIV/AIDS and the stigma attached to it.

Back then HIV was thought to be a disease that could transmit by a touch of a hand. People living with HIV were often ostracised. To bust myths and break free of stigma, Dimple AND I used to create awareness on a small scale by means of street plays and answer simple questions on HIV – what is HIV, how is it transmitted, how can we protect ourselves and how can we stop the transmission. In 1996, we started educating sex workers. We would also visit villages located around Solapur district, gather people in a group and clear their doubts, says Ms Shah. 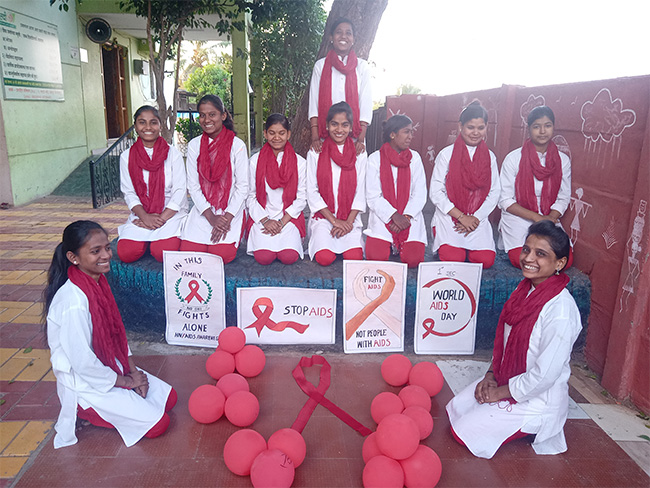 The HIV warriors themselves faced discrimination when they started Palawi in 2001. The duo couldn’t find even one room to start a care home and when they did find a place, the protests began.

We were asked to leave the place but since we had a contract of 11 months, we didn’t move out. The landlord scared us by cutting the power and water connection. None of the villagers came to provide support. Some people even came to persuade me to abandon these girls near a forest and leave them to die. The next four to five years went switching places until an article written by Praveen Davane, Principal of a college, helped us generate funds and purchase our own space, shares Ms Shah.

However, in the past two decades, Ms Shah has witnessed a change in outlook towards people living with HIV. From people not giving any kind of donation to Palawi to doctors not providing treatment stating ‘why to invest in the health of children who will die sooner or later’, to now visitors spending time with children.

Till 2006-2007, we faced major difficulties even in feeding children. My brothers, sons and son-in-law supported us financially. Today people donate food, clothes and sometimes even basic medicines. We still need money for daily operations and treatment of children. The government provides ART (Antiretroviral Therapy) medicines but ART has side effects like nausea, dizziness, diarrhoea, for which the government doesn’t offer anything, says Ms Shah.

Currently, Palawi is home to over 125 children and all came legally, via the police. Some were found in a garbage bin, at a cremation ground and some were found begging by the police, informs Ms Shah. The children at Palawi lead a normal life and their daily routine involves yoga and prayer, followed by school, playtime, and miscellaneous activities. Children are also trained in activities of their choice like a dance trainer is arranged for those willing to learn dancing. 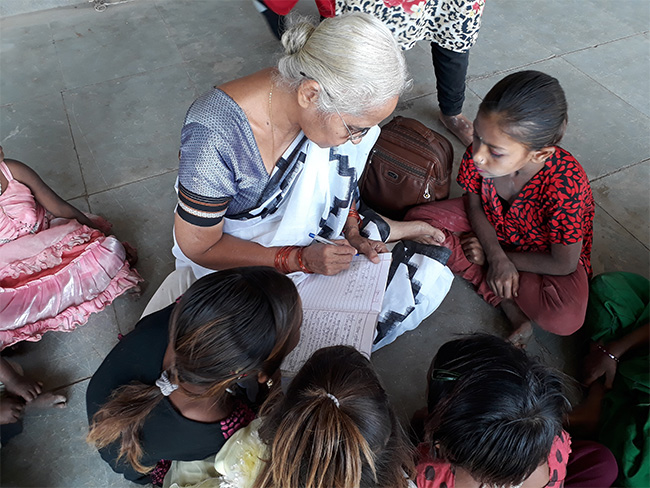 After a child turns 18, they are free to move out of Palawi and live on their own or work outside while they continue to stay in the care home. For instance, 22-year-old Kavita Palawi, an undergraduate student who has also done a course in computers handles the administration and banking work of the NGO. She plans to continue supporting her home and family.

Similarly, 17-year-old Shubhangi, wants to become a doctor, like the one who comes to treat her and fellow children, she says. During the pandemic, when schools were shut, Shubhangi ensured that the learning continues and taught children of classes 3, 4 and 5.

Just the way someone took care of me when I was left alone at the age of 3, I want to take care of others and support them, says Shubhangi.

The HIV And AIDS Situation In Maharashtra

According to India HIV Estimates 2019: Report prepared by NACO and ICMR-National Institute of Medical Statistics (2020), Maharashtra had the highest estimated number of people living with HIV (3.96 lakh). Of this, 3.83 lakh cases are among the population aged over 15.

Omicron Variant Does Not Escape RT-PCR And RAT, Centre Tells States As It Asks Them To Ramp Up Testing