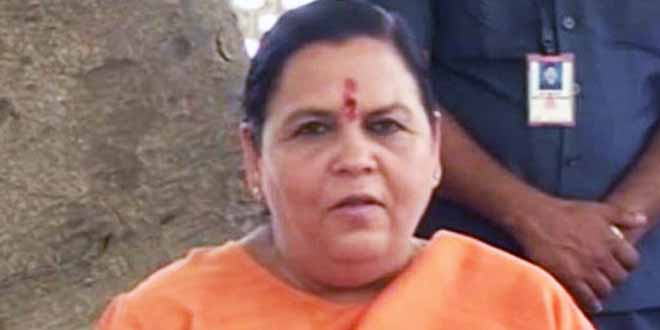 Union Minister for Water Resources, River Development and Ganga Rejuvenation Uma Bharti warned her ministry officials that a “lacklustre” attitude towards implementation of the ‘Namami Gange’ programme will not be “tolerated” as she pitched for timely execution of projects under it. Bharti’s diktat is timely, as the ‘Namami Gange’ programme aims to tackle the issues of sanitation, open defecation and sewage treatment along the Ganga basin. In July 2014, the ‘Namami Gange’ programme was announced under the National Mission for Clean Ganga initiative with an allocated budget of Rs. 20,000 crores for 5 years. The programme has been instrumental in building 123 new ghats across 5 states. But the building of sewage treatment plants under the programme has been sluggish, as only 1114.75 kilometres of sewer network has been laid, against the proposed 4031.41 kilometres.

The Water Resources Minister’s stern view comes in the wake of recent reports suggesting that work on the Centre’s ambitious programme has slowed down. The National Mission for Clean Ganga (NMCG) is entrusted with the responsibility of executing the project. There have been several discrepancies in the funds allocated for Ganga cleanup and funds utilised by the NMCG. In 2016-17, the NMCG was able to use only Rs. 734.70 crores of Rs. 1,675 crores released by the government.

The minister directed NMCG officials to ensure timely execution of the projects at various places. She said a lacklustre attitude towards implementation of the project will no longer be tolerated, said Samir Sinha, spokesperson, Ministry of Water Resources.

The minister made the remarks during her visit to NMCG headquarters here as she reviewed the ongoing works. The government aims to clean up the 2,525-km river by next year. In March 2017, the National Mission for Clean Ganga (NMCG) has approved 26 projects worth Rs 2,154.28 crore under the Centre’s ‘Namami Gange’ programme, to reduce the level of pollution in Ganga. 13 new STPs will be setup as per this plan, to ensure that flow of untreated sewage in the Ganga is checked. Recently, Prime Minister Narendra Modi announced that 75 per cent villages along the Ganga have become open defecation free, with the rest of the villages scheduled to achieve the ODF status in December 2017.

In the 3 years since ‘Namami Gange’ was launched, there have already been a few setbacks against the deadlines. The first timeline to clean the Ganga was delayed by 8 months due to the society formed for the task did not have the requisite powers to tackle issues related to the environment. Earlier on April 12, a committee constituted to prepare a Draft Ganga Act submitted its report to the Union Ministry of Water Resources.  The Draft Act focuses on cleaning up the river and the associated challenges. It remains to be seen whether the Union Minister’s warning speeds up the process of executing the projects under the NMCG or if delays continue to act as barriers towards the vision of a clean and pollution free Ganga.