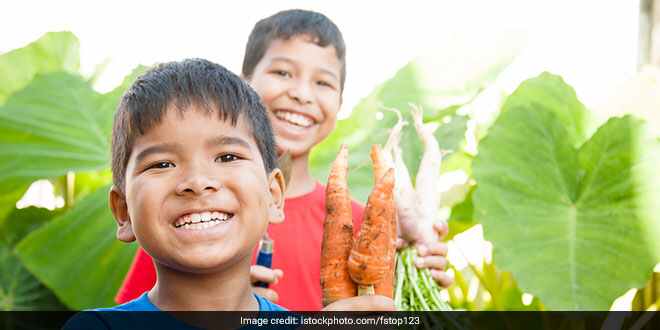 New York: Food should be viewed as a human right, not as a commodity, United Nations Secretary-General Antonio Guterres said on Thursday. “We need to re-think how we see and value food — not simply as a commodity to be traded, but as a right that every person shares,” the UN chief told the landmark UN Food Systems Summit, that brought together farmers and fishers, youth, indigenous peoples, heads of state and government and many more, in an effort to transform the sector and get the world back on track to achieve all 17 Sustainable Development Goals (SDGs) by 2030. “But in countries, communities and households in every corner of the world, this essential need — this human right — is going unfulfilled,” said the secretary-general.

“Every day, hundreds of millions of people go to bed hungry. Children are starving. Three billion people cannot afford a healthy diet. Two billion are overweight or obese. Four hundred and sixty-two million are underweight. And nearly one-third of all food that is produced is lost or wasted,” he went on.

The top UN official urged governments and businesses to work together to “increase access to healthy diets, including by incentivizing new behaviours.” He called for efforts to build food systems “that protect our planet.”

Throughout, we need to strengthen the resilience of local food systems to external shocks, like conflict, climate change and pandemics. We must build a world where healthy and nutritious food is available and affordable for everyone, everywhere, he added.

The secretary-general said although food systems generate one-third of all greenhouse gas emissions and are responsible for up to 80 percent of biodiversity loss, “they can and must play a leading role” in addressing all the challenges facing the world to realize the SDGs by 2030. “We need food systems that support the health and well-being of all people,” he said, adding that malnutrition, hunger and famine are not forces of nature, but “the result of the actions — or inactions — of all of us.

Crucial To Take Everyone Together To Grow As A Nation: Lakshyaraj Mewar