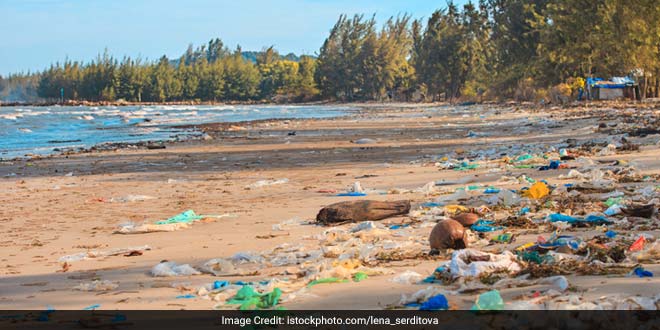 Bali: The UN Environment Programme on Thursday launched an unprecedented global campaign to eliminate major sources of marine litter – microplastics in cosmetics and the excessive, wasteful usage of single-use plastic – by 2022.

Launched at the Economist World Ocean Summit in this Indonesian island known for coral reefs, the #CleanSeas campaign is urging governments to pass plastic reduction policies; targeting industry to minimise plastic packaging and redesign products; and calling on consumers to change their throwaway habits — before irreversible damage is done to our seas.

UN Environment head Erik Solheim said: its past time that we tackle the plastic problem that blights our oceans.

Plastic pollution is surfing onto Indonesian beaches, settling onto the ocean floor at the North Pole, and rising through the food chain onto our dinner tables. We’ve stood by too long as the problem has gotten worse. It must stop, he said in a statement.

Throughout the year, the CleanSeas campaign will be announcing ambitious measures by countries and businesses to eliminate microplastics from personal care products ban or tax single-use bags, and dramatically reduce other disposable plastic items.

Indonesia has committed to slash its marine litter by a massive 70 per cent by 2025; Uruguay will tax single-use plastic bags later this year and Costa Rica will take measures to dramatically reduce single-use plastic through better waste management and education.

Each year, more than eight million tonnes of plastic ends up in the oceans, wreaking havoc on marine wildlife, fisheries and tourism, and costing at least $8 billion in damage to marine ecosystems. Up to 80 per cent of all litter in oceans is made of plastic.

According to some estimates, at the rate people are dumping items such as plastic bottles, bags and cups after a single use, by 2050, oceans will carry more plastic than fish and an estimated 99 per cent of seabirds will have ingested plastic.

As many as 51 trillion microplastic particles — 500 times more than stars in the galaxy — litter the seas, seriously threatening marine wildlife.

On bathroom shelves around the world sit products that are destroying life in our oceans. Tiny pieces of plastic in our face scrubs and toothpastes, used to make products feel smooth, are washed away in drains to then fill the stomachs of marine animals who confuse it for food. No beauty product is worth destroying the world’s beautiful oceans, not to mention our own human well-being, Hutagalung said.

“There are alternatives! So let’s choose what we buy carefully and together, with the combined power of our voice and our wallets, we can urge beauty companies to end their use of microbeads.”

DELL Computers on Thursday unveiled a commercial-scale supply chain using plastic which has been fished out of the sea near Haiti in its product packaging.

“DELL is committed to putting technology and expertise to work for a plastic-free ocean,” an official statement quoting Dell’s Vice President for Global Operations Piyush Bhargava.

Our new supply chain brings us one step closer to UN Environment’s vision of clean seas by proving that recycled ocean plastic can be commercially reused.

All these actions will be crucial to stemming the tide of marine litter.

Grenier, known for his role in hit TV show and film Entourage, and founder of Lonely Whale Foundation has joined the campaign, asking people to re-think their daily choices.

Whether we choose to use plastic bags at the grocery store or sip through a plastic straw, our seemingly small daily decisions to use plastics are having a dramatic effect on our oceans, said Grenier.

Related Topics:
marine litter
Up Next

5 Countries That Have Revolutionised The Way They Tackle Waste