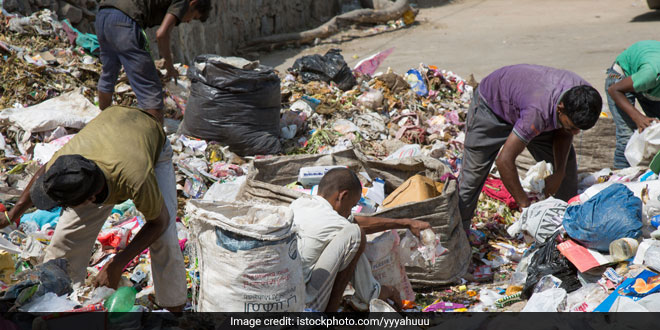 New Delhi: With the aim to streamline plastic recycling in the city of Bhubaneshwar, a Memorandum of Understanding (MoU) has been signed between Bhubaneswar Municipal Corporation (BMC), Hindustan Coca-Cola Beverages and United Nations Development Program (UNDP) to implement a sustainable Plastic Waste Management system.

The MoU introduces “Swachhta Kendra” which is defined as an ‘integrated material recovery centres’ for recycling all types of plastic. This project, as per BMC, will also help in the empowerment of Swachh Sathis (SS) or waste pickers.

Swachhta Kendra aims to ensure collection and segregation of all types of plastic waste, from different sources.

We are promoting a better management for dealing with the plastic menace in the city including steps like collection, segregation and recycling of all plastic items. The plan is to collect about 5 metric tons (MT) of waste per day, eventually doubling the capacity within the next four years, explained Ms.Diptirani Sahoo, Deputy Commissioner- Sanitation, BMC.

As per Ms. Sahoo, the project will have multiple benefits on the cleanliness of the city as well as empowerment of the Swachh Sathis. The project will enable maximum waste management the city and create women entrepreneurs through the women self-help groups for the supply of the plastics to the main Swachhta Kendra.

Project’s target at the end of the initial four years is to efficiently manage nearly 85,000 MT of plastic waste in compliance of the Plastic Waste Management Rules, 2016 of Government of India and simultaneously improve socio-economic conditions of about 37,500 Swachh Sathis, she added.

The project also aims to ensure social security and growth measures for the Swachh Sathis by providing benefits like insurance, pensions, health benefits, safety gears, education for children and income enhancements among others. These concerns the Swachh Sathis involved directly at the Swachhta Kendra and others involved in collection and segregation.

This project is in line with Swachh Bharat Abhiyan and the United Nations Sustainable Development Goals, she said.