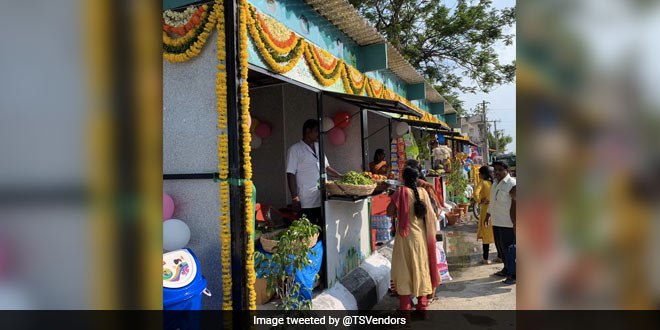 New Delhi: Telangana’s textile town – Sircilla now has a unique first to its name – It has become India’s first municipality to set up eco-friendly street vending stalls. What’s interesting is that these stalls have been made using recycled plastic waste with a motive to promote sustainability and green practices in the town. In total, around 600 kgs of plastic waste have been used to build each street shop of size 8 ft x 8 ft, whereas, overall approximately 33,000 kgs of plastic waste has been utilised.

Speaking to NDTV about the project, an official from Sircilla Municipal Corporation said,

This is the first time the corporation has done something this unique – installing eco-friendly stalls in the town. The street shop installed are fully made from plastic waste, be it its flooring, walls or roof. This is the pilot project wherein 55 stalls have been installed that aims at creating a conducive environment for the street vendors and to further the government’s efforts to promote environmental sustainability.

The eco-friendly stalls were recently inaugurated by Sircilla MLA KT Rama Rao and were handed over to street vendors to run their businesses. 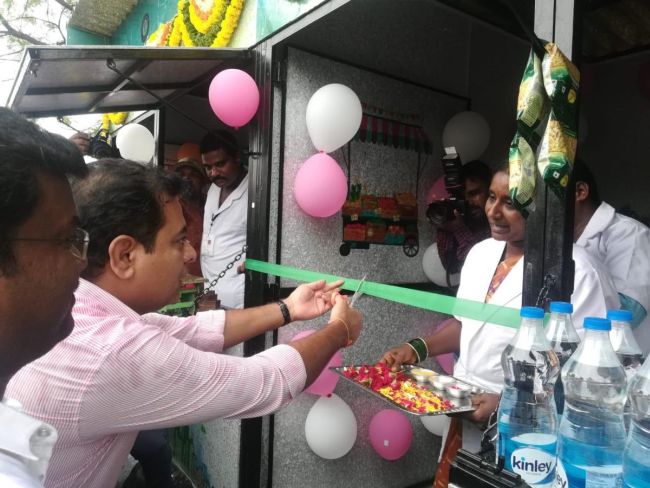 In the near future, the municipal corporation wishes to add and convert all the street stalls with the eco-friendly one. Through this initiative two things will be solved – one it will provide a better environment to the street vendors, secondly, it will promote the concept of recycling and motivate people to live a greener life.

This is not the first time, Telangana has made a point for a greener environment through its unique initiative. Earlier, the state launched Loo Cafes, equipped with smart toilets, cafes, ATM services, and sanitary napkins vending machines. Telangana was also one of the first states in India to install ‘Mini Sewer Jetting’ Machines that make the process of cleaning the clogged sewage lines easier, unlike the conventional machines in a bid to put an end to manual scavenging.

In ‘Swachh Sundar Shauchalaya’ Awards, Jharkhand Wins The ‘No.1’ Spot