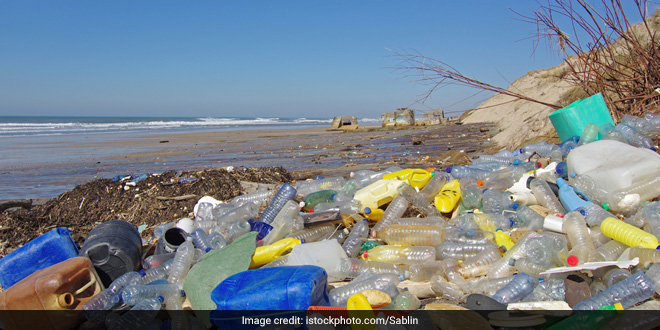 New Delhi: Over 25 state governments may have to pay environment compensation of Rs. 1 crore each for not submitting their respective action plans on systematic disposal of plastic waste to the Central Pollution Control Board (CPCB) as the April 30 deadline set by the National Green Tribunal (NGT) has passed by. The states had to submit action plans by April 30 to the CPCB, failing which they would have to pay the pollution body a compensation at the rate of Rs. 1 crore per month, as per the NGT order.

Speaking to PTI (Press Trust of India), S K Nigam, former Additional Director of CPCB and the man who took the legal recourse against the erring states, said,

They (states) did not comply with our orders, so we moved the NGT. Now they are violating NGT orders, so they have to pay the price for it. The punishment not just includes compensation but imprisonment too, in some cases.

Mr. Nigam said conditions were poor in terms of plastic and solid waste management rules as states do not prioritise the same. He said,

The state of affairs is poor. Waste management is the last in the list of priorities of municipal corporations. The CPCB will now appraise the NGT about non-compliance and make the states pay heavy amount for the default.

Explaining the cause of non-compliance by state governments, NGO Indian Pollution Control Association (IPCA) Chairman Ashish Jain said there was a lack of knowledge among state authorities and a communication gap between state and central government officials. He said,

Lack of knowledge and updates among the state pollution control boards is the main reason for non-compliance of plastic waste management rules. There is a communication gap between the ministry of environment and state level officials responsible for waste management compliance. The ministry of environment needs to conduct awareness programmes to educate state-level officials to carry out necessary measures to segregate plastic and dispose it.

The NGT had earlier this year directed all states and Union territories except for Andhra Pradesh, Sikkim, West Bengal, and Puducherry to submit an action plan for compliance of Plastic Waste Management Rules and furnish the same to the CPCB by April 30, 2019. The earlier order of NGT said,

It is made clear that any failure in this regard will result in defaulting states being required to pay compensation to be deposited with the CPCB at the rate of Rs. 1 crore per month after May 1, 2019.

Except for Andhra Pradesh, Puducherry, Sikkim and West Bengal, the remaining states/UTs and SPCBs (state pollution control boards) have failed to submit the Action Plan for the implementation of various provisions of Plastic Waste Management (PWM) Rules 2016, as amended, 2018 for setting-up of plastic waste management system for collection, segregation and disposal of plastic waste in the cities, towns and villages and registration of plastic units, the NGT had noted. The order said,

Due to this widespread littering, choking of drains, open burning of plastic waste, etc. has been continued.

It was also noted that though 22 states – Andaman and Nicobar Islands, Arunachal Pradesh, Chandigarh, Chhattisgarh, Daman and Diu, Dadra Nagar Haveli, Delhi (subjudice), Haryana, Himachal Pradesh, Jammu and Kashmir, Jharkhand, Karnataka, Lakshadweep, Madhya Pradesh, Maharashtra, Nagaland, Punjab, Rajasthan, Sikkim, Tamil Nadu, Tripura, UP (Uttar Pradesh) and Uttarakhand – have imposed a complete ban on the use of plastic carry bags but due to lack of proper regulation, thin carry bags, and other plastic products are indiscriminately stocked, sold and used in the majority of cities/towns across the country.

“The ban imposed by State/UTs is not effective in the majority of States/UTs, including Delhi. Burning of Plastic waste in cities, towns, and villages, including dumping sites is continuing. Huge quantity of plastic waste is littered on railway tracks, bus stations in Delhi and National Capital Region and other cities/towns,” the tribunal had said.