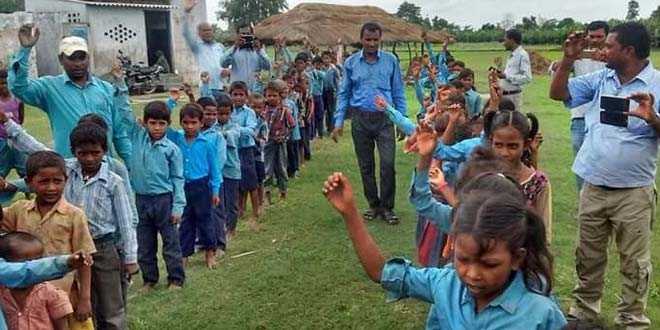 New Delhi: 86-year-old Sitwa Devi and 32-year-old Munia Devi, along with their daughters for years were accustomed to waking up around four in the morning, trek a substantial distance of over eight kilometres from their home, to find a desolate spot with some semblance of privacy to defecate in the open. Residents of Piprasi, one of the poorest and remotest areas in Bihar with the population of 50,000 people, toilets had been an alien concept. But that was till October 2016. That year this block saw a revolution when a record-breaking 5,932 toilets were constructed in 56 days. And transformed the lives of the villagers for good.

These people didn’t have clothes to wear, they had kachha houses, but, after the sanitation revolution took place in their area, every individual in Piparasi had a pucca toilet. That was something new and motivational, in fact, from then it became an inspiration for the whole Bihar, says Abhijit Mukherjee, State Manager, Plan India, an NGO that is today helping Piprasi to sustain their open defecation free (ODF) status  and trying to replicate Piparasi’s ODF model in other blocks of the state.

In Piprasi, an open defection-free environment was achieved through a community-led intervention that focused only on women and children. Explaining the success of the revolution in the block, Block Development Officer Of Piprasi, Raghubar Prasad said,

For 56 days, in our block a sanitation camp was set up – with the help of swachh volunteers and officials, people of the block were motivated and educated to construct a toilet at home. The main focus was to sensitise the children and women of the block. The volunteers also helped in construction work so that momentum could be built for a swachh revolution.

When children of the block were made aware about how open defecation is killing them, they came to the forefront of this open defecation free movement. Soon, a child sub-committee under village level vigilance, responsible for ensuring the sustenance of the ODF movement, and action committee named ‘Banar Sena’ was formed in each of the gram panchayats and villages of the Piprasi block. What they did was simple – with whistles in their hands, they used to go and take rounds of their areas twice daily and catch hold of the defaulters who were defecating in the open. The banar sena also used to guide the defaulters about the ill effects of open defecation and motivated them to construct a toilet at home.

Apart from the vigilance committee, children also helped in motivating their own parents to construct a toilet at home. Abhijit Mukherjee adds,

In every corner of the block, slogans like “Mother-Father, it is a shame to defecate in the open, please stop it and let us live a healthy life”, were put up, children rallies were organised in order to convince parents to construct a toilet at home. It wasn’t an easy task, there were lot of resistance. But, the continuous work, finally paid off and villagers took the oath to keep the village free from open defecation. A human chain to show the unity amongst village to fight against open defecation was also formed. 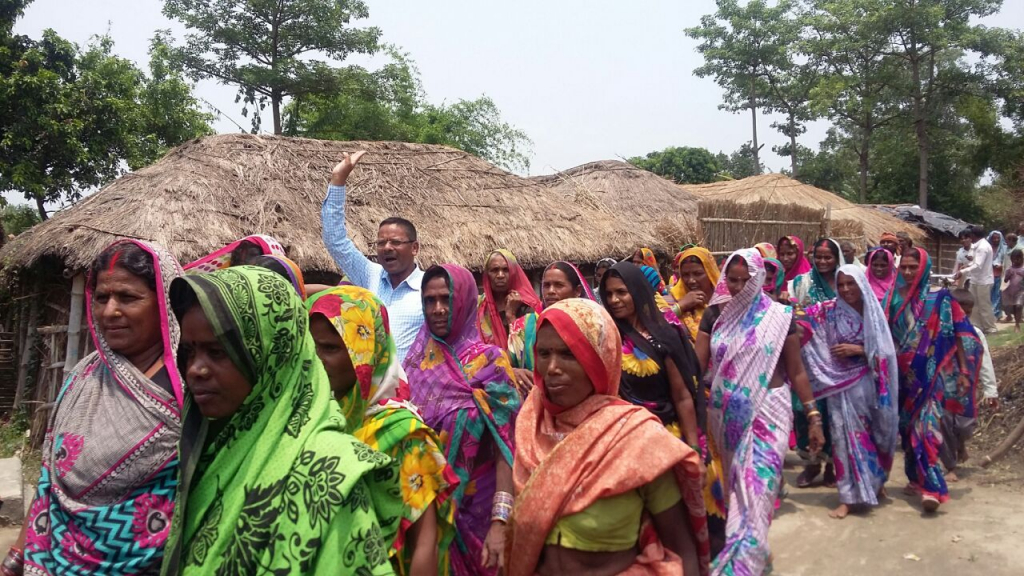 Along with children, women of Piprasi also took a swachh lead. They took charge of the awareness campaign, learned how to construct a toilet at home. They even travelled to the block level market and purchased toilet pan and other fittings and also contributed labour hours to save money.

Initially, this movement was started by a few women, once they started using their own toilet, they started influencing peer groups for constructing household toilet. And the movement never stopped. This larger momentum led by women was further supported by village mukhiyas in the areas and then raw materials, mason etc for building up toilets were provided easily. 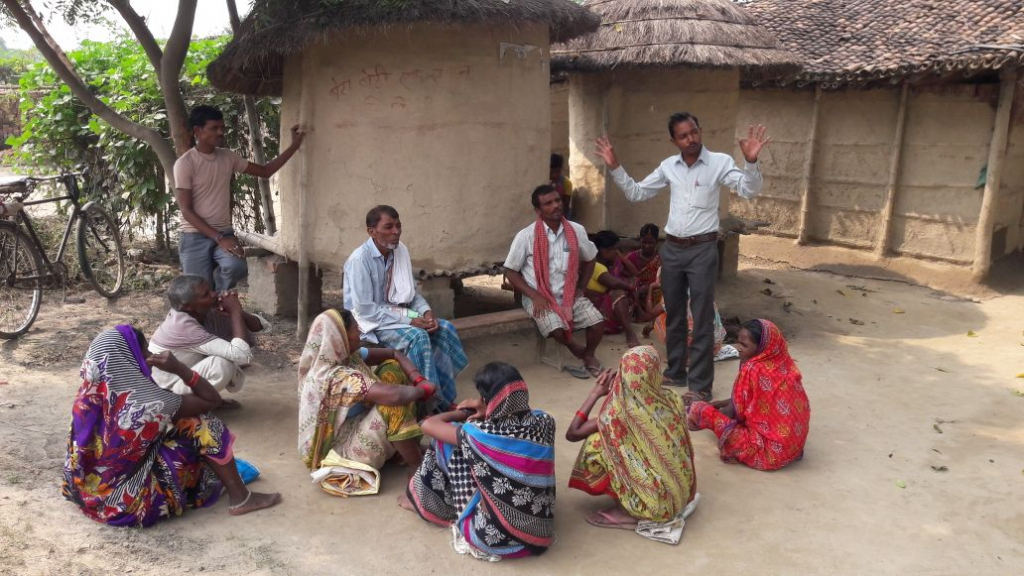 Sharing an experience of life after having a toilet at home, Munia Devi said,

Earlier, we faced a lot of problems. I cannot think of a day when I have relieved myself without the fear of being attacked by an animal or getting caught. But, today, my life has changed. We are leading a very happy life. I never knew a toilet can make me feel this safe. 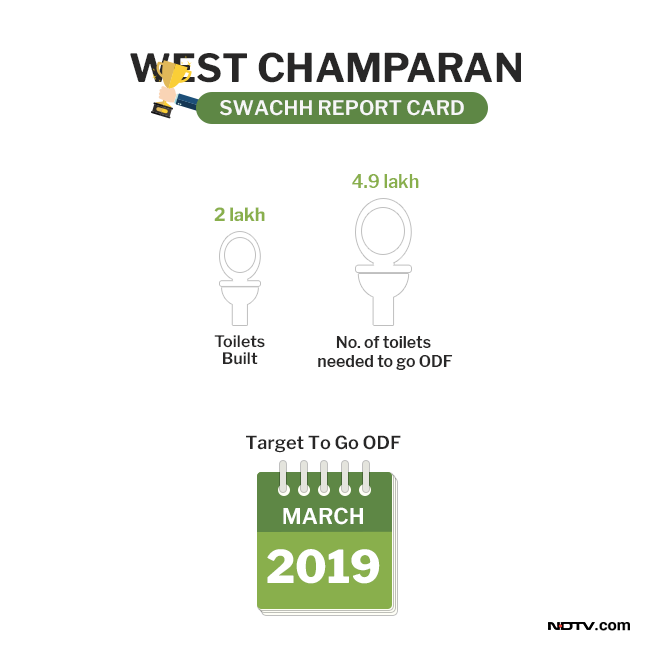 Piprasi, currently is the first ODF block in Bihar and West Champaran district.  Talking about the West Champaran swachh performance and why the district is unable to match up to Piprashi, District Coordinator, Akhilesh Pandey said,

“We have 315 gram panchayats, out of which 21 panchayats have been successful in eradicating open defecation free. We have tried to replicate the model of Piprasi in two of our blocks – Bihiya and Madhubani, and in one months’ time, these two blocks will be able to become open defecation free. But, the problem is, we are still not able to convince people not to go out in the open. We are trying out different tools, training more and more masons so that they can help in the process of toilet construction, giving the toilet subsidy to people on priority basis, but, there is still a lot of resistance, and, that’s one of the main reasons why still West Champaran and Bihar, is lagging behind the open defecation free target. The need of the hour here is the strict implementation of sanitation policies and mass behavioural change activities.” 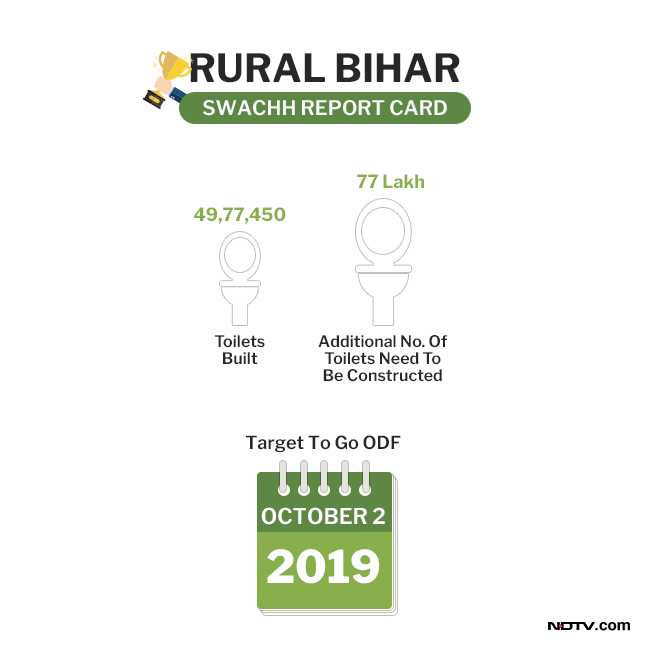 Breaking The Barriers: This Powerful Poem By A Class XII Student From Amitabh Bachchan’s School Asserts The Need To Fight For A Swachh India