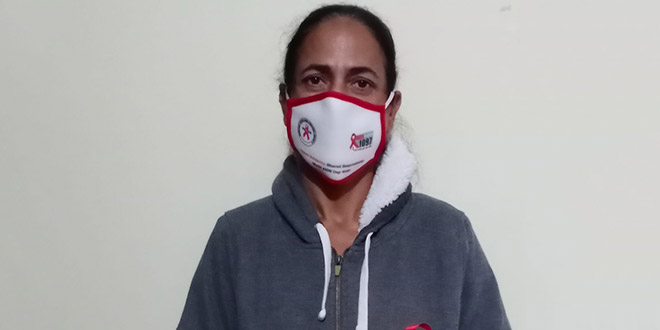 New Delhi: Surender Kaur was only 19-year-old when she was diagnosed with HIV (Human Immunodeficiency Viruses) at a hospital in Chandigarh. That was in 1995, just 17 months into her marriage to a truck driver from Karnal, Haryana from whom she contracted the virus. Her husband died in the same year due to AIDS (Acquired Immunodeficiency Syndrome). Ms. Kaur was told that she too will not able to survive and had less than six months to live. This brought her life to a complete standstill and filled her with fear. She eventually came to terms with her health condition and decided to carry on the fight. From being shunned by her own family, to facing humiliation from others to overcoming her survival challenges to keeping herself healthy, Ms. Kaur has been ‘living positively’ with HIV for the past 25 years.

Also Read: World Aids Day 2020: Here Are Some Lessons From Fight Against AIDS For Combating COVID-19

There was no treatment for HIV 25 years back. When the doctor said that I may also die soon, like my husband, people around me started treating me as a liability. Everything I did and anything that belonged to me became worthless for people. My baby daughter, who was born before I got HIV, was taken away from me by my mother-in-law who said that I should not let the baby be attached to me since I was going to die anyway. I did not ask for this to happen. It was my husband’s mistake. He contracted the virus from a sex-worker in Mumbai during one of his trips there, said Ms. Kaur.

Her struggle as HIV positive woman started after her husband’s family forced her to leave the house and did not let her take her daughter along with her. She had to move-in with her parents Rajasthan’s Alwar district, who supported her.

I spent almost 10 years of my HIV positive life without any medication as no treatment was available in my village till 2006. HIV positive patients were either becoming extremely ill, paralysed or dying due to AIDS or being killed by their families as they could not afford the treatment. I was undergoing a tremendous amount of mental stress because my daughter was taken away from me due to HIV even though my body did not show any symptoms of AIDS for almost 10 years. In 2005, I suffered Tuberculosis (TB) and in 2006 I received my first antiretroviral therapy (ART). Since then I have been taking the treatment continuously, she said.

Since her parents were economically poor and were already supporting their four other children, she decided to take up a job in order to contribute to the family’s expenditures. Finding a job was a challenge as she had to face discrimination at multiple levels for being an HIV positive woman from a poor family. She said,

I had just cleared my class 10 exams when I was married off to a truck driver. My parents accepted me after my in-laws kicked me out. But they used to cry every day thinking that I was dying. Every time I looked for a job, people used to turn me down telling me to “take care of my health”. Nobody was ready to give me any work.

Also Read: World AIDS Day 2020: Experts Debunk Some Of The Common Myths About HIV And AIDS

After struggling for many days, Ms. Kaur contacted the Network for HIV Positive People, a Gurugram-based social organization that gave her a job and a platform to learn more about the infection and possible treatments. After understanding about HIV she realised that there was a dire lack of awareness among people about HIV and AIDS. After gaining knowledge, she was also able to gain the courage to give up the fear of the virus and embrace her condition and make the most of each day that she gets to live. She said,

I decided to take up raising awareness about HIV/AIDS as the motto of my life and help those dealing with the virus get the required treatment free of cost from the National AIDS Control Organization (NACO). I worked with the Network for HIV Positive People for four years during which I helped HIV patients lead a normal life and conducted numerous workshops on HIV prevention among various groups of people including adolescents, youth, women, and men.

In 2010, she joined another NGO where she got a chance to work on rehabilitating those infected with HIV. Ms. Kaur was then offered a job by NGO SATHII (Solidarity and Action Against The HIV Infection in India) in 2017 where she has been working on helping pregnant HIV positive women have healthy babies. Currently, she is working with over 150 pregnant HIV positive women in Rohtak district of Haryana. While talking about her work, Ms Kaur said,

I aspire to contribute towards ending this disease. Now I am working on saving the babies entering the world from getting this disease. Right from the initial stages of pregnancy to about two years after the birth, we constantly check on women and their babies and provide them with treatment and care to prevent virus transmission.

Ms Kaur who is still waiting for a day to unite with her daughter, lives independently in Rohtak, working tirelessly towards the cause. Her work was recognised by Haryana AIDS Control Society and she was awarded with a certificate of appreciation in 2017. Ms. Kaur said that in order to combat HIV, people need to come out and reveal that they are positive and fight the stigma first. But she also says that it is easier said than done. She shared that even after over two decades of struggle, she sometimes finds herself hiding about her HIV from people she meets for the first time. While signing off, she said,

I had not disclosed about my HIV to my landlords for a long time because I see that people start distancing themselves when I tell them. I had been asked to vacate homes in the past. But this time when I revealed about me being an HIV positive woman, the reaction was not negative. While people are becoming aware that they will not get the HIV by being in the same building or in a same room with them, there is still a lot that needs to be done on awareness generation front. On the medical and treatment front, the government thankfully is very supportive and willing to help HIV patients.

World Aids Day 2020: Here Are Some Lessons From Fight Against AIDS For Combating COVID-19