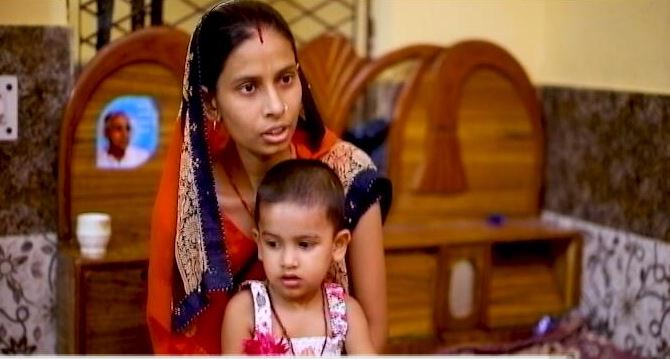 New Delhi: As the world marks Breastfeeding Week between August 1 and August 7 to encourage breastfeeding and improve the health of babies around the world and make mothers aware of the benefits of breastfeeding. According to the National Family Health Survey IV, less than 50 per cent of the infants are exclusively breastfed in the first 6 months. This is attributed, to the lack of awareness among the new mothers. Moreover, there are a number of beliefs and myths within communities that affect the thoughts, feelings and the behavior of the mothers, which in turn influences the feeding pattern of infant and young children. Dettol NDTV Banega Swasth India meets up with a mother in Delhi for a reality check

NDTV spoke with 28-year-old Sangeeta from Nangloi in Delhi. Sharing her experience about breastfeeding, Sangeeta said,

I delivered my first child at home as my previous pregnancy ended in a miscarriage which made my in-laws suspicious of doctors and clinics. I was also not allowed to breastfeed him until my sister-in-law performed certain rituals. In our culture, the child’s bua has to be there for the baby to be breastfed, so I had to wait for very long and I couldn’t feed the colostrum as it was believed to be impure.

However, it was different when Sangeeta had her second child. By then Sangeeta was exposed to MAMTA, an organistaion that is working for more than 25 years towards maternal and child health with a goal to provide equity, and quality health for the marginalized, especially women and children.

The organisation made the family aware about the importance of natal care and the health benefits of colostrum, the first milk you produce when starting breastfeeding and it is the ideal source of nourishment for a newborn. Talking about her second pregnancy, Sangeeta said,

My daughter was born in the hospital and that was a big change. I could feed my baby in the first hour after her birth, moreover, my in-laws also supported me. All this because of MAMTA organisation. They helped all of us to bring about this healthy change.

Inspired by her second pregnancy, today Sangeeta and her family help create awareness amongst their neighbours and other family members. Sangeeta’s husband, Pawan Kumar shared with us, “We did not have much knowledge about many things, we were following the old traditions and beliefs blindly, risking the health of both the baby and the mother. Once we were made aware, we got to know the importance of health for both the child and mother”. 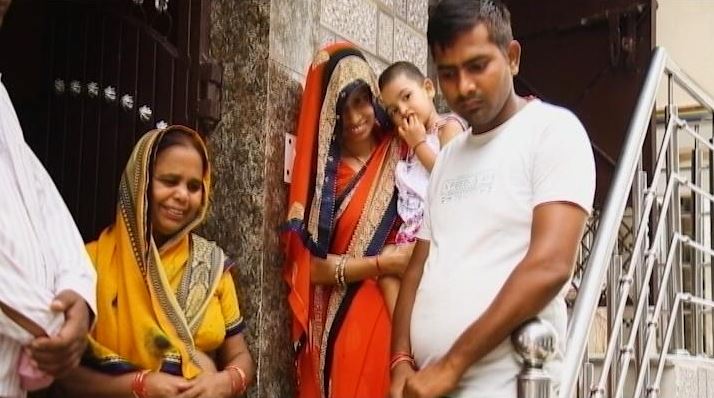 NGO MAMTA does is that it helps families like Sangeeta GET registered AT the nearest Aanganwadi centre and dispensary and then train the mother and other family members on the importance of breastfeeding and natal care.

Mamta Sharma from NGO MAMTA, who is looking at the field area of Nihal Vihar in New Delhi told us,

Working on the ground, we have realised and come across many myths and beliefs that people are following even today when it comes to pregnancy. Some feel that ajwain (Carom seeds) water or cow’s milk is more pure and good than the mother’s own milk. We work on all this, make people understand the importance of mother care and breastfeeding.

These beliefs are passed on from generation to generation because no one actually TELLS us the right thing TO follow. Behavior change through effective communication helps in addressing the deep-rooted beliefs and practices of the community and with this as our motto, we have been changing and saving lives.

In Sangeeta’s case after MAMTA’s intervention, her family understood the importance of hospital visits, proper health checks, registration with the Aaganwadi and breastfeeding. The change was seen as Sangeeta delivered her second born, daughter Anya in a hospital, unlike her son who was born at home.

Globally, nearly 6 lakh children and 1 lakh women die every year due to inadequate breastfeeding, states ‘Alive & Thrive’, a global nutrition initiative to save lives, prevent illness, and ensure healthy growth of mothers and children. Experts say that breastfeeding is crucial for both mother and children as it provides babies with perfect nutrition, protection from respiratory infections, diarrhoeal disease, obesity and non-communicable diseases. It also protects mothers from type 2 diabetes, life-altering and life-threatening cancers.

This year, the theme for World Breastfeeding Week is ‘Empower parents, enable breastfeeding: Now and for the future!’ World Health Organisation (WHO) along with The United Nations Children’s Fund (UNICEF) and other partners are working to promote the importance of family-friendly policies such as Paid Maternity Leave for a minimum of 18 weeks, Paid Paternity Leave to encourage shared responsibility to take care of their child on an equal basis and Parent Friendly Workplace that will help the mothers to breastfeed their children easily.

World Breastfeeding Week: Some Women Cannot Breastfeed Their Infants And It Is Okay, Explains This New Mom