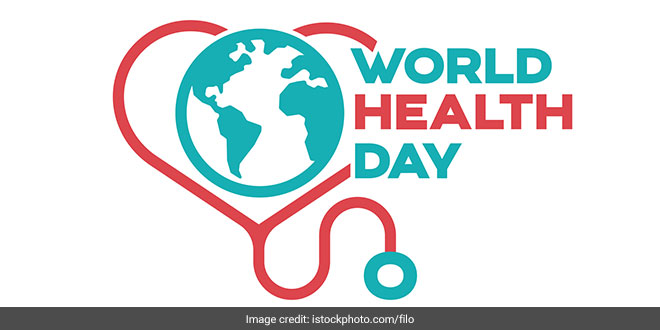 New Delhi: In late-March 2020, during the first phase of the COVID-19 lockdown, over 90 Indian cities, including Delhi, recorded minimal air pollution. According to the Centre-run System of Air Quality and Weather Forecasting and Research (SAFAR), the impact of the measures taken due to the coronavirus outbreak resulted in a drop in PM2.5 (fine particulate pollutant) by 30 per cent in Delhi and by 15 per cent in Ahmedabad and Pune. It took a pandemic to show the plight of the environment and the damage caused to it. The World Health Organisation (WHO) estimates that more than 13 million deaths around the world each year are due to avoidable environmental causes like ambient air pollution. This includes the climate crisis which is the single biggest health threat facing humanity. On World Health Day 2022, the WHO will focus global attention on urgent actions needed to keep humans and the planet healthy and foster a movement to create societies focused on well-being.

The theme for World Health Day 2022 is ‘Our Planet, Our Health’. Through this campaign, WHO will urge governments and the public to share stories of steps they are taking to protect the planet and their health and prioritise the well-being of societies.

Explaining how our political, social and commercial decisions are driving the climate and health crisis, the WHO states,

Over 90 per cent of people breathe unhealthy air resulting from the burning of fossil fuels. A heating world is seeing mosquitos spread diseases farther and faster than ever before. Extreme weather events, land degradation and water scarcity are displacing people and affecting their health. Pollution and plastics are found at the bottom of our deepest oceans, the highest mountains, and have made their way into our food chain. Systems that produce highly processed, unhealthy foods and beverages are driving a wave of obesity, increasing cancer and heart disease while generating a third of global greenhouse gas emissions.

1. Meeting the goals of the Paris Agreement could save about a million lives a year worldwide by 2050 through reductions in air pollution alone. Avoiding the worst climate impacts could help prevent 250,000 additional climate-related deaths per year from 2030 to 2050, mainly from malnutrition, malaria, diarrhoea and heat stress, says WHO.

2. Transportation produces around 20 per cent of global carbon emissions. Alternatives like walking and cycling are not only green but also offer major health benefits, such as reducing the risk of many chronic health conditions and improving mental health, states WHO.

3. As per United Nations, systems to produce, package and distribute food generate a third of greenhouse gas emissions. More sustainable production would mitigate climate impacts and support more nutritious diets that could prevent close to 11 million premature deaths a year.

4. Natural disasters, caused by long-term climate change, like floods can disrupt health services, displacement, cause death and injury by drowning, physical trauma, heart attacks, lead to a shortage of safe water, give birth to water-borne diseases and even result in poisoning: WHO

5. Rising temperatures increase the risk of extreme heat. Exposure to extreme heat causes headaches, confusion, tiredness, and vomiting. WHO says that with temperatures above 40 degrees, heat strokes might happen, causing organ failure hospitalisation and even death. Additionally, rising temperatures and floods caused by climate change will put 2 billion people at risk of Dengue.

6. Additionally, climate change makes it more likely for droughts and wildfires to happen. Wildfires can cause death and injury from suffocation, burns and smoke inhalation; respiratory and cardiovascular problems from smoke and ashes; trauma impacts on mental health; disruption to health services; loss of housing and livelihoods.

The History And Significance Of World Health Day

World Health Day 2022: Meet The 43-Year-Old Doctor Who Aims To Provide Health For All In Remote Areas Of Ladakh

99% Of The Global Population Breathes Air That Exceeds Air Quality Limits: WHO