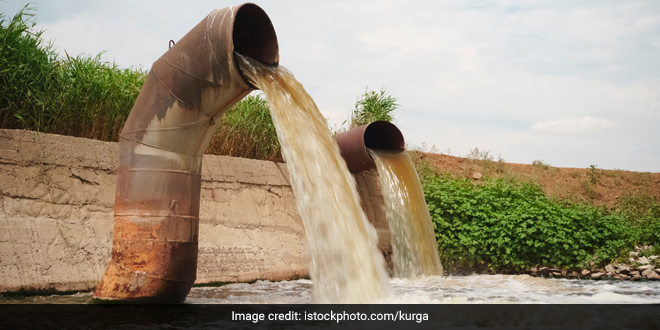 New Delhi: The Swachh Bharat Abhiyan campaign launched in 2014 with an aim to make India open defecation free (ODF) by October 2, 2019 has gained huge momentum over the years. The campaign turned into a people’s movement (jan andolan) and the government did declare the country ODF as planned but what next? According to the experts, Swachh Bharat Abhiyan 2.0 should focus on faecal sludge management and protect water bodies. On March 22, as the world celebrates World Water Day with a theme of ‘valuing water’, NDTV speaks to experts to understand the relationship between faecal waste and water pollution and how India can resolve the two crises.

According to the World Economic Forum, India’s urban areas produce around 1.2 lakh tonnes of faecal sludge on a daily basis, and about two-thirds of the country’s households with toilets aren’t connected to the sewer system.

In a conversation with NDTV, Professor Meera Mehta, Executive Director of the Center for Water and Sanitation and a member of The National Faecal Sludge and Septage Management (NFSSM) Alliance, explained how improper faecal waste management leads to water pollution. She said,

A large number of households in cities in India are dependent on on-site system (such as septic tank, pits) of waste management. In the absence of regular desludging of pits or septic tanks, there is an overflow of faecal matter which pollutes ground water. When pits are emptied, the faecal waste is dumped in water bodies, thereby polluting rivers and lakes. Faecal coliforms in ground and surface water affect the health of people and also affect crops grown with these water.

How Can India Make Faecal Sludge And Septage Management (FSSM) A Reality?

Firstly, citizens should be made aware of the linkage between water and bad faecal waste management practices. Secondly, policy and regulations at the state and municipal levels have to be introduced and operationalized in letter and spirit, thirdly capacities of desludgers to safely handle the faecal waste needs to be prioritised and built, and fourthly, high quality treatment facilities, with a focus on pathogen kill, needs to be built in each municipality.

Sharing an example of successful FSSM from Wai and Sinnar in Maharashtra, Professor Dinesh Mehta, Executive Director of the Center for Water and Sanitation suggested ‘scheduled desludging’, that is emptying septic tanks or pits on a regular cycle of three to five years. Mr Mehta who is also a member of NFSSM Alliance said,

We at Centre for Water and Sanitation have demonstrated that scheduled desludging can be practiced in small towns. Over the two years period, we have tracked the quality of ground water and river water and found a significant reduction in faecal coliform. So, we should make it mandatory to have every pit or septic tank desludged and monitored regularly. Further, we must ensure that all the faecal waste emptied is properly treated.

For faecal sludge management, the National Policy on Faecal Sludge and Septage Management (FSSM) was issued by the Ministry of Urban Development in February 2017. According to Dr Suresh Kumar Rohilla, Senior Director, Centre for Science and Environment (CSE), there is a need to translate policy and focus on the entire sanitation chain. He said,

While talking about FSSM, Romit Sen, Associate Director, Water and Agriculture at the Institute for Sustainable Communities, drew focus on sanitation workers. Recently, the government had launched a programme, ‘manhole to machine hole’ which means all the cleaning of septage tanks or sewer lines will be done by machines and there will be no manual operation.

The aspect of the dignity of sanitation workers cannot be ignored while we talk to FSSM. Initiatives to ensure their safety need utmost priority as we are talking about the fundamental right to live and an adequate standard of living, said Mr Sen.

The central government’s commitment towards faecal sludge management was reflected in Union Budget 2021-22 presented by Finance Minister Nirmala Sitharaman. In her budget speech, FM had said,

The government intends to focus on complete faecal sludge management and wastewater treatment, source segregation of garbage, reduction in single-use plastic. Reduction in air pollution, especially waste from construction and demolition, and bio-remediation of dumpsites.

Talking about the same, Mr Rohilla said, recognition of the need for wastewater treatment and FSM in the budget is a positive step but not sufficient if we look at the scale of sanitation challenge. Echoing the same, Meera Mehta said,

There is a need to look at the entire ecosystem of safely managed sanitation, including FSSM. So while the funds are made available to local governments, one will need to strengthen the capacity of a whole array of stakeholders – the desludgers, the engineers who design the treatment facilities, of local government that ensure operation and maintenance of facilities. We have to learn from the fact that half of the sewage treatment plants in this country are not functioning properly due to lack of proper maintenance, proper design, among others. Now that we are approaching this on a massive scale, we need to ensure that the entire ecosystem is properly developed.

Mr Sen believes that for effective solid and liquid waste management, programmes like AMRUT, Namami Gange Mission are being implemented but in addition to this, sustainable use of water is needed. He added,

We also need financially viable and effective technologies and solutions that will help in better treatment, perhaps at a lower cost. It is important that we realise that more than 80 per cent of the water we use comes out as waste. This also warrants attention and behaviour change on how as a user of water we are able to optimise our demand and not overuse water.

Mr Sen also called for promoting and incentivising circular water management, that allows the use treated wastewater for irrigation, non-potable use for our cities (horticulture, dust suppression) and industries (can be used for dust suppression, greening). Sharing some stark facts, shedding light upon the need for FSSM, Mr Sen said,

The fact is that while on one hand our wastewater treatment capacity has increased by about 2.5 times since 1978-79, on the other hand, hardly 10 per cent of the sewage generated is treated effectively, while the rest finds its way into the natural ecosystems and is responsible for large-scale pollution of rivers and groundwater.

Also Read: Rotary International Has Implemented Water, Sanitation And Hygiene Facilities In Over 30,000 Schools, Here’s How