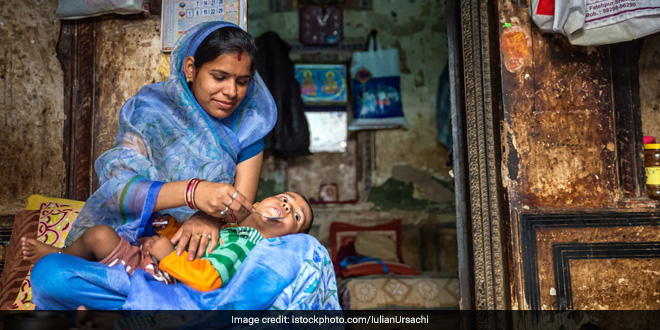 New Delhi: According to the National Family Health Survey (NFHS-4), the percentage of institutional births in India from 38.7% in 2005-06 went up to 78.9% in 2015-16. But when certain cases like these come to light – a pregnant woman from Odisha who delivered her baby on the verandah of Bhadrak District Headquarters Hospital (DHH) or a 33-year-old homeless woman Lakshmi in Delhi who delivered her baby on a footpath, it highlights the issue of lack of access to healthcare for many.

According to NFHS-4 16 percent of rural women still preferred to deliver a baby at home because institutional deliveries cost too much. To tackle this issue and provide quality healthcare to pregnant women in the country, the government recently launched the Surakshit Matritva Aashwasan (SUMAN) scheme, under which pregnant women, mothers up to 6 months after delivery, and all sick newborns will be able to avail free healthcare benefits.

The SUMAN scheme is available in both urban and rural areas – it covers Primary Health Centers, Community Health Centers, Rural Hospitals, Sub-District Hospital, District Hospital, Medical College Hospital in rural parts of the country. In Urban Areas, the scheme is available at dispensaries, primary urban hospitals, and maternity homes. The SUMAN scheme can be availed by any person who visits the government hospital, one just needs to fill up the official application form, which will be made available online soon.

Speaking at the 13th Conference of Central Council of Health and Family Welfare in New Delhi where the scheme was launched, Union health minister Harsh Vardhan said,

We have made a lot of progress in the last few years in the field of health, but we have to do a lot to provide affordable and quality health facilities to every citizen of the country. The maternal and infant mortality rate has registered a decline during this period. We have succeeded in reducing child mortality by two-thirds, maternal mortality by three-fourths. Now with SUMAN scheme, the numbers will be further brought down. Under the scheme, the beneficiaries visiting public health facilities are entitled to several free services – these include at least four antenatal (regular check-ups that allow doctors or midwives to treat and prevent potential health problems throughout the course of the pregnancy) check-ups, one checkup during the first trimester, at least one checkup under Pradhan Mantri Surakshit Matritva Abhiyan, Iron Folic Acid supplementation, Tetanus Diptheria injection and other components of comprehensive Anti-Natal Care (ANC) package and six home-based newborn care visits.

Other Benefits Of SUMAN Scheme

1. Under the SUMAN scheme expecting mothers will be able to avail a zero expense delivery and C-section facility
2. Expecting mothers will have access to zero expense care facility after or during the pregnancy, in case of complications
3. The government under the scheme will also provide free transport to pregnant women from home to the health facility and drop back after discharge
4. Postpartum counselling (after the delivery period), which includes counselling on family planning, will also be offered to the mothers as part of the scheme

Apart from these benefits, the government also plans to give Rs 1,000 to anyone who reports the death of a newborn or a new mother. This step has been taken keeping in mind the problem of underreporting of such deaths in the country.

By 2022, we are looking at achieving zero preventable maternal and newborn deaths. For this, we need 100% accuracy, we need to make sure any such deaths in the country are reported so that experts can study the cause behind the loss and adequate steps can be taken.

The Health Ministry will also be putting a call centre in place, with a toll-free number, where people may call to alert about death, especially in their village. The number will soon be made public along with the application process for SUMAN scheme so that one can easily avail of the benefits of the scheme.

Malnutrition Behind 69 Per Cent Deaths Among Children Below 5 Years In India: UNICEF Report