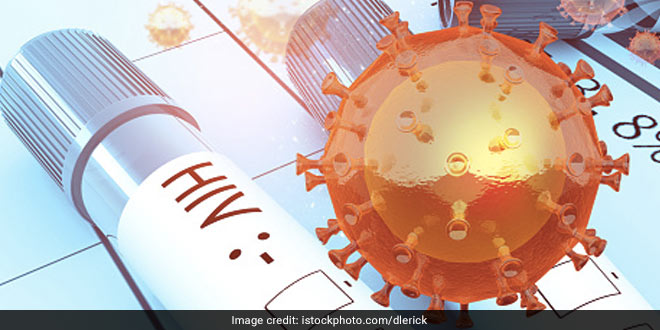 HIV is not an easy virus to defeat, states WHO. It further adds that still nearly a million people still die every year from the virus

New Delhi: Forty years ago, five gay men had fallen ill with a pneumonia caused by the fungus Pneumocystis Carinii in Los Angeles. Los Angeles immunologist Dr. Michael Gottlieb, CDC’s Dr. Wayne Shandera, and their colleagues reported on June 5, 1981 in Morbidity and Mortality Weekly Report that all the men had other unusual infections as well, indicating that their immune systems were not working. Two of the five men had already died by the time the report was published.

Three years later, scientists came to know that the disease was known as AIDS (Acquired immunodeficiency syndrome) and is caused by a virus called HIV, or Human Immunodeficiency Virus. Since the beginning of the epidemic, HIV has claimed over 36.3 million lives across the globe, according to World Health Organization.

In India, the first case of HIV infection was detected in 1986 among female sex workers in Chennai, as per the National Center for Biotechnology Information, which is a part of the United States National Library of Medicine & a branch of the National Institutes of Health. As per National AIDS Control Organisation (NACO), 2.3 million people were living with HIV in 2019 in India.

With such grim statistics, WHO also acknowledges the fact that HIV still remains a major public health issue that affects millions of people worldwide.

As per UNAIDS, in 2020, 37.7 million people globally were living with HIV. Moreover, 1.5 million people became newly infected with the virus and approximately 6,80,000 people died from AIDS-related illnesses in the same year.

So, Why Don’t We Have A Vaccine For HIV Yet?

We haven’t been able to make vaccines for HIV for the following reasons – the body doesn’t like to make a good immune response against HIV. The virus is very unique among all the serious viral pathogens that we have to deal with historically. For example, if you look at diseases like measles, small pox, polio, even though these diseases have considerable degree of morbidity & mortality, at the end of the day, the body demonstrates that in most cases it can not only clear the virus completely from the body but can make the immune response that can protect you from the further challenges against the same viral pathogens.

Dr Fauci further added that the same behaviour is not followed by the HIV virus as the human body doesn’t seem to make good immune response to the virus. He said,

Which is why, today, millions of people are suffering with the disease. The old dictum in the vaccinology is that the best way to make vaccines is to mimic any natural infection. If you will do so the body will naturally make a good immune response. With HIV we have an unusual task of having to do better than natural immune response. So, we need to develop a vaccine that when we present it to the body’s immune system, it will make a response that is even better and more effective than body’s natural response.  And that will be a unique paradigm in vaccine history.

NDTV also spoke with Dr Rajesh Parikh, Director of Medical Research and Honorary Neuropsychiatrist at the Jaslok Hospital & Research Centre, Mumbai about HIV and why don’t we have A vaccine for it till now. Sharing the reason, he said,

The replication cycle of HIV is about 24 hours, it mutates so rapidly that their surfaces change shape before antibodies can lock onto them.

Dr Parikh further said that the virus is prone to mutate and make copies of it that recombines into new strains as the virus is passed from person to person. He added,

There are over 60 dominants strains as well as the multitude of recombinant strains. No person who has contracted HIV has recovered from it. Thus, there is no immune response that the vaccines can use to replicate.

Talking about vaccines trials and the development process for HIV vaccine, he further added,

The virus remains dormant  and hides itself in the DNA of the person with the virus. The body can’t find and destroy all of the hidden copies of the virus to cure itself. Inactivated or weakened HIV vaccines have not been found to be effective and it is too dangerous to use live virus. As of 2020 more than 40 vaccines are being tested for HIV, but there is a very little progress that has been made.

There is no cure for the HIV virus, although antiretroviral treatment can control the virus, meaning that people with HIV can live long and healthy lives. One can approach the solution to this through two types of research practices. Most present-day research is looking for a functional cure where HIV is permanently reduced to undetectable and harmless levels in the body, but some residual virus may remain. If this is successful, the disease will be undetectable and stop affecting the human body with the severity we see in current patients. Other research is looking for a sterilising cure where HIV is removed from the body completely, but this is more complicated and riskier. While the trials of HIV vaccines are encouraging, they currently only offer partial protection. However, awareness regarding the disease has increased all over the world, and today science has allowed many AIDS patients to live longer. Scientists continue to look for the best pathway ahead to help curb the disease effectively.

So, Is It Possible To Make An HIV Vaccine?

Anthony S. Fauci says that it is not impossible task but it is very difficult to do, he adds,

And how difficult the task is can be seen from the answer that even after 40 years of the disease, we don’t have the vaccine to fight it.

According to National Institute of Allergy & Infectious Disease, so far there have been five large-scale Phase 3 vaccine efficacy trials against HIV, each at a cost of over US$100 million. The first three of these failed convincingly as no protection against acquisition of HIV infection were recorded and the vaccines did not lower the viral loads in those who did become infected.

National Institute of Allergy & Infectious Disease says that the world has made some progress as the results from the landmark RV144 clinical trial in Thailand, reported in 2009, with more than 16,000 participants, provided the first signal of HIV vaccine efficacy a 31 percent reduction in HIV infection among vaccines.

Though a 31% level of efficacy is not high enough to warrant use of a vaccine outside a trial setting, especially for a disease as serious as HIV. Yet this was the first time an HIV vaccine efficacy trial actually showed evidence of protection against the virus, giving researchers hope that an effective HIV vaccine is possible.

World Health Organisation quotes, ‘HIV is not an easy virus to defeat’. It states that nearly a million people still die every year from the virus because they don’t know they have HIV and are not on treatment, or they start treatment late.

WHO states that while the world has committed to end AIDS by 2030, rates of new infections and deaths are not falling rapidly enough to meet that target. Apart from vaccine availability, explaining other challenges with HIV, WHO says,

“One of the biggest challenges in the HIV response has remained unchanged for 30 years: HIV disproportionately affects people in vulnerable populations that are often highly marginalized and stigmatized. Thus, most new HIV infections and deaths are seen in places where certain higher-risk groups remain unaware, underserved or neglected. About 75% of new HIV infections outside sub-Saharan Africa are in men who have sex with men, people who inject drugs, people in prisons, sex workers, or transgender people, or the sexual partners of these individuals. These are groups who are often discriminated against and excluded from health services.”

It further adds that stigma remains a fundamental barrier in fighting HIV.

World AIDS Day 2021: How To Prevent Mother-To-Child Transmission Of HIV?