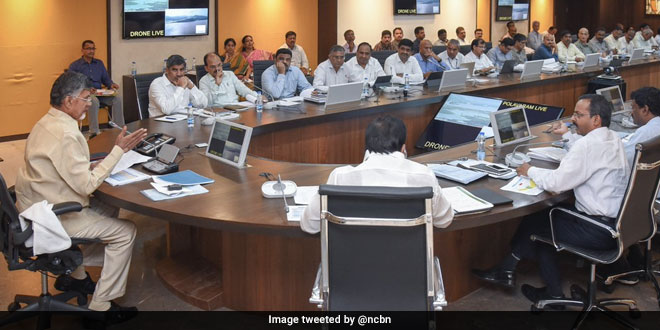 New Delhi: Not merely content with its open defecation free (ODF) status, Andhra Pradesh is all set to launch its ODF plus campaign. Andhra Pradesh was declared ODF in June this year, but in several gatherings that followed, state government representatives said that the state was committed to continue work in the sanitation sector and explore how to attain the ODF plus status. On July 24, at a press conference organised by the Panchayati Raj and Rural Development department, the departmental secretary B Ramajaneyulu said that the government will go forward with its ODF Plus Andhra Pradesh plan.

The three focus areas under this plan will be total sanitation, solid and liquid waste management. The state has set a deadline of January 26, 2019 to go ODF plus. Mr Ramajaneyulu congratulated all the district officials present in the meeting for making the state ODF much before its deadline of August 15. He said that hopefully, the same would be done for the ODF plus initiative. Chittoor, which was one of Andhra Pradesh’s first ODF districts has been identified as a role model for its ODF plus status and 330 mini waste management units have already been constructed in the district.

If Chittoor district could go ODF plus, then all districts can follow suit, this is what Chief Minister Chandrababu Naidu feels. The state government will extend all cooperation to the districts to ensure that ODF plus Andhra Pradesh is a reality by January next year, said Mr Ramajaneyulu.

The Panchayati Raj Ministry announced that a monthly remuneration will be paid to ‘Green Ambassadors’ who will engage in door-to-door waste collection from households in villages. If villages construct solid waste management sheds, funds will be disbursed into the accounts of the responsible panchayats within 24 hours of completion of construction. Compost produced from village composting sites will be sold at a rate of Rs 11 per kg. The profits will be shared between farmers and Green Ambassadors, said Mr Ramajaneyulu.

Despite the state’s ODF status, Andhra Pradesh plans to continue its toilet construction activities. 17,000 Swachhata complexes (community toilets) will be constructed in the state, at a cost of Rs 2 lakh peer toilet complex. These complexes will have four to five urinals and two toilets. Menstrual hygiene has also been identified as an integral part of the ODF plus campaign. The state government will distribute five sanitary napkins to all adolescent girls and women below the age of 50. More than 20,000 incinerators will be in place in villages and cities for safe disposal of used sanitary napkins.

“The government’s decision to go for the ODF plus status is a positive one, as that will ensure complete sanitation for all and focus on waste management. This will also help the government tackle stray incidents of open defecation in some parts of the state. The state has promised all possible help to make Andhra Pradesh the first ODF plus state in the country and if the waste management part is tackled with precision, we may soon become an ODF plus state,” said P.S. Pradyumna, District Collector, Chittoor.

With more than 400 districts becoming ODF in the country, states are gradually focusing on securing the ODF plus status. Andhra Pradesh is the first state to launch a statewide and comprehensive plan to work towards the ODF plus status. With just six months left to meet the set deadline, Andhra Pradesh has taken upon itself a formidable challenge which the district administrations may find tough to execute.