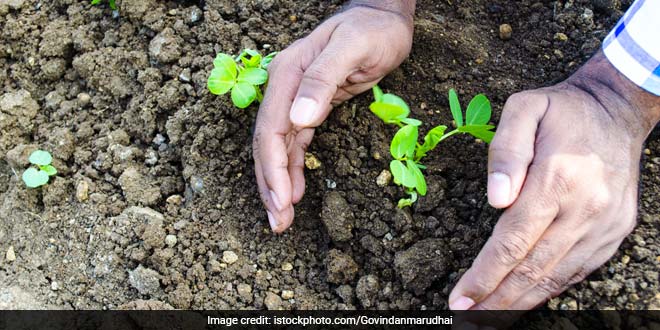 New Delhi: Founder of Sikhism, Guru Nanak Dev Ji once said ‘Pawan Guru Paani Pita Mata Dharat Mahat’, which literally translates into air is our teacher, water is our father and Earth is our mother. Through his message, Guru Nanak Dev Ji urged individuals to take care of air, water and mother Earth just the way they would fend for their parents and teacher. Taking the message of Guru Nanak Dev Ji’s to the millennials, Delhi Sikh Gurdwara Management Committee (DSGMC) has come up with a guideline that mandates all freshers at colleges run by DSGMC to plant 10 trees during the first year of their college.

Keeping in mind the environmental emergency in Delhi, DSGMC has come up with this initiative. Talking to NDTV about the scheme, Manjinder Singh Sirsa, President of Delhi Sikh Gurdwara Management Committee, said,

We believe, today if the younger generation or millennials understand the environmental crisis and act upon it, they will be able to make it a better place to live in for generations to come. These students are fresh out of school and have a fresh mind and zeal to do something for the country.

As per the directive, any student taking admission in any of the nine colleges run by DSGMC has to sign an undertaking to plant 10 trees and take care of them until their final year. Currently, Four Delhi University (DU) colleges and five Guru Gobind Singh Indraprastha University (GGSIPU) Colleges/Institutes come under DSGMC.

The nine colleges run by DSGMC are:

Shedding light on how DSGMC will ensure the effective implementation of the mandate, Mr Sirsa says,

Students will have to treat this mandate as one of their college projects. They will be asked to submit the report highlighting the status of the trees planted by them accompanied with photographs, on an annual basis.

DSGMC has asked colleges to identify land for tree plantation. Students can either plant trees in the area provided by their college which can be within the campus or outside the campus on MCD (Municipal Corporation of Delhi) land, or around their home. With this move, 55,000 trees will be planted this year, states Mr Sirsa.

To promote tree plantation and fight the global pollution menace, on May 15 this year, the House of Representatives, Philippines, approved ‘Graduation Legacy for the Environment Act’ which requires all graduating elementary, high school and college students to plant at least ten trees each as a prerequisite for graduation.