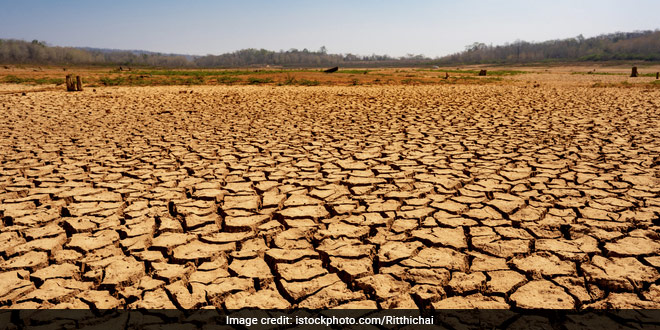 According to a report released by NITI Aayog in August 2018, around 50 per cent of the springs in the Indian Himalayan Region (IHR) are drying up

New Delhi: Climate change and ill-planned human interventions in the Himalayas have accentuated the vulnerability of the hills to disasters, resulting in a manifold increase in loss of property and human lives, experts say. Recently, flash floods obliterated a base camp site near the Amarnath cave shrine in Jammu and Kashmir’s Pahalgam, killing 15 pilgrims. In the northeast, the sixth most earthquake-prone belt in the world, a colossal landslide killed 56 people, including Territorial Army soldiers, railway workers and villagers in Manipur’s Noney district on June 30.

Several key roads are currently blocked due to landslides triggered by heavy rain in Jammu and Kashmir, Himachal Pradesh, Uttarakhand and the northeast. The Himalayas are inherently vulnerable to heavy rains, flash floods, landslides etc, as these are new mountains which are still growing and are seismically very active.

Climate change has added another layer of vulnerability. It is acting as a force multiplier and making landslides, flash floods and cloudbursts more disastrous, said Himanshu Thakkar, coordinator of South Asia Network on Dams, Rivers and People (SANDRP).

We do not do any honest environmental impact assessment, nor do we keep in mind the carrying capacity of the mountains. We do not even have a credible disaster management system in place for the Himalayas, Mr Thakkar said.

Food security is at risk in the hills, with landslides, flash floods and soil erosion affecting agricultural land.

Earlier, we had dense forests in catchment areas which helped rainwater percolate into the ground which would become available after the monsoon as springs. Now, the rainwater just runs off due to denuding forests. Therefore, springs are disappearing which in-turn is reducing the availability of water for irrigation, he said.

According to a report released by NITI Aayog in August 2018, around 50 per cent of the springs in the Indian Himalayan Region (IHR) are drying up.

Hemant Dhyani, a member of the Supreme court-appointed high-powered committee on Char Dham highway project in Uttarakhand, said the Himalayas, the youngest mountain range in the world, are naturally primed for calamities.

More forest fires are being reported due to the dip in moisture as springs are drying up, he said.

According to a 2020 study by Wadia Institute of Himalayan Geology, an autonomous institute under the Ministry of Science and Technology, black carbon concentrations near the Gangotri glacier rises by 400 times in summer due to forest fires and burning of agricultural waste, which can trigger glacial melt because of the light-absorbing nature of black carbon.

There is a need to maintain green cover up to 100-150 km downstream of glaciers. These areas should be declared as eco-sensitive zones. Rich, dense forest will act as buffer zones and store water from the glaciers, Mr Dhyani said.

Climate change is aggravating the outcomes of unplanned construction projects and unregulated tourism, he said.

With hydropower projects clogging the river basins, the February 2021 Rishi Ganga disaster was waiting to happen, he said.

According to government data, the Alaknanda and Bhagirathi basins are home to around 36 operational hydropower projects.

A report by the National Institute of Disaster Management in 2015 said dam construction is one of the reasons for increasing flash floods in the region.

A glacial burst had flooded the Rishiganga river causing extensive damage to the hydel projects in the region.

Altogether, over 200 people from the Rishiganga project site at Raini and the Tapovan-Vishnugad project site at Tapovan had gone missing in the tragedy. In all, bodies of more than 80 victims have been found.

The glacier burst can be attributed to climate change but the “criminal negligence” of governments and project proponents turned it into a disaster, Mr Dhyani said.

Indiscriminate blasting of mountains to construct roads and other infrastructure has aggravated landslides in the already fragile areas, he added.

Mallika Bhanot from Ganga Ahvaan, a citizens’ forum, said since the Himalayas are developing mountains, the soil is loose. “On top of that, you are cutting forests to construct roads, dams and other infrastructure.” The glaciers are receding due to global warming. As they recede, they leave behind a lot of sediment which comes hurtling down during heavy rain events.

The sediments increase the river bed level, which further increases the flow in the already roaring rivers in the monsoon, she said. A report released by the Ministry of Earth Sciences in 2020 said the annual mean surface-air-temperature in the Hindu Kush Himalayas (HKH) increased at a rate of about 0.1 degree Celsius per decade during 1901–2014, with a faster rate of warming of about 0.2 degree Celsius per decade during 1951–2014, which is attributable to anthropogenic climate change.

Several areas in the HKH have exhibited declining trends in snowfall and retreating glaciers during the recent decades. Parts of the high-elevation Karakoram Himalayas have, in contrast, experienced increased wintertime precipitation in association with enhanced amplitude variations of synoptic western disturbances, it said.

India’s Doctor-Population Ratio Of 1:854 Is Better Than WHO Standard Of 1:1000: Minister Of State Tells Lok Sabha