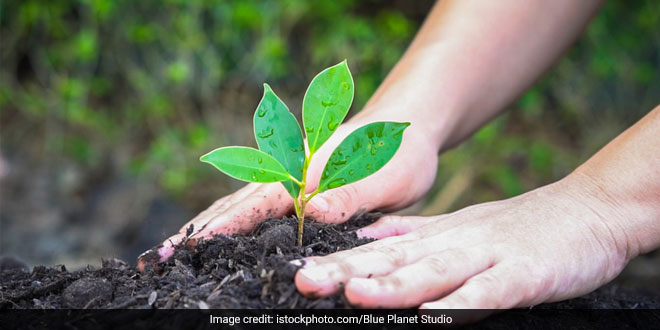 Bhubaneswar: The Odisha Government on Monday (June 29) planned to implement a new initiative ‘Sabuja Odisha’ to increase green cover through extensive plantation over 1,30,264 Hectares of land. This has been decided in a high-level meeting held under the Chairmanship of Chief Secretary Asit Tripathy on Monday. As per the official statement, Chief Secretary Asit Tripathy has emphasised upon more employment generation through the plantation and proper maintenance of seedlings. Mr Tripathy has directed to put a web-based system for real-time monitoring and supervision of the programme.

The department has asked to form district-level committees led by the collector for proper coordination and implementation of the program at the ground level, the statement said.

The Divisional Forest Officer headquarters would work as Plantation Officer in the district. Chief Secretary directed all districts to have their own micro-level work plan for plantation.

rincipal Chief Conservator of Forests (PCCF), Sandeep Tripathy appraised, “1,30,264 hectares of land has been identified for plantation, which is almost two times more than the last year plantation within 68,358 hectares.”

The people will be given the seedling of their choice at Rs. 1 per seedling. The plantation sites with geographic information system coordinates will be uploaded on the website for continuous monitoring through satellite applications.

“This year’s all-time high number of seedlings have been raised in the 5,222 nurseries.”

National Doctor’s Day 2020: India To Celebrate Medical Professionals On July 1, All You Need To Know