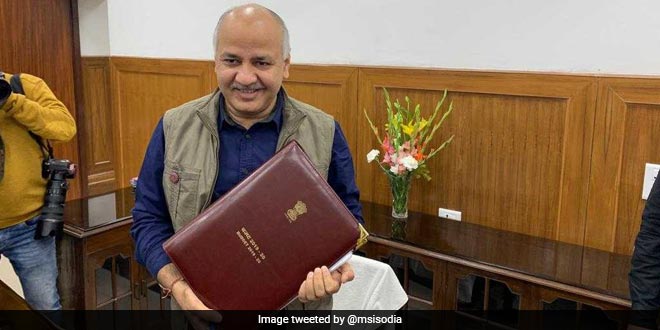 New Delhi: The Deputy Chief Minister of Delhi Manish Sisodia presented the fifth annual budget of the Government of National Capital Territory of Delhi (GNCTD) on Tuesday. With a total outlay of Rs. 60,000 crore, the budget talks about a state electric vehicles (EV) fund for which the GNCTD has allocated Rs. 100 crore. As per the Deputy CM, the Delhi Budget 2019-20 lays emphasis on education, health, and transport.

While the details of the EV fund are not clear yet, the industry welcomes the Delhi government’s consideration towards EVs and the allocation of Rs. 100 crore. Sohinder Gill, Director General, Society of Manufacturers of Electric Vehicles (SMEV) said,

The budgetary allocation of 100 cr towards Electric vehicles by the Delhi government is a positive start.

However, Pawan Kakkar, MD, YC (Yatri Chetak) Electric Vehicles, an e-rickshaw manufacturing firm said that Rs. 100 crore may not be quite sufficient for EVs in the city. He said,

Delhi Pollution Control Committee (DPCC) gives a subsidy of Rs. 30,000 per e-rickshaw and so allocating a separate fund for EV may be a good start but is not enough. We now need to know how the government is planning to continue with the subsidy.

While the Delhi government is already running a pilot project for three electric buses and is targeting to purchase 1000 e-buses, it has not finalised the draft EV policy it introduced in November 2018, yet. The Delhi government promised to launch a policy on electric vehicles in the Budget for the Financial Year (FY) 2018-19. Mr. Gill said,

We feel that the draft policy which was introduced last year by the Delhi government would require huge fund support in order to achieve its intended goal. As envisioned in the policy, E2Ws, E3Ws, and e-buses would be the key segments that government may target in the initial phase. We look forward to the introduction of the final EV policy so that the industry would have some clarity on the government’s direction towards e-mobility.

Anumita Roy Chowdhury of Centre for Science and Environment (CSE) also holds the view that the government needs to bring certainty in the electro-mobility roadmap along with a clean mandate of targeted phases for deploying EVs. While introducing the draft policy, the Delhi government said that it will be finalising the policy within one month but it has been almost three months and as per, Manu Sharma, spokesperson of SMEV, finalising EV policy is one of the concrete steps that are required urgently for building a favourable eco-system for EVs.