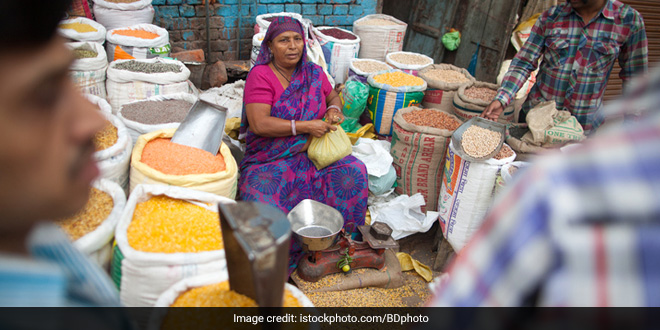 New Delhi: The Delhi government cleared the proposal to allow home delivery of ration to all ration cardholders of the capital on Tuesday (July 21) with an aim to implement one of the major promises made by Aam Admi Party (AAP) in the run-up to the assembly polls held earlier this year and to eliminate corruption in the Public Distribution System (PDS). The scheme called as ‘Mukhya Mantri Ghar Ghar Ration Yojana’ will let the beneficiaries under the National Food Security Act (NFSA), 2013 to avail ration at home, after which visiting ration shops will become optional.

Also Read: At 20.1 Million, India Expected To Have Highest Births Since COVID-19 Declared As Pandemic: UNICEF

According to Mr. Kejriwal, the scheme will start in the next six to seven months. The Chief Minister said in his web address,

Ration and PDS are very close to my heart. 15 years ago, Manish and I were activists. We would fight against the system to ensure the poor got ration. We did not know back then that God would give us the opportunity to enter the system and fix it from within. This is a dream come true for me.

Ration n PDS are very close to my heart. 15 years ago, Manish & I were activists. V wud fight against the system to ensure the poor got ration. V did not know back then that God wud give us the opportunity to enter the system n fix it from within. This is a dream come true for me pic.twitter.com/DTYCI44LKP

Mr Kejriwal added that every government in the country, along with the Central government, distributes ration to the poor people of their state. But since ration distribution started in the country, the poor have had to face a lot of difficulty in getting it. He said,

Sometimes the shops are closed, sometimes they get adulterated food or sometimes they are charged higher prices. In the last five years, we have made many improvements in the system of rationing. Today we have approved the scheme of doorstep delivery of ration in Delhi.

Under this scheme, people will no longer have to visit the ration shop, but the ration will be transported to people’s homes with due respect, the Chief Minister said.

He further informed that wheat will be picked from the warehouse of Food Corporation of India (FCI) and will be crushed into flour before distribution under the new system. He also said that rice and sugar packets will also be delivered at home.

Mr. Kejriwal also said that the Delhi government will commence the implementation of Centre’s One Nation One Ration Card (ONORC) scheme on the day of the launch of the home delivery of ration policy. ONORC is a system that includes national portability of the ration cards, which so far have been restricted to the state where the card was issued. So a migrant worker from Bihar could not use his ration card in Delhi to buy foodgrain from public distribution shops. One Nation One Ration Card is set to change that.

According to Shailendra Kumar, a ration shop owner in Sundar Nagar, New Delhi, the decision to start home delivery of ration will reduce the crowd at fair price shops (FPS) but he expressed concerns over the fading away of the buying from the PDS shop system. He said,

We have been running this ration shop for many years now. The new system is likely to reduce crowds at Fair Price Shop and maybe it will help in implementing social distancing measures more effectively in the post-COVID world but there are some concerns related to the implementing this system. While it may be good for the cardholders to get the ration at home and the government is saying that the option of going to the ration shop will be kept open, I fear that the ration shops may fade away in the future. In my opinion, instead of hiring a separate agency, the government should involve ration dealers for distributing ration at home. Similarly, doorstep delivery will require recoding the transaction via POS (Point of Sale) machine. Ration shops in Delhi stopped using these machine more than two years back because of the technical problems and network issues. How can we ensure that such problems that occurred at shops will not be faced when we take the machine to various places. But I think the government must have thought of some good ways to make this work. Let us wait to know more about the implementation plan.

A Point of Sale machine is an electronic device used to process biometric authentication and record the sale of ration. However, due to technical glitches like lack of stable internet connection, mobile network for receiving OTPs (One Time Passwords) and power back-ups, these machines have posed challenges in the distribution of ration at some places.

Amrita Johri, an activist associated with Roti Rozi Adhikaar Abhiyan, a people’s movement working for the rights of the daily wage workers and urban poor and National Campaign for People’s Right to Information (NCPRI) said that no details are available in the public domain and there is no way to know what exactly is the Delhi government planning to do with the PDS in the capital. She said,

The past five months, especially after the COVID-19 lockdown started, it has been proved that public distribution of ration is the lifeline for a large number of people. Even the governments at the centre and state level have recognised this. So it is extremely important to ensure that the system does not suffer due to any kind of policy experiments because it will affect more than 71 lakh citizens of Delhi. Before giving the proposal a nod and announcing the change, the Delhi government should have conducted a pilot test in 3-4 constituencies to be sure about the on-ground situation and challenges while drafting the execution plan.

She further added that the Delhi government proposed the home delivery of ration in 2017 but could not get the approval from the cabinet. She said that during multiple discussions with the government on the proposal and in various depositions submitted by the Right To Food campaign to the Delhi government in the past three years, the campaign repeatedly raised some issues raised post discussions with the community that could keep the new system from succeeding. While explaining those issues, Ms. Johri said,

Two years ago, the Delhi government made the use of PoS machine mandatory. Then they had to roll it back soon saying that out of 20 lakh ration cards in Delhi, 4 lakh ration cards could not receive ration once Aadhar card became necessary due to biometric authentication failure. But now, they are rolling out a new delivery mechanism using the same technology that failed two years ago. The issues that were existing then are present even today. For example, at many places in Chandani Chowk, the best you get is 2G signals. Now if you are going to households for ration distribution in the slum areas of Chandani chowk to deliver the ration, how will you do the biometric authentication?

When it comes to distribution of ration, the government must remember that they are dealing with the poorest of the poor. It’s not like more privileged people getting food delivered from Zomato or some home essential from Amazon. The family may not even have a phone, or if they do, it may be the male member of the family who take to work. How will they get the OTP (One Time Password)? Also, they tend to change their numbers every few months to benefit from more affordable talk-time offers from a service provider. They sometimes change their ‘basti’ when they find out that similar accommodation is available at a cheaper rent in some other ‘basti’ in the same area. How is the government planning to ensure that the system will keep updating these residence and contact number changes when it is next to impossible for the households to get the address changed in their Aadhar cards or do some other paperwork frequently.

She asserted that just changing the mode of distribution will not address the problem of corruption and spillages in the public distribution system. She said that the government must establish a State Food Commission and conduct social audits of PDS to understand the on-ground problems and grievances of the public, as recommended under National Food Security Act, which has not happened in the capital over the last seven years of execution of the Act.

Related Topics:
Delhi Nutrition
Up Next