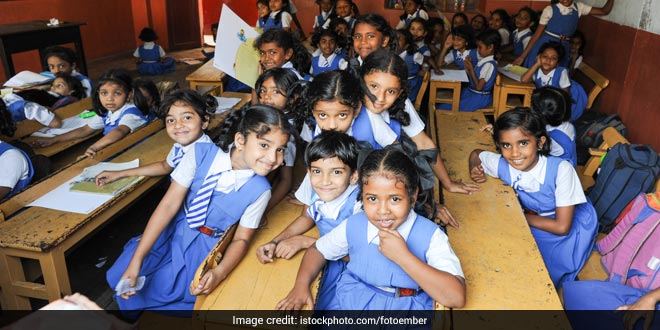 New Delhi: Quit your jobs and sit at home. Is this how you treat your children? An anguished bench of the Delhi High Court told this to the officials of the city government and the municipal corporations for their failure to implement daily garbage collection from city schools. A bench of acting Chief Justice Gita Mittal and Justice C Hari Shankar asked the municipal corporations officials to fall in line, chiding them saying “is this how you treat your children.”

It also observed that the authorities now need PILs to get the schools of Delhi cleaned.

On May 17, the bench had directed the three Municipal Corporation of Delhi (MCDs), the New Delhi Municipal Council and Delhi Cantonment Board to ensure that garbage was collected from all schools under their territorial jurisdiction and disposed of. It had ordered that garbage removal shall be effected on a daily basis. The authorities would intimate to the schools of the time when the collection and removal of garbage would be undertaken.

The directions were issued during hearing of a PIL by NGO, Justice for All, which through Counsel Khagesh Jha, had said that the government schools stink because the garbage thrown by the students was not being cleaned regularly.

When the matter came up for hearing before the bench, it was informed that garbage was still lying in these schools and even the toilets were found to be unhygienic.

Hearing this, the bench asked why they needed eight weeks to clean schools. “This should be a regular practice. You are unable to clean it, despite direction from the court. You should resign from your jobs and sit at home”.

The prayers (in the petition) for hygiene in schools cannot be adversarial and instead all should join hands and do this, the bench said, adding that even the counsel appearing for the government and the civic bodies should tell their clients and not defend their wrong action.

Warning the authorities of action, the bench directed the counsel for the NGO and the counsel for all the civic bodies to visit some of the schools and file a report on the cleanliness and hygiene conditions there.

The bench also said the Principals of the schools would also be held liable if their institutions are not found clean and hygiene and directed this direction be communicated to the Principals by the municipal bodies and other agencies.

The court fixed the matter for further hearing August 16. The petition had claimed that multiple agencies in Delhi were busy shifting blame on each other and there was no coordination between them to improve the infrastructure for the students. It also raised issue of poor condition of toilets in these schools.

The contracts of cleaning of toilets have been awarded to the lowest bidders and amount is so inadequate that it is almost impossible to clean the toilets. The staffs appointed by the contractors are inadequate in number. As a result, the toilets are not clean, the plea has said.

Swachhta Bandhan: Brothers In Varanasi District To Gift Toilets To Sisters This #RakshaBandhan