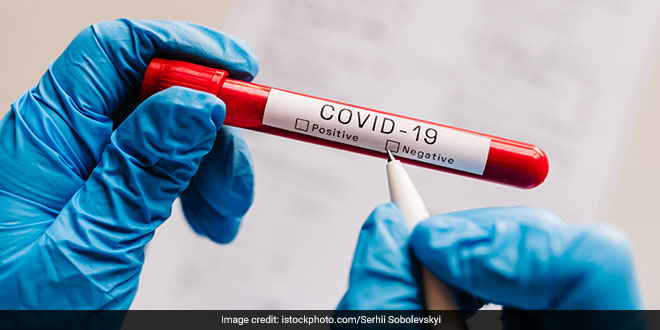 New Delhi: Amid rising concerns due to the new coronavirus variant Omicron, the Delhi government on Monday (November 29) said RT-PCR tests will be conducted on all passengers arriving from six high-risk countries. Seven days of home quarantine will be mandatory for those testing negative upon arrival and after seven days, the person must take another RT-PCR test and if the results are negative again, they can come out of quarantine but will have to monitor their health for the next seven days. The decisions were taken in the 27th meeting of the Delhi Disaster Management Authority (DDMA) chaired by Delhi Lieutenant Governor Anil Baijal today.

According to sources, the six Omicron-affected countries discussed at today’s meeting include Belgium, Israel, Hong Kong, Botswana, Zimbabwe and South Africa. Ways to prevent the spread of the new Covid-19 variant ‘Omicron’ were also discussed in today’s meeting.

It was decided that a mandatory RT-PCR test would be needed for travellers coming from these affected countries and samples of those who test positive would be sent for genome sequencing, Mr Baijal said in a tweet.

To effectively tackle the emerging situation, Officials were advised to strictly enforce the guidelines for international arrivals as issued by the Ministry of Health and Family Welfare, GOI in coordination with the Ministry of Civil Aviation.

“After detailed deliberations as advised by experts it was decided to continue to strictly adhere to the Test, Track, Treat strategy with special focus on surveillance, isolation of positive cases, contact tracing and strict enforcement of COVID Appropriate Behaviour,” Mr Baijal tweeted.

After detailed deliberations as advised by experts it was decided to continue to strictly adhere to the Test,Track,Treat strategy with special focus on surveillance, isolation of positive cases, contact tracing and strict enforcement of COVID Appropriate Behaviour.

“The Health Department was also advised to be in a state of preparedness and ensure adequate availability of beds, medicines, oxygen, etc to tackle any emergent situation that may arise. It was emphasized that the pace of vaccination should be enhanced for maximum coverage,” the Delhi LG further said in a tweet.

New variants have been discussed in the meeting. Experts said that since this is spreading very fast, there is still uncertainty about its impact. People all over the world are worried about how it is reacting. Whatever information the experts have about it, they informed DDMA about it and said that we are keeping an eye on it.

Explained: What Are The Symptoms Of Omicron, A Variant Of Concern