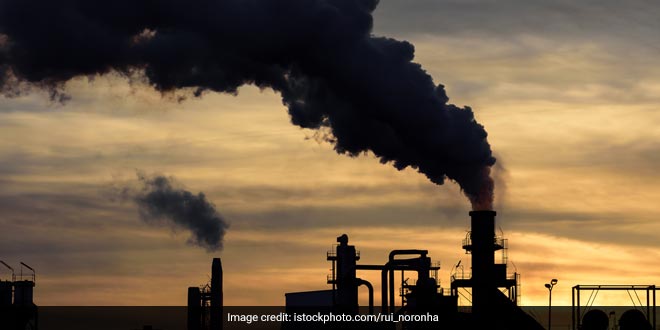 New Delhi: The Union environment ministry on Wednesday (June 8), rejected the findings of Environmental Performance Index 2022, by US-based institutions which ranked India at the bottom of a list of 180 countries. The index published recently by the Yale Center for Environmental Law and Policy and the Center for International Earth Science Information Network, Columbia University, used 40 performance indicators across 11 categories to judge countries on climate change performance, environmental health and ecosystem vitality.

Among all, Denmark topped the 2022 in the Environmental Performance Index (EPI), followed by the United Kingdom and Finland, which earned high scores for slashing greenhouse gas emissions in recent years.

The Environmental Performance Index (EPI) 2022 released recently has many indicators based on unfounded assumptions. Some of these indicators used for assessing performance are extrapolated and based on surmises and unscientific methods. A new indicator in the climate policy objective is ‘projected greenhouse gas (GHG) emissions levels in 2050’. This is computed based on the average rate of change in emission of the last 10 years instead of modelling that takes into account a longer time period, extent of renewable energy capacity and use, additional carbon sinks, energy efficiency etc. of respective countries.

According to the report of the environment performance index,

The lowest scores go to India (18.9), Myanmar (19.4), Vietnam (20.1), Bangladesh (23.1) and Pakistan (24.6). Most low-scoring countries are those that have prioritised economic growth over sustainability, or those that are struggling with civil unrest and other crises. India, with increasingly dangerous air quality and rapidly rising greenhouse gas emissions, falls to the bottom of rankings for the first time.

China is placed 161st, with an overall EPI score of 28.4. China and India are projected to be the largest and second-largest emitters of greenhouse gases in 2050, despite recently promising to curb emission growth rates, the researchers claimed.

Forests and wetlands of the country are crucial carbon sinks but have not been factored in while computing the projected GHG emissions trajectory up to 2050 given by EPI 2022. Historical data on the lowest emission trajectory has been ignored in the computation.

The ministry said the weight of the indicators in which India performed well has been reduced and the reasons for such change have not been explained in the report.

According to the EPI report, lagging behind its peers, the United States is placed 20th out of the 22 wealthy democracies in the Global West and 43rd overall. This relatively low ranking reflects the rollback of environmental protections during the Trump administration.

The Union environment ministry also highlighted that the indicators on water quality, water use efficiency, waste generation per capita which are closely linked to sustainable consumption and production are not included in the Index.

The index emphasises the extent of protected areas rather than the quality of protection that they afford. Management, effectiveness and evaluation of protected areas and eco-sensitive regions is not factored into the computation of biodiversity indices.

The index computes the extent of ecosystems but not their condition or productivity. It did not include indicators like agro biodiversity, soil health, food loss and waste even though they are important for developing countries with large agrarian populations.

Russia is ranked 112th on the list, EPI projections indicate that just four countries China, India, the US and Russia will account for over 50 per cent of residual global greenhouse gas emissions in 2050 if the current trends hold.

Also Read: World Environment Day 2022: Only One Earth Is The Theme This Year

Explained: What Is Pride Month And Why It Is Celebrated In June