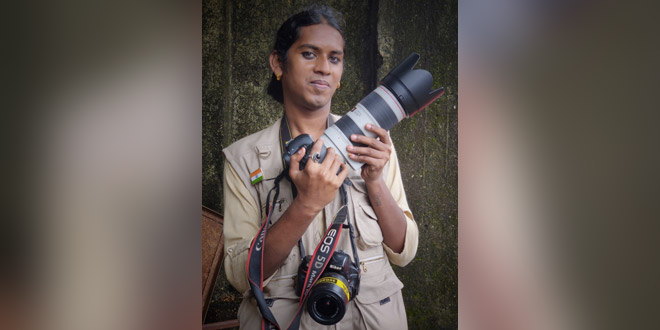 New Delhi: Born into a family of three in the mid-90s in Mumbai’s Mahim area, Zoya Thomas Lobo was growing up and leading a regular life. It was at the age of 11 when Zoya’s life turned around with the untimely demise of her father, who used to work as a security guard for a residential building. The family of three – Zoya, her mother and elder sister were left with little to no money as their savings were exhausted from her father’s treatment. As a result, Zoya had to drop out of a Convent school in Class 5 and even move houses.

We were allotted a small house in the same building my father used to work but we were made to vacate the place due to some disputes. Though my mother legally won the case we still moved to my aunt’s place. The financial constraints took a toll on my mother’s mental health, resulting in her absence from our lives. Most of the time, I and my elder sister were left to fend for ourselves. My sister was married off early following which we had to leave my aunt’s place as well and take shelter, wherever we could find one. Sometimes a square feet area on the footpath or under the bridge would become our home, whereas, on other days, it would be an area outside a shrine, recalls 27-year-old Zoya.

It is at the same time, Zoya, who was born a male biologically, realised gender dysphoria. She started experiencing feminine traits, enjoyed playing with dolls and games said to be meant for girls and was attracted to boys. Zoya had to hide her identity from the family for the fear of being thrashed. But she came out as gay in front of a few friends who supported her.

To sustain the family, Zoya took up odd jobs and worked at a bakery, as a cleaner at a theatre, and as a receptionist at a dance studio. Talking about her coming out journey, Zoya said,

At 17, I met my guru Salma who told me that she had recognised me as a trans person when we first moved outside the shrine but wanted me to discover myself. I was whole heartedly welcomed into the community that taught me everything about being a trans person. However, my mother was unhappy with the fact that I have become a member of the trans community as she believed that I will get involved in sex work.

As a member of the community, Zoya used to travel in trains and beg for her bread and butter. Her mother observed the work for a while and then cut off all ties with Zoya. However, three months later, she came along and accepted Zoya as her ‘daughter’. Through begging, she used to earn Rs. 500 to Rs. 800 a day.

Sharing the ordeal of a Trans person, Zoya recalled an incident from the past, one fine evening when she was travelling on a train to Bandra. She along with another man was harassed by a cop dressed in civil. She said,

The cop asked, ‘chalegi kya?’ that essentially means asking someone for sexual favours. On refusal, the cop called other policemen and I and a friend were taken to a police station where we were stripped naked and sexually assaulted. We were beaten by belt and released at 3 in the morning.

In 2018, killing away time on a regular day, Zoya happened to watch a short film Hijra Shap ki Vardaan Part 1 on YouTube and pointed out the misrepresentation of transgender people and the casting of a cisgender person for the role of a Trans in the comments section. The comment got the attention of the director and that led to Zoya’s acting debut in the film’s sequel for which she won an award too. And then there was no looking back for Zoya.

At an award ceremony, a representative of a local college media agency noticed Zoya and offered her a reporter’s job. Despite having a press card and a job, Zoya used to beg for her living. Meanwhile, she tried her hand at photography and developed an inclination towards it. From the money Zoya had saved through begging, she purchased a second-hand camera and set on the journey to cease moments. 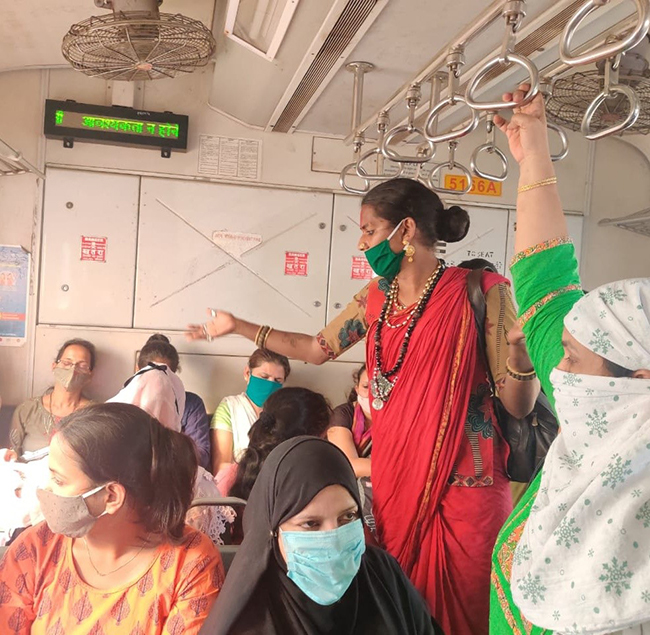 As a transgender person, Zoya Thomas Lobo used to beg on trains

I would take random pictures on the street, record videos, and report. It was in 2019 when I was covering a pink rally – Transgenders protesting for their rights – and met Divyakant Solanki, a senior photojournalist for EPA (European Pressphoto Agency) who introduced me to the field of photojournalism and taught me the nuances of photography.

But the world recognised her only in 2020, during the COVID-19 pandemic when she captured a protest by migrant labourers. Recalling the day, she said,

I was travelling on a train when I saw migrants protesting outside Bandra station. I rushed back home to bring my camera. The photos were later picked by various publications and that’s when I saw my name tagged with my work for the first time.

Also Read: Leaving No One Behind: ‘Bambai Nazariya’, A Cafe In Mumbai Run By Transgender People With An Aim To Promote Inclusivity

Zoya went on to cover the different stages of the pandemic in India, including vaccination drives. She also holds a keen interest in street and wildlife photography and her social media account is a testimony to her work. Today, Zoya works as a full-time reporter for Lokshahi Maharashtra news channel and lives in a rented place by herself. 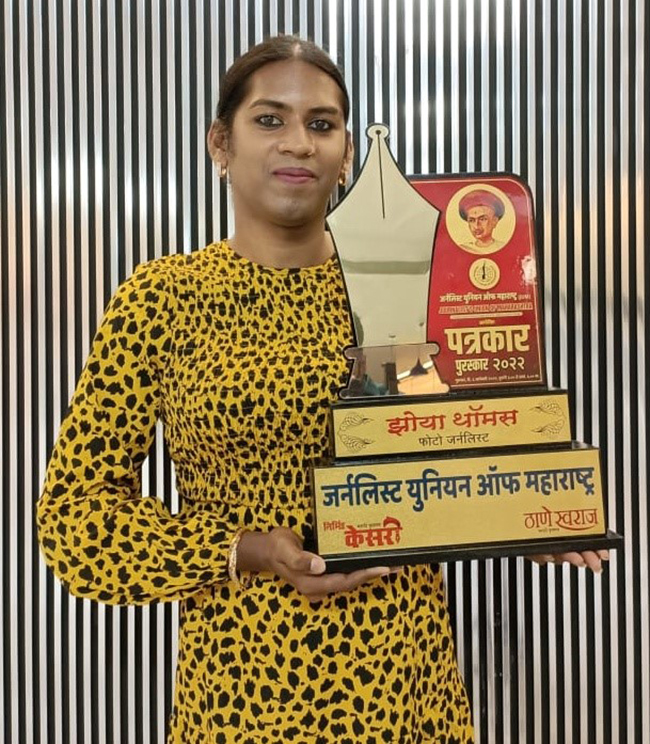 Zoya has been awarded by the Journalist Union of Maharashtra

Talking about her life, Zoya said,

The name that I was given at birth doesn’t exist anymore. It died along with the person I was. Family issues, financial instability, and my struggles, everything is in the past now. Today, I am Zoya Thomas Lobo, India’s first Transgender photojournalist.

Related Topics:
Leaving No One Behind Mumbai
Up Next

Leaving No One Behind: ‘Bambai Nazariya’, A Cafe In Mumbai Run By Transgender People With An Aim To Promote Inclusivity

International Transgender Day Of Visibility: Things You Should Know