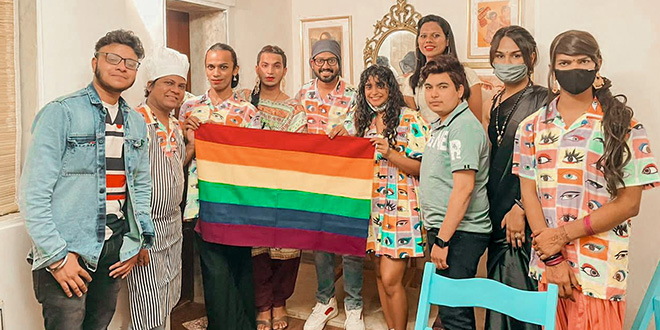 With the motto of ‘Nazariya Badlo, Nazara Badlega’, Bambai Nazariya café is encouraging people to change their perspective towards the LGBTQ community

New Delhi: “Warm ‘mehman nawazi’ (hospitality), homely environment and a new stigma-free perspective of the transgender community are what we provide to our guests at this café,” says Mahi Poojari (she/her), a 28-year-old member of the transgender community who works at ‘Bambai Nazariya’, a small café situated in Versova, Andheri West, Mumbai that is working on implementing the concept of ‘Leaving No One Behind’. With the motto ‘Nazariya Badlo, Nazara Badlega’ (Change your perspective and the world will change), this two-month-old ‘socially inclusive’ café in Mumbai hires only trans/non-binary people as staff and provides a safe space for people of all genders to visit and interact. 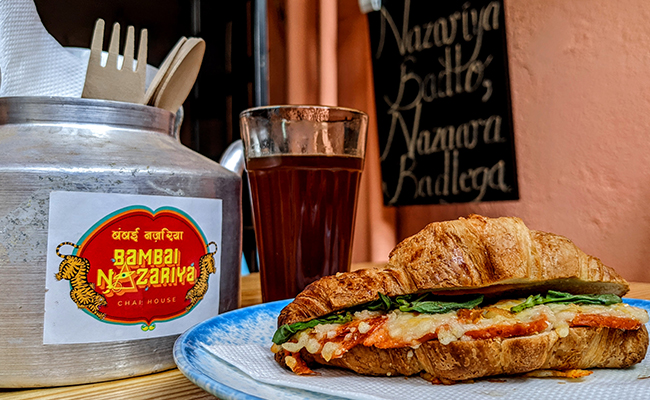 ‘Bambai Nazariya’ is situated in Versova, Andheri West, Mumbai that is working on implementing the concept of ‘Leaving No One Behind’

While talking to NDTV, Mahi, who was previously working at an NGO on raising awareness about AIDS among transgenders, said that the café has provided her with a new opportunity to interact with society and prove to them that people from the transgender community are not limited to begging or sex work. She said,

I want to thank the cafe owners Diego Miranda and Glenice D’Sa who came up with this idea and started this initiative. They have given us a great opportunity and opened new doors for us. We have been receiving a lot of guests every day since the café started and we see how happy people get when they come here and chat with us. We feel really nice when they visit us again and call us by our names. They enjoy the ambience here that we have created and we do our best to provide them with a great café experience. We also receive visits from the members of the LGBTQ community and I love how they are able to just be themselves and enjoy time with their friends without the fear of being stared at or judged by the staff and customers. 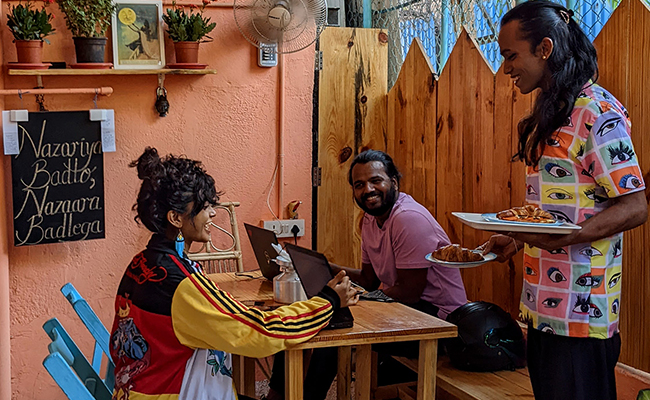 The employees at Bambai Nazariya like to call themselves ‘hosts’ and follow the concept of ‘Mehman Nawazi’ (hospitality), serving their customers good food and ensuring they are comfortable

On how it all started, Diego Miranda, a 28-year-old entrepreneur said that it was the vision of his late father to build a space like a café where people can visit without the fear of being misgendered and where acceptance and non-judgement prevail. So almost seven years ago, Diego decided to establish a café with the name ‘Bambai Nazariya’ and build an inclusive team by giving employment opportunities to individuals from the transgender community and providing a platform for them to explore their interests and skills in the hospitality space, to break the stigma. 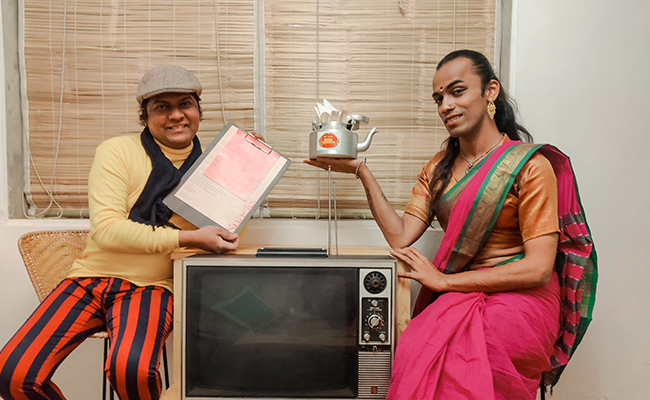 Mr Miranda said that while it took him seven years to work on his vision, he is glad that he took a step to bring a change he knew the society needed, a change that was long overdue. He said,

I have a fantastic team on board ‘Bambai Nazariya’, here to drive this change and break the cycle one small step at a time. The café is completely run by transgender employees. We have trained them to manage the front end as well as the culinary skills. So, from the kitchen to the services, everyone is transgender here. It is basically like a house where you come and get to know more about them, eat food prepared by them and experience their warm hospitality. We have built an ambience that gives old Bombay feels with a homely environment. 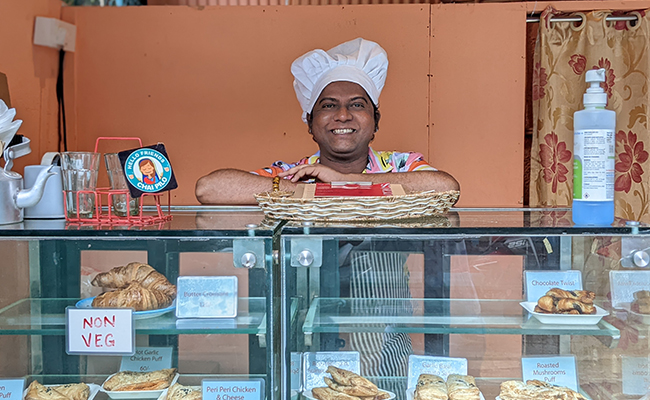 From Mumbai’s special pav bhaji, keema pav and misal pav to the trending Kashmiri pink chai, the café serves a number of meals to the guests. The café currently has three employees. While two of them worked with an NGO previously, one was unemployed. Mr Miranda further said,

My partner Glenice helped bring the vision to life and we plan to expand the staff to include more people from the transgender community and in future, we plan to open the café at more locations. Transgender Welfare Equity and Empowerment Trust (TWEET) Foundation and Humsafar Trust also supported us immensely in our endeavour. We are overwhelmed by the response. People are so welcoming and happy with the approach. They feel at home here and that’s exactly what we wanted. 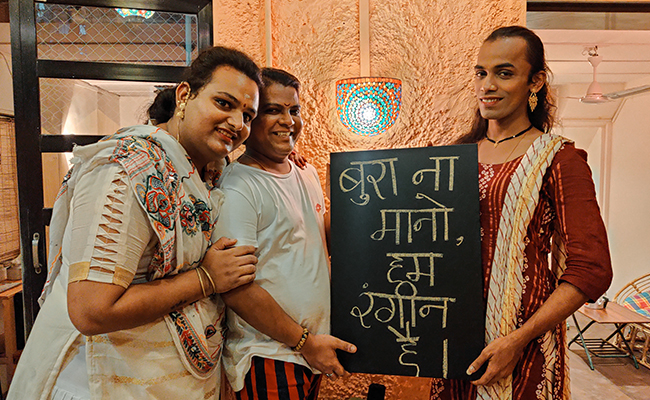 On how the café and initiatives like this can help address the issue of discrimination, Tinesh Chopade, Advocacy Manager at The Humsafar Trust, a non-governmental organisation working for the rights of the transgender community that facilitated the hiring of the staff for the café said,

The transgender community in India is still struggling with societal paradigms that make it difficult for transgender people to have an equal and respectable place in society. Despite the fact that the LGBTQIA+ wave has sparked movements and initiatives, there is still a long way to go. The stereotypical image of the community is one of the main issues impeding the development of this community as an equal voice in society. Transgender people, or Hijra as they are known in India, have an image that does not “fit” into the fabric of our society. Initiatives like Bambai Nazariya, on the other hand, are changing perceptions. By interacting with people in spaces like a café and other workspaces, the community gets the opportunity to show society that they are not limited to only begging and sex work, that they are just as human as anyone else.

Related Topics:
Leaving No One Behind Maharashtra
Up Next

From Begging On Trains To Being A Photojournalist, Here’s How This Transgender Person Carved Her Path