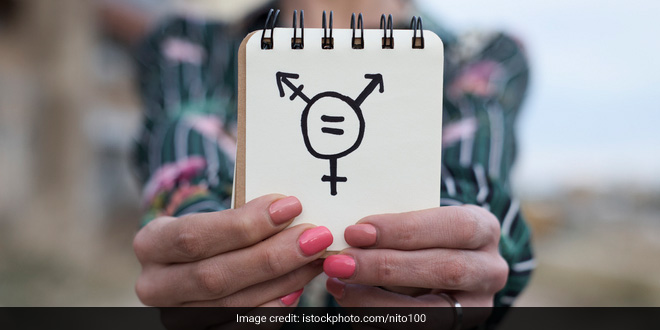 Rachel Crandall, a U.S. based transgender activist founded the day in 2009

New Delhi: To recognize the resilience and accomplishments of the transgender community, around the world, March 31 is celebrated as Transgender Day of Visibility. The aim of the day is to celebrate the trans people, raise awareness about the struggles that they face, and advocate for more protected rights and empower the community.

Here are some of the other things that you must know about the day:

Who Founded Transgender Day Of Visibility?

In 2009, the day was founded by Rachel Crandall, a U.S. based transgender activist.

Motto and Aim Of The Day

Rachel Crandall founded the day with a motto to bring a day of ‘visibility’ for the transgender community and raise awareness against the discrimination that transgender people face in their day-to-day life.

When Did The Day Gained Popularity?

The day gained popularity when in 2014, the day was observed by activists in Ireland and Scotland, while in 2015, when many transgender people took part in the event by participating in social media campaigns. They successfully made the day go viral by posting selfies and personal stories. In 2021, US President Joe Biden officially proclaimed March 31, 2021, as a Transgender Day of Visibility, proclaiming in part, “I call upon all Americans to join in the fight for full equality for all transgender people.” The White House also published this proclamation; which made Joe Biden the first American president to issue a formal presidential proclamation recognizing the Transgender Day of Visibility.

Theme Of The Day

The Transgender Day of Visibility is not marked with one particular theme; however, the day is celebrated across the world in its own unique ways. In some places, Trans Marches take place, which are organised by trans communities to build community, address human rights struggles, and create visibility, while at some places, celebrations take place on social media platform, which sees the community coming together and holding a discussion, thereby educating the masses.

In India, the Joint United Nations Programme on HIV/AIDS (UNAIDS) has launched a first-of-its-kind campaign highlighting the rights of trans children ahead of the ‘International Transgender Day of Visibility’. The campaign “Unbox Me”, launched, along with a two minute and 10 seconds film on the issue talks about secrecy and hiding that most such children go through.

“Now, influential Indian and international personalities are revealing these hidden childhood treasures of transgender people on social media, in an effort to symbolically unbox their secret to the world and open the conversation for so many transgender children out there,” UNAIDS said explaining the campaign.

With this initiative, UNAIDS aims to travel to schools across India spreading the message to teachers, students and parents.

According to the Health data released from the largest-ever study of transgender and gender non-conforming people in the United States, more than 50 per cent of LGBTQ individuals experience some form of discrimination while seeking medical treatment — whether it be the absence of proper gender designation on medical intake forms or blatant refusal to provide specific and necessary services.

Whereas,  as per a study by the Indian Journal for Psychological Medicine, 31 per cent of transgender people in India end their life by committing suicide, and 50 per cent of them have attempted suicide at least once before their 20th birthday.

From Begging On Trains To Being A Photojournalist, Here’s How This Transgender Person Carved Her Path