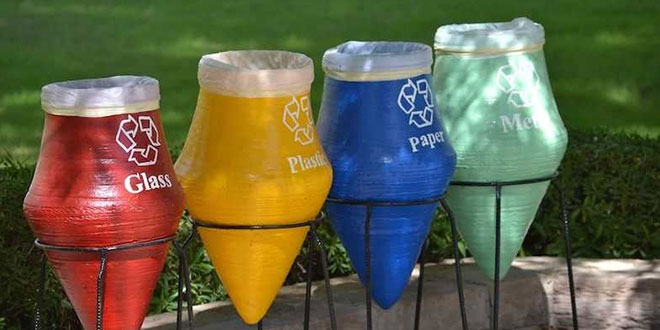 Mexico: Global waste could grow by 70 per cent by 2050 as urbanisation and populations rise, said the World Bank on Thursday, with South Asia and Sub-Saharan Africa set to generate the biggest increase in rubbish. Countries could reap economic and environmental benefits by better collecting, recycling and disposing of trash, according to a report, which calculated that a third of the world’s waste is instead dumped openly, with no treatment. “We really need to pay attention to South Asia and Sub-Saharan Africa, as by 2050, South Asia’s waste will double, sub-Saharan Africa’s waste will triple,” said Silpa Kaza, World Bank urban development specialist and report lead author.

If we don’t take any action it could have quite significant implications for health, productivity, environment, livelihoods, she told the Thomson Reuters Foundation.

According to the report, the rise in rubbish will outstrip population growth, reaching 3.4 billion tons by 2050 from around 2 billion tons in 2016. High-income countries produce a third of the world’s waste, despite having only 16 percent of world’s population, while a quarter comes from East Asia and the Pacific regions, it said.

While more than a third of waste globally ends up in landfill, over 90 percent is dumped openly in lower income countries that often lack adequate disposal and treatment facilities, said the report. A booming waste burden could also contribute to climate change impact, with the treatment and disposal of current waste levels generating around 5 percent of carbon emissions. Adequate financing for collection and disposal is one of the biggest issues for cities that often struggle to cover the costs of providing waste services, said Ms. Kaza.

If the incentives are aligned and there’s ability for contracts to be enforced, then the private sector can be a really powerful player, she said.

Boosting recycling and cutting plastics consumption along with food waste could help reduce rubbish, said the report, which noted a number of low income countries lack laws to deal with waste. Plastics, which can contaminate waterways and ecosystems for thousands of years, comprise 12 percent of all waste, the World Bank said. “Unfortunately, it is often the poorest in society who are adversely impacted by inadequate waste management,” Laura Tuck, World Bank sustainable development vice president, said in a statement. “It doesn’t have to be this way. Our resources need to be used and then reused continuously so that they don’t end up in landfills”, he added.