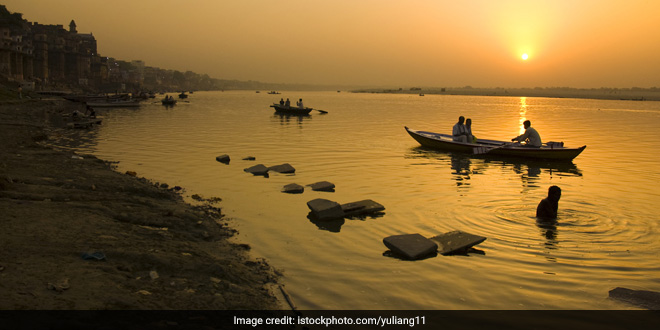 New Delhi: The Territorial Army (TA), which is a part of Indian Army, deals with natural calamities and maintenance of essential services in situations where life of the communities is affected, has now expanded its footprint to clean Ganga with a Composite Ecological Task Force (CETF). The task force comprises ex-servicemen, and will be based in Allahabad, Uttar Pradesh. The deadline for the clean-up for this task force is 2020. The government has also allocated about Rs 167 crore to the battalion under National Mission for Clean Ganga, the government body in charge of the Namami Gange programme.

The new Composite Ecological Task Force TA battalion will get its funds from the budget of the Ministry of Water Resources, River Development and Ganga Rejuvenation. According to the reports, the battalion will comprise of ex-servicemen and will be commanded by a Colonel-rank officer, along with eight other officers and 20 Junior Commissioned Officers (JCOs). Specially trained engineers, environmentalists and scientists will also form part of the battalion. The battalion will not just work to monitor environmental projects related to the resurrection of the river, but will also raise awareness among people to keep the river clean, patrol sensitive river areas for the protection of biodiversity, keep a tab on the pollution levels and assist the government in implementing  pollution control measures.

This new battalion will allow the Territorial Army to contribute in a national cause as huge as cleaning of the holy river, which provides water to 40 percent of India’s population and is one of the country’s most used, and abused rivers. Rampant pollution and indiscriminate dumping of industrial and other waste for years have resulted in the Ganga becoming one of THE world’s most polluted rivers and unfit for usage in many parts of India.

In August 2017, the Parliamentary Standing Committee expressed its apprehension that the government may miss its deadline to clean Ganga by 2020 due to slow pace of progress. Notably, much of the money allocated to the Namami Gange project, remains unspent, said officials from the National Mission for Clean Ganga (NMCG). When voted to power in 2014, Prime Minister Narendra Modi committed Rs $3.06 billion for the Ganga clean-up in the five years to 2020, but just $205 million had been spent between April 2015 and March 2017. Recognising that the clean-up mission is in shambles, Prime Minister Narendra Modi in April 2017 also decided to take personal control of the project, which aims to ensure proper sewage management, industrial discharge management and the beautification of several ghats along the Ganga. Furthermore, to ramp up the cleaning progress, the Centre also decided to take over 100 percent funding of various activities/projects under the Namami Gange program in 2015.

The making of this battalion is part of several such decisions, like establish 4-battalion Ganga Eco-Task Force and a legislation that aims to check pollution and protect the river) to ensure proper cleanliness of Ganga.

Also Read: The Man Who Stopped Unclaimed Corpses From Being Abandoned In The Ganga