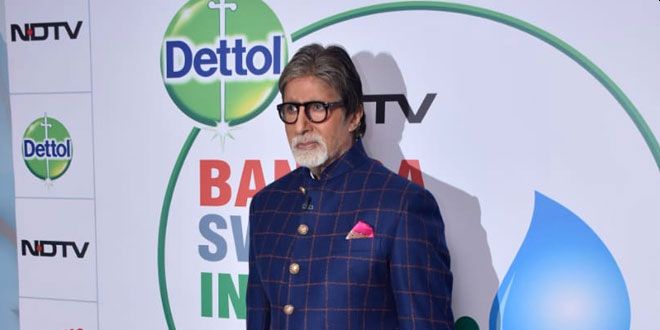 New Delhi: One needs to be living under a rock to not know about the plastic pollution and health and environmental hazards of using plastic, especially single-use plastic. From our food, water bodies, to landfills, plastic has seeped into our life and environment in every possible way. The omnipresence of plastic is evident with the rise in plastic production in India from 15 million tonnes (MT) in 1964 to 311 MT in 2014 and is expected to double again over the next 20 years, according to a report by Ellen MacArthur Foundation  Drawing attention and action towards beating plastic pollution, megastar Amitabh Bachchan featured in a video, released last month, where he is seen urging people to shun plastic for the sake of mother earth.

Also Read: ‘Only A Swachh India Can Become A Swasth Bharat,’ Amitabh Bachchan On Supporting The Clean India Cause

The video starts with actor highlighting the crisis of plastic pollution and plight of a fisherman whose livelihood depends on water bodies. Plastic waste that has made its way to the rivers and seas of India has made it difficult for him (fisherman) to earn his daily bread and butter. In a short video clip, the fisherman says,

Today, because of the plastic waste the rivers are dying a slow death. Plastic takes hundreds of years to completely decompose. If you reduce your consumption of plastic, you will be adding some happiness in our as well as in marine life. It’s a request, I plea with folded hands.

Mr Bachchan further says, if you can’t reuse plastic, refuse and use eco-friendly alternatives like cloth bag instead of single-use plastic carry bag. He adds,

We all have to do green good deeds – kuch hare bhare kaam apni dharti ke naam (some green initiatives for the sake of mother earth).

The Green Good Deeds Campaign was launched in 2018 by Union Minister for Environment, Forest and Climate Change, Dr Harsh Vardhan along with Amitabh Bachchan. The sole aim of the campaign is to bring about small behavioural changes in people’s everyday life, thereby making a significant impact on the environment’s health. Green good deeds involve bringing a change by doing something as small as carpooling, planting a sapling, refuse the use of single-use plastic, practise waste segregation, among others.

The video featuring Mr Bachchan is an effort towards promoting the idea of Green Good Deeds.

Toilets Should Be Used By Everyone, Every Day And Forever, Urges Actor Kajol For A Swasth And Swachh India

‘Only A Swachh India Can Become A Swasth Bharat,’ Amitabh Bachchan On Supporting The Clean India Cause