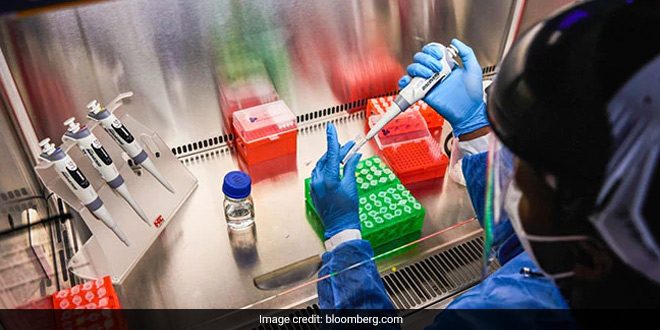 New Delhi: On 26 November 2021, World Health Oraganization (WHO) designated the variant B.1.1.529 a ‘variant of concern’ and named it Omicron. WHO said this variant has several mutations, which has not been seen in any other variants previously and because of this it may have an impact on how it behaves, how easily it spreads and the severity of illness it causes. To understand more about this variant of COVID-19, we speak with Dr Julian W Tang, Associate Professor, Clinical Virologist, Respiratory Sciences, University of Leicester on a Facebook Live session.

According to Dr Tang, the new variant Omicron is not surprising. He said,

We keep having new variants all the time. Some of them die out, some of them persist. Some spread across the world, some persist locally. Omicron has a lot more mutations and can escape the vaccine protection that we have in many countries now and also probably against the natural infection to the previous strains of the virus. But this is the natural evolution of the virus and the human population would probably adapt to the virus and vice-versa. And we might be seeing with Omicron less severe cases, more transmissibility. It’s actually like what you actually would see in the viruses that have already adapted to the human population like common cold viruses and influenza viruses. So, for the moment, the data from South Africa seems to be less severe but you need to see how it impacts different populations, in India, UK, US and others because they have a higher number of people with comorbidities.

Explaining why mutations can be dangerous, Dr Tang said, that when mutations happen, there are changes in the shape of the S protein because of which the antibodies are not able to combine well with the virus and that reduces the protection against the virus for those variants. He added that there is a need to update vaccines so that it can combine well enough to reduce severity and death.

Dr Tang said that in order to curb the transmission, individuals must continue to follow Covid appropriate behaviour like masking, social distancing, improving indoor ventilation, and reducing indoor crowds. He said that so far, not much is known about the Omicron variant and so countries should impose restrictions in order to curb the spread of the new variant. He stressed that especially during festivals and holidays, like the upcoming Christmas, New Year, people tend to mix and meet more often and so, there is a high chance of a surge in the cases.

Highlighting the importance of travel restrictions, Dr Tang said that the Omicron virus seems to be spreading across borders and locally as well. He said,

If we close the borders and keep the people already infected from travelling, you can avoid the further spread of the virus and importation of the virus from other countries. So, travel restrictions may delay the rise of infections.

While talking about what to expect after the two years of the pandemic, Dr Tang said,

We think that coronavirus will become endemic and seasonal like other viruses such as common cold viruses. As really how much each individual nation to live with in terms of infections, hospitalisation and mortality and again, we deal this every year with Influenza and we have a focussed vaccination for influenza, we also have anti-viral for influenza that we give to the specific high-risk population.

What Are The Symptoms Of Omicron Variant?

According to Dr Tang, currently, there is a lack of sufficient data on the symptoms of the Omicron virus but from the early findings, it has been seen that this virus produces more flu-like illnesses like fatigue, sore throat, a bit of shortness of breath rather than the loss of taste and smell that were seen typically with Delta and Alpha variants. He said that this change is maybe the indication that the virus is adapting to humans and may cause less severe disease even if it is more transmissible. He said,

As a virus starts adapting to humans, you see that some of the rather complicated symptoms start disappearing. We have seen this with influenza and common cold viruses as well.

While talking about how dangerous the new variant is, Dr Tang said that the danger level depends on many factors like the person’s medical status, whether they are immune suppressed or not, whether there is a kind of vulnerability that they don’t know about, genetic factors that may produce some diseases. He explained that all viruses have different vulnerabilities in different populations.

So, we cannot really say much yet unless we have more data, he said.

What Role Vaccination Plays In Dealing With New Variants?

On the role of vaccines in fighting the pandemic and the new variants, Dr Tang said that it depends on how severe the Omicron or any other subsequent variant tend to be. If the severity saws some drop, few people tend to take the vaccine because the others are not that bothered or there is a lack of vaccine, he said, adding that there are also some focused vaccine programmes for the most vulnerable as we see with the seasonal flu and for coronavirus also it is like that. He further said,

If you are not vaccinated, take the vaccination. If you have taken the vaccine, take a booster shot. Vaccines produce antibodies that can protect against multiple variants to some degree that will help you prevent severe disease and death from other variants that probably include omicron.

Dr Tang added that the early data have suggested that the vaccine protection against the variant is not that high. He said,

If the viral load in the infected person is low, then those vaccinated may not get infected by coming in contact with that person. But. there can be some breakthrough infections. But, the severity of illness that results from the virus, may not be high. So, we are still hopeful that vaccines will protect against severe disease and death.