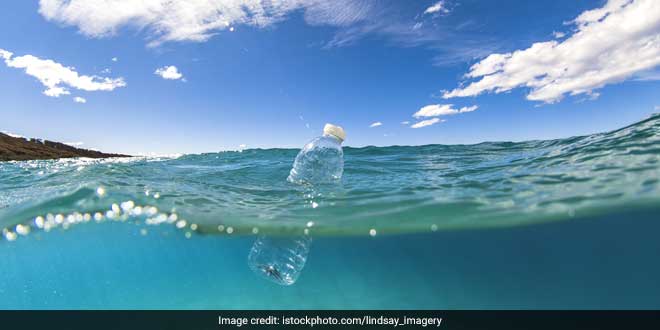 New Delhi: Fishermen in Kerala, along India’s Southern coast, have shown what a community on its own can do to curb plastic waste choking the seas. In a unique initiative to beat plastic pollution, which is threatening both their livelihood and the marine life – the fishermen apart from hauling the fish from their daily trips to seas are also bringing back large quantities of plastic waste. The fishermen community has been doing this from the last 10 months as part of the government’s Suchitwa Sagaram (Clean Sea) project, which aims at reducing plastic waste accumulation in the sea and intends to make waste-free harbours.

With a coastline that stretches over 600 kilometers, Kerala is not just known for its pristine beaches but also as one of the country’s top producers of fish, which is home to more than a million people who largely depend on fisheries for their livelihood. But with the rising tide of plastic pollution in the seas where they do fishing, the fish output has recently been declining.

The initiative ‘Suchitwa Sagaram’ to clean up the seas (launched on August 5, 2017), according to the state fisheries minister J. Mercykutty Amma, was mooted by the Boat Owners’ Association and local fishermen as the plastic pollution was directly affecting both the marine ecology and their livelihood.

What all plastic waste fishermen collect from the seas

As fish trawlers lay their nets in the sea, they end up scooping out huge amounts of plastic that get entangled in the nets along with the fish. In the past, they would simply release the plastic junk back into the water, but now the fishermen – who have received training through the Suchitwa Sagaram initiative – are bringing that plastic back to shore. According to the data reported by the UN Environment, the fishermen community has successfully collected 25 tonnes of plastic waste, including discarded fishing nets, plastic bags and other single-use plastic bottles. Of the 800 fishing vessels that operate from the harbours, around 30 boats bring plastic waste from the sea each day.

Also Read: Tamil Nadu To Ban Use Of Non-Biodegradable Plastic Items From January 2019

Once brought from the sea, the plastic material is collected at the fishing harbour. From there, the waste is fed into a plastic shredding machine, which turns it into material that is then used for road surfacing.

So far, they have removed 10 tonnes of plastic bags and plastic bottles and 15 tonnes of discarded nets, plastic ropes and other plastic items from the sea, said Johnson Premkumar, programme officer for training with the Suchitwa initiative to UN Environment.

Also Read: 63 Ponds Revived In 60 Days: Here Is How People Of Ernakulam District, Kerala, Are Giving A Second Lease Of Life To Ponds

Plastic bags, bottles and other disposables end up in water bodies and landfills after being discarded and from there they often reach the sea and pose a threat to the marine diversity. Fish, and most marine organisms that take in water through their gills, are increasingly at risk of ingesting microscopic plastic debris. Through this initiative, the fishermen of Kerala are not just cleaning the sea but also safeguarding the ecosystem that sustains their livelihoods.

With inputs from UN Environment