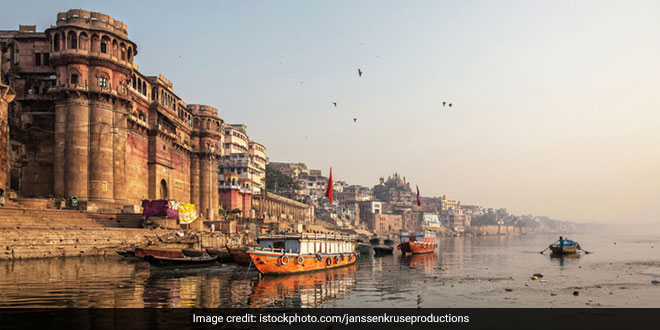 New Delhi: National Mission for Clean Ganga (NMCG) Director General Rajiv Ranjan Mishra has highlighted an immediate need to frame a comprehensive central policy document for river basin management and treated wastewater reuse. He made the comments during a roundtable discussion on ‘Treated Wastewater Reuse Policies and Approaches in India and the European Union-A Comparative Assessment’ organised by NMCG, India-EU Water Partnership and GIZ on Tuesday.

One of the major objectives of NMCG is ‘aviral dhara’, that is maintaining uninterrupted flow in Ganga through a number of measures like improved water use efficiency, promotion of reuse of treated wastewater and demand side management, Mr. Mishra said in his inaugural speech.

He urged all the participants to have an open and interactive discussion to make the roundtable successful in paving the road for a national level policy.

The roundtable was attended by several stakeholders ranging from academics, ULBs, Industries and infrastructure developers. The roundtable was part of the India-EU Water Partnership (IEWP) being implemented by GIZ in cooperation with the Ministry of Jal Shakti.

At the outset, Martina Burkard from GIZ welcomed the participants and provided a brief of the IEWP and ‘Support to Ganga Rejuvenation’ project. She stressed upon the need to deploy holistic river basin management approach and EU practices on treated wastewater reuse.

In his inaugural address, Mr. Singh reiterated the emerging water scarcity issues partially driven by erratic climate events. While he highlighted various successful case studies coming from across the country on reuse of treated wastewater, he emphasised that this is the most appropriate time to frame a national level policy to institutionalise these efforts.

Guido Schmidt, Consultant, IEWP/GIZ, presented the comparative assessment of various elements of wastewater reuse polices from the EU, Spain, and states of Gujarat and Haryana.

The study reviews these policies in view of various elements like designated end-use, quality norms, the objectives, associated risks, financial and implementation aspects. At the closure of the event, it was the unanimous view that a national level comprehensive policy needs to be framed at the earliest to ease the pressure on freshwater resources by reusing treated wastewater.

100 Electric Vehicles Charging Stations To Come Up In Noida, Soon