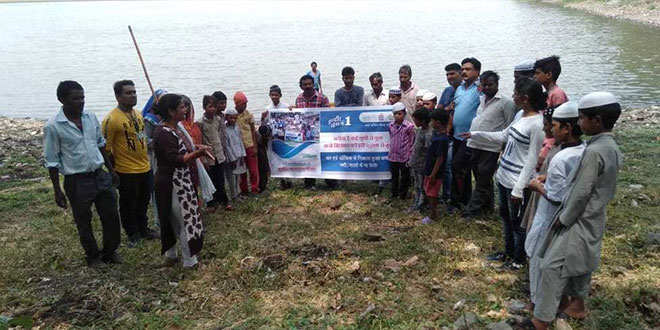 New Delhi: India’s cleanest city for three years in a row, Indore set yet another example of cleanliness as it celebrated the International Yoga Day by giving it a ‘swachh’ twist. Among many private yoga sessions, the city saw four major yoga camps organised by the authorities, where along with yoga, clean-up and plantation drives were undertaken. 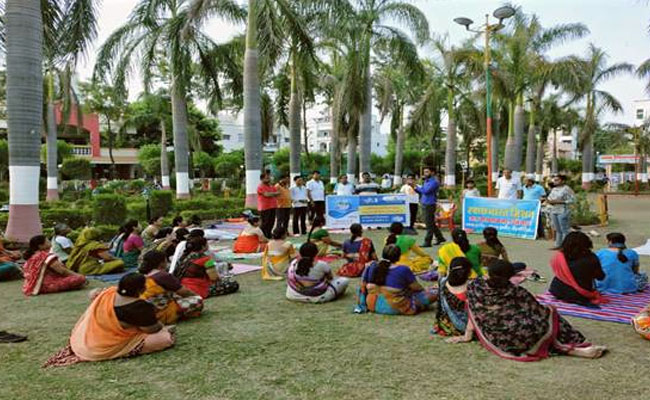 The session started early morning, people who practice yoga on a daily basis and those who don’t, all came together to celebrate the International Yoga Day. Yogis and groups of morning walkers were given the responsibility of informing their friends, families and nearby residents to invite people for the sessions and encourage them to participate in the ‘shramdaan’, Asad Warsi, Environmental Expert, Indore Municipal Corporation (IMC), told NDTV.

The four yoga camps organised by the authorities were at distant locations of the city like Meghdoot Garden, Dussehra Maidan, Former dumping ground Dev Guradia and Airport Park. 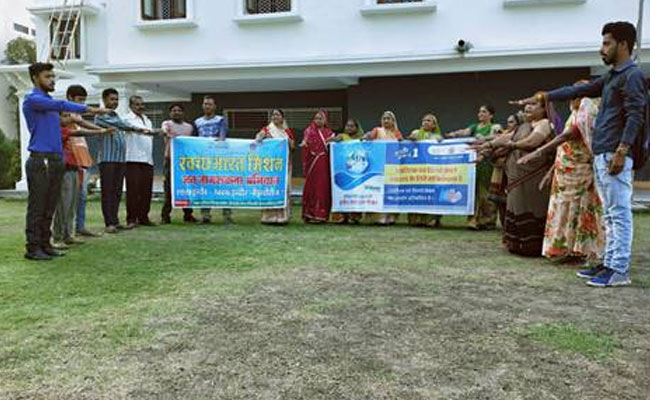 Right before starting the clean-up drive, people took the pledge to keep their city clean

Mr. Warsi further told NDTV that as part of the ‘shramdaan’ (volunteer hours), the authorities identified a few problematic hotspots near each camp and started the day there, with clean-up drives followed by the yoga session and ending the day with planting saplings. He said,

We gathered at the camp, undertook cleanliness drives in the nearby areas, picked up any sort of littering, plastic waste, floral waste among others, in groups and headed back to the yoga camps. To promote greenery and raise awareness about the green cover of the city, we had arranged saplings for them to plant, post the yoga session. We want our citizens to inculcate the culture of cleanliness. 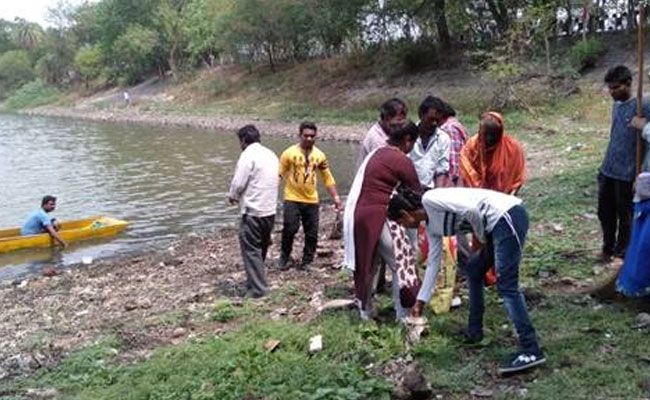 Clean up drive near Khandwa Road 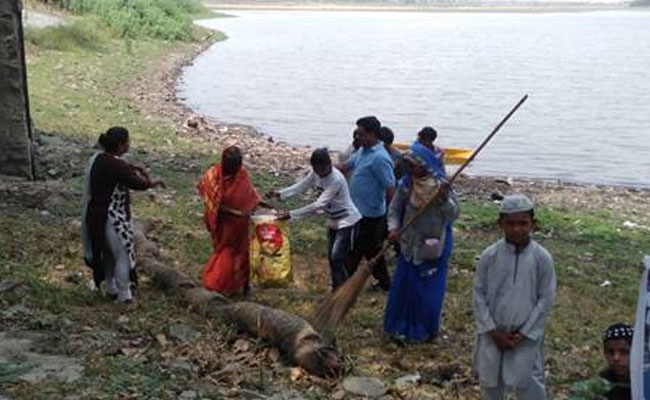 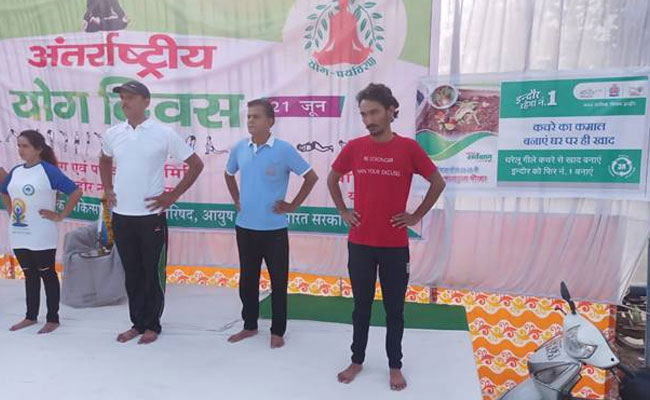 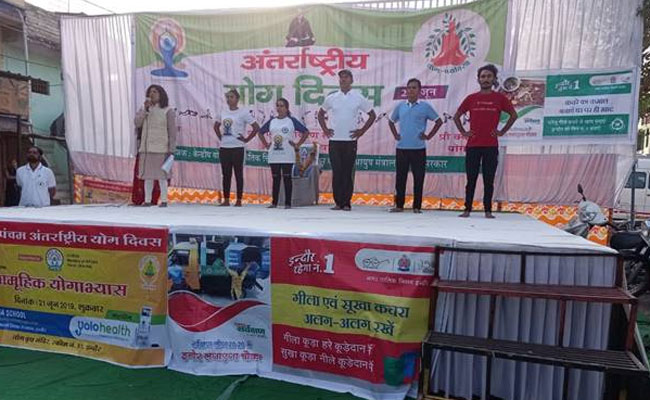 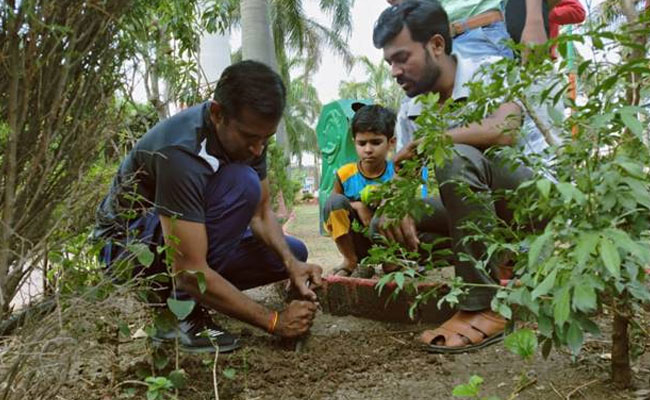 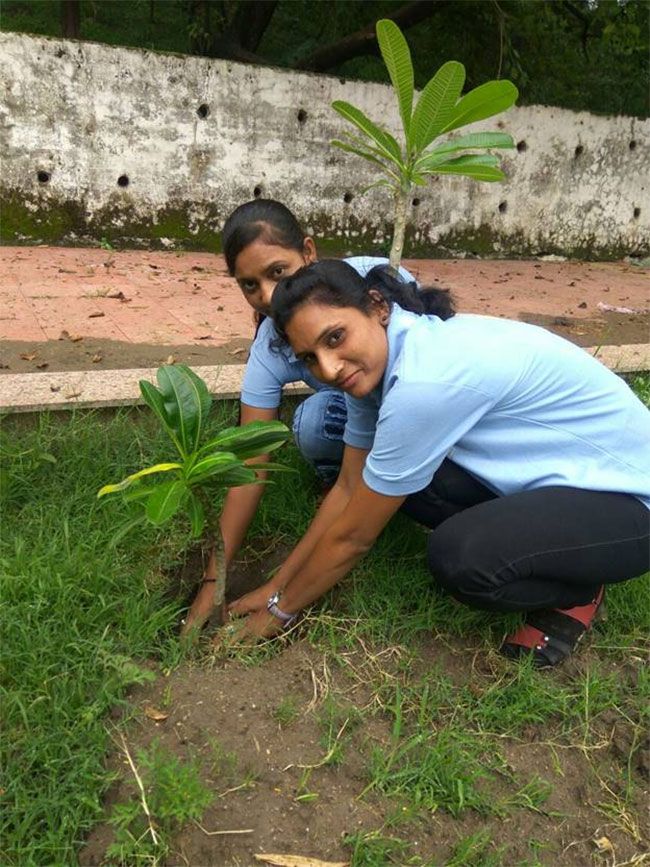 When asked about the turnout for the initiative, Mr. Warsi claimed that there were somewhere between 200-300 people in each camp.

Talking to NDTV about Indore’s determination to remain on the top of the cleanliness scoreboard in Swachh Survekshan 2019 and the areas the administration is focussing on for this year’s survey, Mr. Warsi said,

To retain the title of being India’s cleanest city every year in Swachh Survekshan responsibilities. Every year, we have to change our focus areas and show how we are different and better from other cities. This time, Indore focused mainly on reducing the waste generation in the city. We followed the practice of 3 Rs – Reduce, Recycle and Reuse and planned our activities around this particular theme. Moreover, we made the city ‘a no landfill city’ by removing 15 lakh tonnes of legacy waste in mere six months’ time and have reclaimed 100 acres of land which is now worth Rs. 400 Crores.

Along with the title of ‘no landfill city’, Indore is also India’s first city to attain the title of Open Defecation Free Plus Plus (ODF ++), which means total sanitation in terms of solid waste management, improved sewerage lines, stormwater drains, and pucca cement roads, in addition, to defecation free.

Narmada, Yamuna, Mahanadi, Among Other Rivers Will Be Cleaned On The Lines Of Ganga, Says President